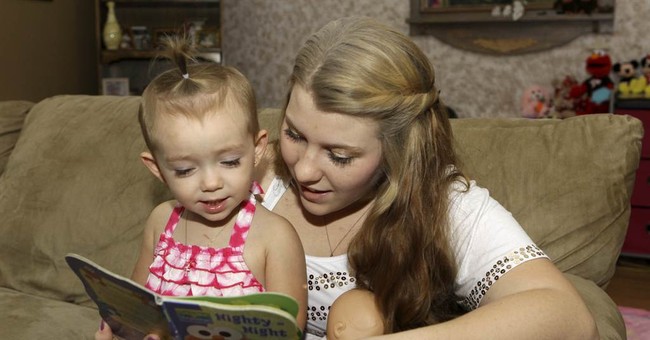 Trending
Most decisions in life are the result of a cost-benefit analysis. When residents in Connecticut consider getting a job, they assume they would be better off having a job than not. They’d be wrong. Because in Connecticut, it pays not to work.

Next Monday, the Cato Institute will release a new study looking at the state-by-state value of welfare. Nationwide, our study found that the value of benefits for a typical recipient family ranged from a high of $49,175 in Hawaii to a low of $16,984 in Mississippi.

In Connecticut, a mother with two children participating in seven major welfare programs (Temporary Assistance for Needy Families, Medicaid, food stamps, WIC, housing assistance, utility assistance and free commodities) could receive a package of benefits worth $38,761, the fourth highest in the nation. Only Hawaii, Massachusetts and the District of Columbia provided more generous benefits.

When it comes to gauging the value of welfare benefits, it is important to remember that they are not taxed, while wages are. In fact, in some ways, the highest marginal tax rates anywhere are not for millionaires, but for someone leaving welfare and taking a job.

Therefore, a mother with two children in Connecticut would have to earn $21.33 per hour for her family to be better off than they would be on welfare. That’s more than the average entry-level salary for a teacher or secretary. In fact, it is more than 107 percent of Connecticut’s median salary.

Let’s not forget the additional costs that come with going to work, such as child care, transportation and clothing. Even if the final income level remains unchanged, an individual moving from welfare to work will perceive some form of loss: a reduction in leisure as opposed to work.

We shouldn’t blame welfare recipients. By not working, they are simply responding rationally to the incentive systems our public policy-makers have established.

Of course, not every welfare recipient meets the study’s profile, and many who do don’t receive all the benefits listed. (On the other hand, some receive even more.) Still, what is undeniable is that for many recipients — particularly “long-term” dependents — welfare pays substantially more than an entry-level job.

In a Connecticut recipient’s short-term cost-benefit analysis, choosing welfare over work makes perfect sense. But it may hurt them over the long term because one of the most important steps toward avoiding or getting out of poverty is a job. In fact, just 2.6 percent of full-time workers are poor, compared with 23.9 percent of adults who do not work.

Even though many anti-poverty activists decry low-wage jobs, starting at a minimum wage job can be a springboard out of poverty. And while it would be nice to raise the wages of entry-level service workers, government has no ability to do so. (Study after study shows that mandated wage increases result in increased unemployment for the lowest skilled workers).

If reducing welfare dependence and rewarding work is the goal, Connecticut legislators should consider ways to shrink the gap between the value of welfare and work by reducing current benefit levels and tightening eligibility requirements. For its part, Congress should consider strengthening welfare work requirements, removing exemptions and narrowing the definition of work.

This article appeared in The Hartford Courant on August 13, 2013.