Employees Increasingly Saying 'No' to Unions

Michael Slabinski
|
Posted: Aug 22, 2017 3:07 PM
Share   Tweet
The opinions expressed by columnists are their own and do not necessarily represent the views of Townhall.com. 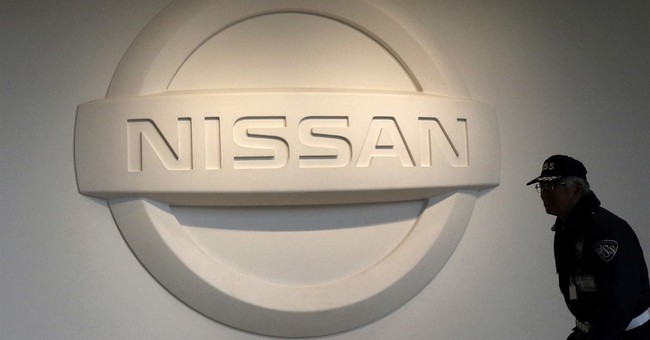 The UAW has been attempting to turn the tide against declining membership numbers and expand to foreign owned factories in the south. According to the National Right to Work website, “UAW has lost 75% of its membership since 1980.” The Canton Nissan election marks a success of the secret-ballot election process in a right to work state, giving workers an active voice to vote on whether or not they want to join a union.

Representative Gary Chism of District 37, referred to the union vote as being, “soundly defeated” and the fact Mississippi is “a right to work state is the reason Nissan and Toyota came to Mississippi in the first place.”

Organized labor has had a difficult time finding workers who see value in joining a modern day union. Many of the old linchpins of union membership are now standard at union and non-union companies alike. Union dues are garnished out of workers’ paychecks then sent to national organizations far removed from a worker’s factory.

Nissan in Mississippi is the most recent of many failed attempts of unionization by the UAW. Similar attempts have been made in Tennessee with Volkswagon and Nissan, with efforts currently underway at a Tesla manufacturing plant in California. The International Association of Machinists and Aerospace Workers also recently failed to unionize a Boeing Factory in South Carolina with 74 percent of the employees voting against union representation.

The recent Nissan vote came on the heels of corruption charges against Monica Morgan, the wife of the late UAW Vice President General Holiefield, and ex-Fiat Chrysler Automobiles’ (FCA) Vice President for Employee Relations Alphons Iacobelli. The charges allege $2.2 million in money and goods were misdirected to Alphons Iacobelli, Monica Morgan and then UAW Vice President General Holiefield during collective bargaining negotiations between the two organizations in 2011 and 2015. Iacobelli, Morgan and Holiefield allegedly used money originally intended for worker training to make illicit purchases of a $350,000 Ferrari, $262,219 in mortgage payments, $357,047 in housing renovations, $71,400 for two Mont Blanc pens and other luxury items.

It is currently unclear how the Nissan vote may have been affected by the pending corruption charges. Inconveniently for the UAW, the charges were made public two weeks after they requested the union vote. The UAW filed for the election on July 10, the charges were filed on July 26 and the election occurred on August 3 and August 4. The charges did not come as a total surprise; according to a Detroit Free Press article recently published by the UAW president Dennis Williams, he “first learned of these issues in January of last year when we were contacted by government investigators.”

Days after workers voted against union representation, Bloomberg reported that Mississippi is one of the top potential states to receive a planned $1.6 billion factory investment by Toyota and Mazda. According to the report, the factory is going to provide 4,000 jobs 'starting in 2021.'”

Employees are voting and consistently saying no to unions. The star studded cast the UAW brought in during their multi-year campaign in Canton is now shifting its focus to lobby the French government to advocate for a Nissan union in Mississippi. Their goal is to connect the partially French owned Renault to its stake in Nissan to attract French involvement in union negotiations in the United States. However, the workers in Canton have already spoken by voting against the UAW representation and demonstrating the strong business and political environment of Mississippi.

Michael Slabinski is a legislative analyst for the Commerce, Insurance and Economic Development Task Force of the American Legislative Exchange Council (ALEC).