Dem Professors: Disney is Racist, and Only Black Guys Like Jazz 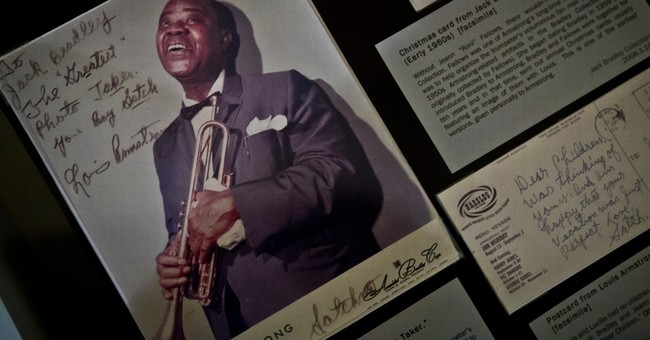 Don’t you just love classic Disney movies? Animated cinematic adventures that espoused the importance of life values, growing up, and the importance of racism… Well, that’s what some lefty professor is arguing at Syracuse University. Apparently, the Jungle Book is just chock-full of racism (and not because of “man-cub’s” strange desire to remain uncultured). Professor Robert Thompson told Yahoo Movies (um… this article was forwarded to me – like most people, I don’t actually visit Yahoo Movies) that the Jungle Book is racist because of something to do with Louie Armstrong.

Apparently, when Mowgli meets the Ape King, young children are being brainwashed with Disney-Technicolor to hate African Americans… King Louie, after all, is a representation of the American Negro, according to the overly sensitive professor. (Seriously, can we just allow something from my childhood to remain untouched by liberals?) According to CampusReform:

Critics have stated that the scene where the ape character, King Louie, sings "I want to be like you” to the human character, Mowgli, he is not just a cartoon animal wishing to be human. Rather, Louie represents an African-American stating that he wants to be a member of the white race, which is represented by Mowgli.

Wow… Now who’s racist? I always figured King Louie was just a power-hungry primate that saw Mowgli as the animal-kingdom-equivalent of a “get-rich-quick” scheme. But, then again, I was six when I first saw the movie. Of course, it gets better:

When Professor Sharpton Thompson was informed that King Louie was actually voiced by Louis Prima (an astoundingly talented Italian singer), he didn’t back off of his comments:

The song is [still] racist, regardless of who sings it, because it has a jazzy tone similar to Louis Armstrong’s music.

Oh… So the song sang in the Jungle Book by a prominent Italian American is derogatory toward African Americans because it was set to the traditionally “Negro” sound of jazz music. (Full disclaimer: This was not my intuitive leap… I’m merely rephrasing the esteemed professor’s contention.) So, apes and jazz are indicative of black people, according to Professor Thompson… But Disney was the racist, right?

Wait: It gets better still. As Disney is ramping up to do (another) remake of the classic animated film, Thompson has taken it upon himself to make sure the new version is politically correct. One fear that PC-minded professors have had in the past, is that racism might still creep through because King Louie spoke “differently than other characters” in the original film.

I mean, sure, Larry the Cable guy speaks differently than most comedians; but I don’t exactly see a bunch of trailer-trash Lynyrd Skynyrd fans upset about every southern accent that comes across the silver screen. (Although, I do see a few angry emails in my immediate future for that last sentence… Full disclosure: Much of my family comes from the south, and is even related to Stonewall Jackson. Love all y’all!)

DePauw University professor Jeffrey M. McCall said, "The King Louie character can have his speaking mannerisms updated in a way that suggests he speaks in a manner similar to other characters.” Right. Because nothing quite epitomizes the fire-hungry chimp like an upper-crest Oxford accent. Hey, maybe he and Shere Khan could be done by the same actor. (Which brings up another point: How come no one finds it racist that the power-obsessed tiger has a King James command of the English accent?)

I know it seems a little useless to tell a couple of PC-obsessed academics to “chillax”… But, c’mon! We’re talking about an animated movie (about a “man-cub”) that was made in 1967. Don’t ya think we could just ease back on the social-psycho-babble for roughly 90 minutes, and enjoy the amazingly groovy jazz music that was highlighted throughout the film? (Oh, which reminds me: Baloo appears to be a welfare king, judging by his signature song. That’s not racist, is it?)

I actually feel kinda bad for Professors Thompson and McCall… They can’t even watch a classic Disney movie (with a Louis Prima soundtrack) without thinking about some black guy blowing on a trumpet. Walt Disney might have had his own personal character flaws, but it kinda seems like these two academic hacks are a little overly obsessed with racist tendencies.