Government Warning: Freedom May be Dangerous to Your Health 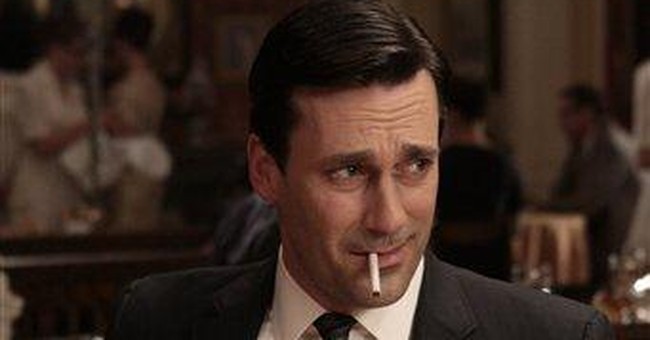 The Center for Disease Control and Prevention (CDC) is trying to ban smoking… Everywhere. Well, at least everywhere someone might be working, so I guess that’s not as many places as you might think. (Hat tip to Obamanomics.) The CDC’s National Institute for Occupational Safety and Health (NIOSH) has suggested banning all tobacco consumption at every work place in the nation… Because, ya know, the nanny-state can never be too big, right?

The ban would apply to not only office buildings, restaurants, and retail stores, but it would also apply to any outdoor location (such as construction sites, landscaping work, and even places like commercial farms). Oh… And it’s not limited to only cigarettes. Even smokeless alternatives would be banned under the Nannycrats vision for a tobacco-free labor force. As a side note: unconfirmed reports of Michael Bloomberg weeping with joy have been trickling in since the CDC decided to out-nanny the former NYC Mayor.

But, really, why stop at merely banning a legal (albeit unhealthy) activity (on private property owned by private businesses)? The CDC, apparently, felt that Bloomberg style regulation wasn’t quite enough overreach for their self-righteous vision of compulsory national health initiatives… Which is why their plan also incorporates a lovely dimension of state-sponsored shaming. According to the Free Beacon:

[The plan would] ban smoking in outdoor work areas and have bosses ask which of their employees smoke so they can “promptly provide encouragement to quit.”

I can only assume that the original language of the proposed regulation – asking bosses to arrange a public flogging for current tobacco-consuming employees – was struck down as “too severe.” Maybe we should just start publicly beating anyone that dares to take a puff from a Lucky Strike... At least that would be more straightforward than crafting a lengthy regulation that usurps property rights and individual sovereignty.

The point of government (according to the notes I took from the Federalist Papers) isn’t to compel the public into making healthy life-decisions… Smoking bans, of any nature, that are imposed by government on private businesses are already an egregious violation of property rights. Oh sure, it might be nice to grab a beer without someone blowing mentholated cancer in your face; but that’s not really the point. Quite frankly, if a private business wants to allow private individuals the choice to light up on private property… well… who is the government protecting in banning such a voluntary arrangement?

The ban on smokeless tobacco and outdoor locations, however, takes things to an even more absurd level. After all, the primary argument behind banning smoke is that other people are exposed to it “against their will”. (Am I supposed to assume that before our current criminalization of puffing away indoors, non-smokers were hog-tied and hauled into smoky bars while they screamed out in protest? Because I don’t really remember those days that well.) Let’s face it: it’s not really possible to get a “second hand” cancer from chewing tobacco. (Eew… Move on before you think about that too much.) Apparently the real objective here is to regulate all you unhealthy tobacco consumers into being healthier, well-adjusted, Americans. I guess we’ll get to banning those high-capacity sodas in the years to come.

To make matters worse, the liberals in DC have also decided that some animals are more equal than others. After all, these are (largely) the same heartfelt progressives that think it’s inappropriate to drug-test welfare recipients. Heck, in Colorado there are activists who are trying to make sure EBT cards will continue to be allowed at marijuana shops. So, go ahead and get high on taxpayer dollars; just don’t you dare smoke a Camel Light, or take a dip of Copenhagen Snuff, if you’re landscaping someone’s yard for a living.

With their latest proposed regulation, the CDC has fully embraced the nannyism of Bloomberg & Company. The trend of using government to inflict “appropriate” life choices on the masses is growing. And while the CDC’s proposed ban will undoubtedly make for a marginally healthier workforce (again… that’s not as big of an impact as it probably should be, given our current employment situation), it’s at the cost of individual sovereignty.

Cigarettes are certainly an unhealthy, unwise, and ultimately devastating habit to pick up… but, then again, so is voting for big government (and that doesn’t even have a 1-800 quit-line).