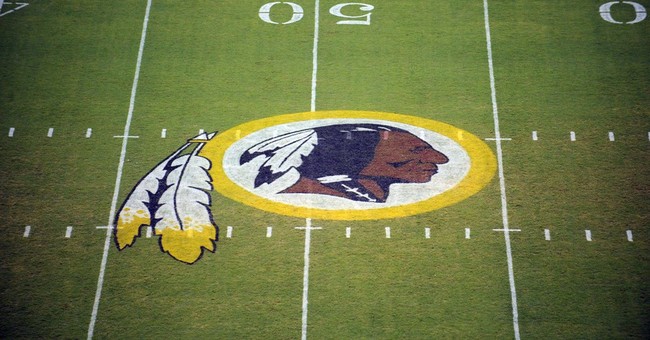 Political correctness is apparently more important than educating children. At least that’s the message I take away from a Colorado Democrat’s plan to defund schools that have “unauthorized” mascots. Wielding the self-righteous tomahawk of political correctness, Democrat Joe Salazar has decided to leverage Colorado’s pawns kids as a bargaining chip in his effort to rid the world of “offensive” Native American mascots.

Under the Thornton legislator’s plan, schools will be required to seek permission from Native American tribes for their western-themed mascots, or go without any state funding. (On the bright side, I can now honestly say I’ve seen a Democrat propose a substantial cut to the state’s education spending.) Glossing over the fact that mascots are rarely chosen through malice (after all, no one is asking to use Salazar as a mascot), deciding to strip all K-12 funding because of a team name seems a little draconian.

Salazar has defended his school de-funding program, claiming it is necessary for an inclusive, and sensitive, public policy agenda. After all, we can’t have schools going around naming their teams after some noble piece of Western heritage… I mean, there’s a possibility that someone might get offended, right? Don’t we all have the right to never be offended? Isn’t that listed somewhere in the Bill of Rights, or something? (Seriously, I will pay handsomely for an effective sarcasm font.)

“Legislation doesn’t really change attitudes. Instead it changes behavior,” Salazar said. “You want to continue using your racist and your stereotypical imagery? Then we don’t have to fund that.”

Ok. I get it, Joe. Everyone’s racist (except you, apparently). But thank heavens you’re here to pull funding from our children’s schools because of some misguided belief that any mention of Native Americans is likely derogatory; that should straighten us out real quick.

Of course, there is a way for schools to keep their vital funding, and their apparently racist mascot: They have to ask permission from potentially afflicted parties. In other words, all Native American mascots will be considered offensive, obtuse, racist, and cartoonish… Oh, unless you have a permission slip. Then, I guess, we can continue to expose our kids to an otherwise “demeaning” team nickname.

Appearing on the Dan Caplis Show (710 KNUS), Salazar again defended his plan to kick kids out of school if their administrators don’t get hip with political correctness. Heck, he even tried to blame the schools in the event that some administrators decide to keep their traditionally honored mascots:

“Is the school willing to not educate these kids by continuing the use of derogatory, or discriminatory imagery of Native Americans?”

Caplis was quick to point out that despite Salazar’s extortionist tone, in the end there is only one reason such a school might lose funding: Because Salazar feels like imposing his brand of social justice by holding education hostage.

“There are people out there who still reside in the world of ignorance” Salazar justified.

Yeah, there is a whole demographic of ignorant people wandering around the nation. And they’re called “Progressives”. Defunding a child’s education, because his school dares to cling to an image of Western history that may (or may not) offend someone, isn’t exactly being “enlightened.” I mean, are we really living in a world where it will soon be illegal to accidently offend anyone?

Because, if that’s the case, I think you’re quickly making a criminal out of yourself, Mr. Salazar.