Republican Gets Ejected from Interview for Pointing Out Liberal Bias 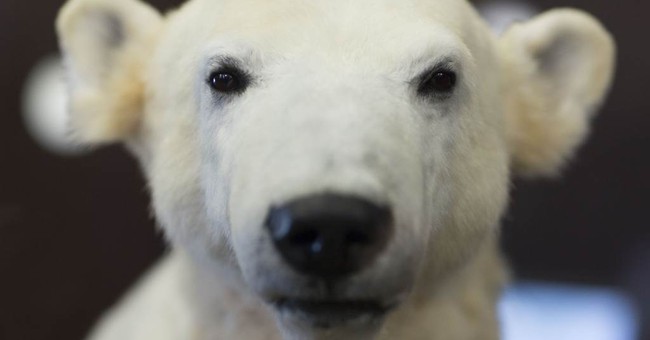 A Republican candidate for US Senate was kicked out of a recent interview for having the audacity to point out a reporter’s disrespect and liberal bias. The unforgivable sin was committed by Oregon Republican Mark Callahan, after a reporter equated his skepticism of global warming to believing in the Easter Bunny, and writing down “blah, blah, blah,” as a fellow Republican answered a similar question.

Yes… Offending paper-skinned, pen-wielding, liberal journalists is clearly a sin so grave that even candidates for US Senate find themselves censored and silenced. The drama began when Callahan chastised reporter Nigel Jacquiss for mocking a fellow candidate’s answer. Soon, he too, was the brunt of the reporter’s childish attempts at condescension and ridicule. Via Mediaite:

After the Willamette Week reporter was called out for his profoundly amateurish scribbled notes (which were cleverly disguised as blatant mockery) by Callahan, he proceeded to equate the Republican’s views on Global Warming to that of an ignorant child. (Fair and balanced. Right?)

Having been a News Director, and also a mildly-well-behaved human being, I can tell you that the reporter crossed a line. He went (quickly) from a respectable journalist to a fact-less, indignant, petulant ideological rival, with the mere roll of the eyes.

The real line should have been drawn when the hack-reporter decided to take a personal (and entirely cantankerous) jab at the candidate’s personal opinion on Global Warming. And yet, the candidate found himself with “two strikes” for having had the audacity to suggest that the feeble minded “journalist” harbor some remote degree of intellectual tolerance. I mean, can you imagine the hell that would befall a conservative if he dared to ask Jay Carney whether or not the President planned on employing unicorns in his Foreign Policy? (Also: Are unicorns included in Obama’s foreign policy? Or are we still waiting for him to develop a policy of some sort?)

Of course, this tends to be the standard operating procedure for leftists, progressives, and school-yard children. After all, students at Harvard are vying to eliminate academic freedom, Congressmen are encouraging the IRS to audit conservative groups, Harry Reid labeled militia members in Nevada as “Terrorist wannabes”, and a no-name weekly paper dares to censor the victim of disrespectful mockery? Dissent, intelligent debate, and the loyal opposition are not tolerated by the self-proclaimed ideologically infallible leftists in America.

The fact that Callahan managed a quip about the thin skinned liberals who masquerade as reporters may be the only decent thing to surface from the incident. While Jacquiss murdered professional journalism with a very sarcastic verbal-meat-cleaver, Callahan (at least) managed a brief display of objective outrage. So, really, it was kinda like watching most cable news networks.

And, for the record, the Easter Bunny and Global Warming have a lot in common... Which probably explains why Liberals believe, so strongly, in the latter.