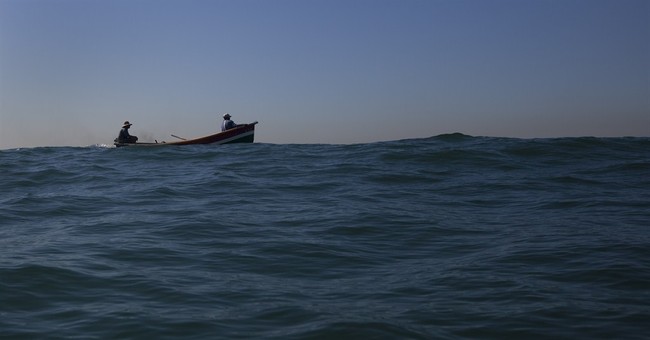 Assuming the position of “Supreme Leader” of the US government, President Barack Obama has named a new casualty due to the (partial) shutdown of the Federal Government: The Ocean.

Over 1,100 square miles of ocean has been declared off limits to the public in the Florida Bay. Apparently, unknown to most Americans, allowing boats to meander into open water is a cost that has proven to be unsustainable in the event of a government shutdown. Well. . . At least that’s according to the National Park Service.

Therefore, it only makes sense that the Federal Government allocate personnel and equipment to enforce the closure of 1,100 square miles of ocean that would otherwise require no maintenance or personnel whatsoever. I mean, do we pay those fish? What expenditure are we curbing by designating guards to keep boats off 1,100 square miles of open water?

So just like the WWII memorial, the Vietnam Memorial, and other open-air memorials, the government is expending more resources shutting them off to a taxpaying public (who technically own all those memorials) than if they were to simply leave them alone.

But, it gets worse: Even Catholic Priests are facing arrest if they dare volunteer at army bases for Sunday service. Why? Maybe because the Federal government has decided it must inflict more pain on our men and women in uniform during the shutdown. Maybe the Chaplains and priests should hold their Sunday service on the greens of Andrews Air-Force Golf Course. After all, that’s still open.

Oh, and is the “People’s House” – Ya know, that white colored home we allow the President to live in while he’s in office – still closed to tours? I’m beginning to think the President is a little fuzzy on who actually owns all these parks, memorials, and federal lands. . . Not to mention the ocean.

Even areas of bipartisan agreement (such as the funding for NIH pediatric cancer treatment) have been rejected by the President and Senate leadership. Apparently treating pediatric cancer is not as important to Democrat Leadership as winning a political victory.

The President, as well as Democrat leadership such as Harry Reid and Nancy Pelosi, feel that it is their right to use the power of the Federal Government to coerce and intimidate the masses into submission. The selective enforcement of the government shutdown has highlighted the extent to which liberals see government as a tool to win political battles, rather than an arbitrator of justice and protector of rights. Pain has been inflicted, closures declared, and funding stripped in purely political calculations to browbeat the American public (and more importantly, the Republicans) into a state of acquiescence.

The President’s temper-tantrum-governing, however, trudges on as he closes the oceans, bullies veterans, and violates the 1st amendment of military personnel. The most audacious part of his childish tantrum, however, is his insistence that only absolute compliance with his demands will rescue us from the pain imposed by his decisions.