No Sea Change on Fear of Big Government 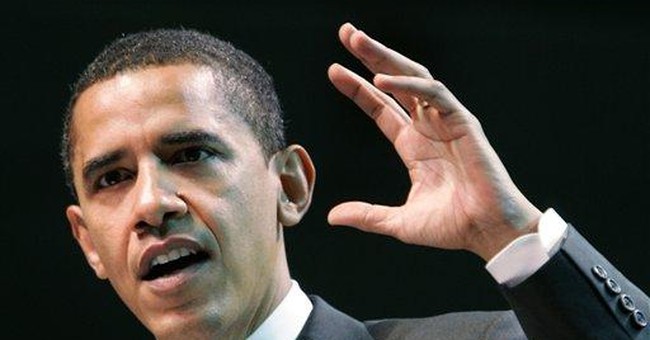 In our darker moments, dispirited conservatives nurse the paralyzing nightmare that the election of Barack Obama brought with it a profound change in public attitudes toward big government. For the last few months, major media outlets and the Democratic establishment have heralded just such a tectonic shift. In one typical headline, on the very day (April 15) that millions protested the expansion of federal power with coast-to-coast “tea parties,” USA TODAY ran the front page headline: “Most Americans OK with Big Government – for now.”

Nevertheless, closer examination of the poll that inspired that article, in addition to other recent surveys, suggests most of our fellow citizens remain more fearful than reassured at the prospect of growing government power and spending.

The USA TODAY/Gallup poll cited on April 15th asked respondents: “Do you think President Obama’s economic proposals call for too much government spending, the right amount or not enough?” A solid 55% (more than Obama’s percentage of the November vote) believe the President wants to spend “too much” as opposed to just 9% who feel he’s spending “not enough” – a crushing ration of six-to-one. Even when including the 33% who think the president seeks to appropriate “the right amount,” there’s still a clear majority for those who feel he’s over-spending against the combined total of those who like his spending levels and those who want taxpayers to cough up even more (55% to 42%).

Moreover, the same poll gave people the chance to sound-off on their attitude toward the current balance between governmental activism and private initiative. In answer to the question, “Is the government trying to do many things that should be left to individuals, or should the government do more to solve the country’s problems?” a clear margin emerged for those who believe the bureaucrats already attempt too much --- 50% to 42%.

A more recent Gallup Poll (released on April 20th) provided even more unmistakable evidence that big majorities still dread the rampaging expansion of government. The survey asked, “In your opinion, which of the following will be the biggest threat to the country in the future – big business, big labor, or big government?” A sold majority (55%) identified “big government” as their chief worry, while all the horrible publicity on Wall Street and its excesses pushed the terror of “big business” only to 32%. In fact, by taking the logical step of combining those who fear big government with those who fear big labor, that makes 65% -- or just under two-thirds---who see our future menaced by institutions (government bureaucracy and major unions) identified unequivocally as liberal.

Some commentators made much of the fact that fear of “big government” actually declined in the nearly two years since the last similar survey. In December, 2006 (the middle of the second term of the Bush Administration) 61% feared “big government,” but that concern dropped slightly to 55% in the third month (March 27-29) of the Age of Obama.

In fact, that drop occurred entirely among Democrats, while Independents and Republicans either maintained or actually increased their anxiety about big government. The big shift in Democratic attitudes toward government between 2006 and 2009 (the percentage identifying “big government” as the number one danger slipped from 55% to 32%) makes sense given the change of administrations. The incessant propaganda about the reviled George W. Bush (emphasizing his incompetence, alleged religious fanaticism, imperialist ambitions, and purportedly Hitlerian lust for blood and power) naturally let self-identified Democrats with a healthy distrust of government power as long as the dreaded Republicans maintained their control. If nothing else, the election of Barack Obama reassured these nervous, partisan Democrats (but only the Democrats) that they had nothing to fear from government with their messianic favorite in control.

In fact, the sudden Democratic reversal and the current identification of business rather than government as the biggest threat (52% to 32%) presents a major opportunity to Republicans. In this regard, independents – the crucial swing voters who decide every election and gave Obama his victory last year – far more closely echo Republican attitudes than they do the thinking of the Democrats. Independents chose government as a bigger danger than business (by 29%) while Republicans fingered the government menace even more decisively (an amazing 70%), Meanwhile, it’s Democrats who demonstrate that, on their attitudes toward corporate versus federal power, they stand far outside the mainstream: Dems fear business more than government by 20%.

In other words, in their relative comfort with big government, Democrats part company with Independents by the vast margin of 49%. It’s the party of Obama that has abandoned the great American Center on attitudes toward the private sector, not the party of Reagan.

The most impressive aspect of recent polling involves the stable majority that dreads government more than business. Even after all the setbacks in the corporate world, and nearly three months of soothing Presidential rhetoric about hope-and-change, most moderate and conservative Americans still agree with the unbeatable formulation of Ronald Reagan: “Government isn’t the solution to our problems; government is the problem.”

There’s been no fundamental alteration in the traditional American preference for private sector remedies above bureaucratic strategies. With no sea change in public sentiment (despite misleading proclamations from the media), conservatives should feel confident in sailing forward to reconnect with that larger public that already shares our basic instincts.