A Long Tradition of Fringe Parties and Paranoia 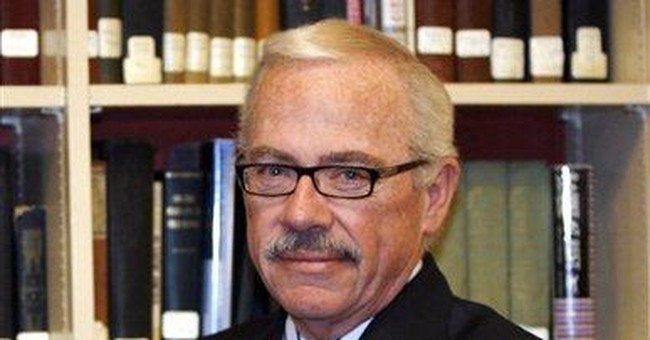 The fringe candidates in this election cycle – Cynthia McKinney of the Green Party, Bob Barr of the Libertarians, Chuck Baldwin of the Constitution Party, Ralph Nader in his independent run – all to some extent rely on deeply paranoid conspiracy theories to power their campaigns. In this, they honor a long and embarrassing tradition for third parties, who have usually blamed their own lack of power or influence on the diabolical plots of some secretive group or another.

In fact, the first significant third party in American history arose from fears that a popular fraternal organization actually constituted a murderous power elite that threatened the very foundations of the Republic. The Anti-Masonic Party won startling success in the 1820’s and ‘30’s by focusing on wild suppositions concerning the mysterious disappearance of a hard-drinking bricklayer in upstate New York. William Morgan fell deeply into debt in 1826 and began quarreling with fellow members of the local Masonic lodge in Batavia, then threatened to make some money by writing a sensational book revealing the dark secrets of Freemasonry. On September 11th (!) authorities arrested him for his unpaid debts and a group of Masons abducted him from the village jail. Morgan never returned and no one ever found his body, but accounts of his alleged murder became a national sensation –while the Masons denied all wrong-doing.

The lurid case – and the relatively light punishment for those accused of Morgan’s kidnapping – gave rise to an impassioned political movement, demanding the suppression of Freemasonry and a ban on all Masons holding public office. So many prominent leaders proudly identified as Masons – including Benjamin Franklin, John Hancock, Presidents George Washington, James Monroe, Andrew Jackson and James K. Polk, Chief Justice John Marshall, Speaker of the House Henry Clay and New York Governor DeWitt Clinton – that the Anti-Masonic Party successfully mobilized general resentments toward the privileged and the powerful. The party published 35 weekly newspapers in New York alone. They elected governors of both Pennsylvania and Vermont as protest candidates and drew young anti-Jacksonians into politics for the first time (including William Henry Seward, future Senator and Secretary of State). Another militant member of the Anti-Masonic movement, Thaddeus Stevens of Pennsylvania (later the Republican leader of the House who led impeachment efforts against President (and Freemason) Andrew Johnson), summed up the party’s subtle, understated approach by characterizing Masons as “a feeble band of lowly reptiles” and describing the Masonic Grand Lodge as “a chartered iniquity, within whose jaws are crushed the bones of immortal men, and whose mouth is continually reeking with human blood, and spitting forth human gore.”

The Anti-Masons themselves spat forth a major political innovation: convening the first ever national presidential nominating convention in 1832. They chose as their standard-bearer the distinguished legal scholar William Wirt of Virginia, who served longer as U.S. Attorney General (twelve years) than anyone in history. Ironically, he was also a long-time Mason who had recently left the order, but pointedly defended and praised it in his acceptance speech. Running against active Masons Andrew Jackson and Henry Clay, Wirt drew 7.78% of the popular vote, carried the state of Vermont (for seven electoral votes) and finished ahead of President Jackson in Massachusetts. Despite this impressive showing, Wirt retired and the party quickly collapsed – though as late as 1884 Jonathan Blanchard (founding president of the esteemed Christian institution, Wheaton College in Illinois) ran his own quixotic presidential campaign on the Anti-Masonic Ticket.

Despite the abject failure of all the “anti-Masonic” agitators, in the last 180 years we’ve remained obviously free from the horrifying domination of Freemasonry—though some of the followers of today’s fringe parties (many of whom suffer night-sweats over the “North American Union” and other chimeras) may still insist that our very freedom is nothing more than an illusion, planted by the diabolical forces always ready to impose their conspiratorial will.