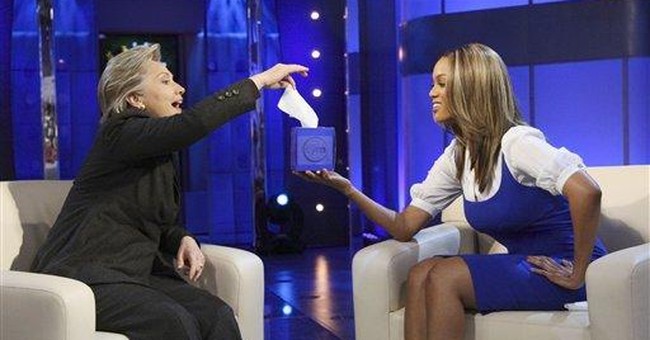 Hillary Clinton’s controversial comments about Martin Luther King exposed one of the worst aspects of contemporary liberalism: its preference for governmental remedies for every imaginable human problem, and taxpayer support for every worthwhile national endeavor. Though she has been charged with racism, her perspective actually reveals an even more dangerous and poisonous prejudice: we can call it “governmentism.”

The candidate’s latest firestorm began when she responded to a reporter’s question about an Obama speech in which he implicitly liked himself to Dr. King with his visionary, inspiring “I have a dream” rhetoric. To trump this message, the New York Senator awkwardly declared: “Dr. King’s dream began to be realized when President Lyndon Johnson passed the Civil Rights Act of 1964. It took a president to get it done.”

Of course, numerous African-American commentators denounced the statement as racist and wrong-headed—an effort to minimize the significance of the first serious black candidate for President by dismissing the achievement of the greatest black leader in history. Senator Clinton damaged herself even more with the timing of her gaffe: seeming to insult Dr. King just two weeks before the national holiday to honor his memory. Above all, it wasn’t even arguably true that “Dr. King’s dream” only “began to be realized” in 1964. The previous efforts of Civil Rights pioneers like Rosa Parks, the Montgomery bus boycotters, the Freedom Riders, the participants in lunch-counter sit-ins, and the litigants in lawsuits like Brown-vs.-School Board had already fatally weakened, if not completely dismantled, the system of legally-mandated racial segregation rightly described by Jesse Jackson as “American apartheid.”

By suggesting that such heroic efforts by private citizens only mattered when they crystallized in sweeping federal legislation, Hillary expressed the idiotic liberal fallacy that any achievement needs government sanction in order to matter.

In the field of the arts, this attitude leads to the leftist obsession with federal funding and sponsorship even where it isn’t needed. Public Television, for instance, draws nearly all of its funding from corporate underwriting and viewer contributions. Nevertheless, PBS fights fiercely, even fanatically, for continued federal support even when an estimated 85% of its budget comes from non-governmental sources. For liberals, the significance of official approval counts more than the added flexibility and even creativity that might follow from disentangling public broadcasting from the political process. Similarly, so-called “arts advocates” expend ferocious efforts to protecting grants from the National Endowment and other governmental agencies, even though more than 98% of national funding for creative arts comes from private sources. Controversial creative talent like Karen Finlay (who became famous for smearing her naked body with chocolate as performance art) and Andres Serrano (who offended millions by immersing a crucifix in a jar of his own urine) had already achieved wealth and renown without the modest federal support they got from Washington. The fight over their work was always about sponsorship, not censorship: they battled to retain funding not because they needed it, but because they craved official approval.

The same thinking applies to the current debate over same sex marriage, where “gay rights” advocates insist that they can enjoy richly rewarding, long-term relationships only when government recognizes and sponsors their unions. When these activists insist that many gay couples express their love and even raise children in beautiful, honorable, lasting relationships, they contradict the main premise of their argument for changing marriage laws: that such intimate arrangements require government sanction in order to flourish. If so many homosexual couples already live such rewarding lives, then how can they claim that they need bureaucratic support to achieve their dreams? When it comes to the demand for “equal rights,” gay couples can already arrange legal contracts that combine their lives and fortunes in the style of heterosexual, married couples, they can celebrate their relationships in church services, and otherwise pursue their passions without societal interference. The demand that these arrangements remain incomplete without official recognition reflects the prevailing leftist emphasis on the importance of public sector over private sector institutions.

In suggesting that a federal law pushed by a corrupt Democratic President mattered more in realizing Dr. King’s drive for equal justice than the alteration of national attitudes the Civil Rights movement had already achieved, Hillary Clinton expressed the one-dimensional “governmentism” that blinds liberals to the significance of private efforts – charitable, familial, economic and communal. Leftists always prefer bureaucratic solutions to intimate efforts when it comes to confronting serious problems. They don’t recognize that the celebrated Civil Rights Act of 1964 followed the Civil Rights Revolution of the previous ten years; it was an effect, not a cause, of a sweeping national change.

For Senator Clinton and her colleagues, changing laws in the Civil Rights era mattered more than changing hearts. It’s not so much an expressionism of racism as one more sad example of wrong-headed liberalism.