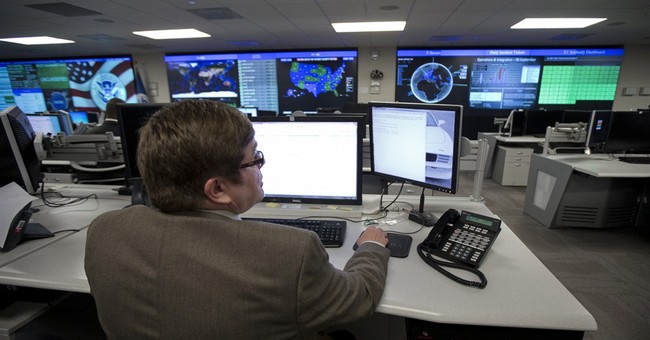 EDITORS NOTE: This was originally submitted for publication in a font that our website and mobile platform disgronifiers interpreted as "Sarcasm Font," but we are unable to verify that. The facts are verified but the suggestions may not be...

A group of House Democrats have introduced legislation that would give federal workers a 3.8% pay hike. This would undo a spending agreement from 2010 that limited wage increases to 1% annually. Gerry Connolly (D-VA) introduced the bill with 31 Democratic cosponsors, including Eleanor Holmes Norton (D-DC).

Calling it the Federal Adjustment of Income Rates Act, or the FAIR act, Connolly said this:

No other group in our country has been demonized, demoralized and asked to sacrifice more than our federal workforce. They have been disparaged and belittled.

Indeed. Here's the problem: This proposed 3.8% increase is woefully insufficient and there are 4 good reasons to justify that they should receive far more. Far far far more.

1-It will keep federal workers from becoming homeless. The value of Washington DC real estate has increased by 36% since 2010. How is it fair to give an increase in salary that is roughly 1/10th of the increase in the cost of shelter? Since no one wants our public servants to be homeless, a much larger increase should be proposed.

2-They'll be able to know what the time is. Since 2010, a basic watch -- the Patek Philippe simple Calatrava, for example -- has increased in price by 25%. Without knowing what time it is, it would be unreasonable to expect bureaucrats to be functioning at their desks when their offices open. A larger increase to guaranty their timely arrival should be easy to understand.

3-It will make continuing education affordable. The cost of a Harvard JFK School of Government graduate degree in public policy is up over 25%. A good education is in the best interests of all Americans and an inability to obtain one due to prohibitive costs is immoral. A $73,972 annual cost, relative to the size of the U.S. economy, is literally pennies.

4-It will make us more like Europe. Malta, Cyprus, Luxembourg, and Belgium all have wage-index levels in excess of the proposed percentages, especially given that there's been no change since 2010. If America cannot be better than these European leaders, isn't that embarrassing? Can't we do at least as good as Malta? Or Cyprus?

Even respected uninvolved parties support this change and would certainly be on board with a larger and fairer share:

J. David Cox, the President of the American Federation of Governmnet Employees said this:

A 3.8 percent pay raise would help federal employees recoup some of that lost income and ensure the government is able to recruit and retain the high caliber workers that taxpayers expect.

Colleen Kelley, the President of the National Treasury Employees Union made a similar comment:

Faced with shrinking resources and meager pay increases — if at all — federal agencies and employees are finding it harder to accomplish their missions.

Here's the bottom line: if 3.8% is fair and good, something much more substantial would be even better.