The Betrayals of a Community Organizer 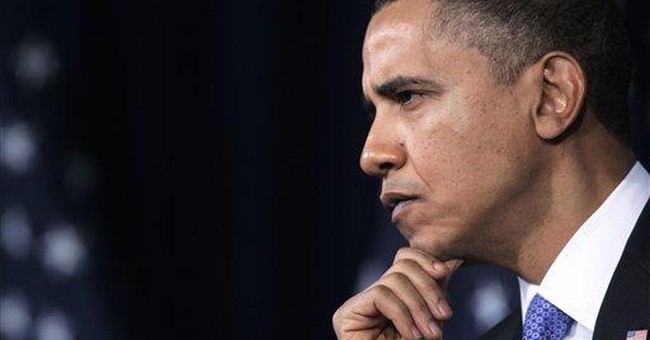 WASHINGTON -- Former community organizer Barack Obama once seemed to recognize the important role of community institutions. It was among his few credible claims to ideological outreach. On the eve of his inauguration, cameras in tow, Obama took a paint roller to the walls of a D.C. homeless shelter. He retained the White House office that promotes community and faith-based charities. In June, during a speech saluting nonprofits, he said, "Solutions to America's challenges are being developed every day at the grass roots. And government shouldn't be supplanting those efforts, it should be supporting those efforts."

But alliteration carries little weight in the budget process (to the disappointment of speechwriters everywhere). For the second budget in a row, President Obama has proposed to reduce the tax deductions on donations by the wealthy, making it about 10 percent more costly for them to give to charity -- and gaining the federal government about $300 billion in revenues over 10 years.

The public justification for this tax increase is fairness. The budget reads: "Currently, if a middle-class family donates a dollar to its favorite charity or spends a dollar on mortgage interest, it gets a 15-cent tax deduction, but a millionaire who does the same enjoys a deduction that is more than twice as generous." In the last budget season, Obama argued this tax increase would "equalize" a disparity and "raise some revenue from people who benefited enormously over the past several years."

Seldom has economic foolishness been more audacious, or populism more destructive to actual people. To begin with, the wealthy currently receive a 35 percent deduction for their charitable donations because they pay taxes at a 35 percent rate. Excluding a dollar in income from their taxes gains them a larger percentage benefit only because they pay a higher, progressive tax rate on their income. So why not boost the charitable deduction for the middle class to 35 percent in order to end this disparity? Because the administration's goal is not fairness, it is federal revenue.

And who would provide this revenue? The administration responds: the wealthy. But that is not quite accurate. Under this proposal, the selfish rich -- people who buy Bentleys instead of donating to colleges, hospitals and charities -- would not be affected. Only the generous rich would be targeted. Instead of punishing the wealthy, this proposal punishes that subset of the wealthy who are giving away their wealth. That'll serve 'em.

The administration goes further, arguing that this tax on the generous rich won't influence the level of charitable giving very much, presumably because these idealistic saps will keep on donating even after they are penalized. But economic research shows what common sense indicates: When you tax something you get less of it, and when you subsidize something you get more of it. Roberton Williams of the Tax Policy Center estimates this tax proposal would cause a $10 billion drop in donations out of the $300 billion that Americans give annually -- not a charitable apocalypse but a strain, particularly as nonprofits deal with the effects of the recession. Nonprofits, it turns out, depend on support from people who make profits.

The symbolism is even larger than the economic consequence. During the last budget cycle, some defenders of this proposal argued that a tax on giving would actually help the nonprofit sector by funding greater health coverage, which would relieve pressure on nonprofit social service providers. With health reform now on life support, this bank-shot justification is even more absurd. The Obama administration is left with one argument: that the federal government would use the money gained from this tax better than would the private sector. The president is welcome to make this case, but he can no longer simultaneously claim to be a champion of the nonprofit world. This proposal indicates not only an ideological enthusiasm for expanded government but also a disdain for civil society.

The defense of civil society is an issue that can fall through a political gap. Many liberals are frankly distrustful of the motives and methods of community and faith-based institutions. Many conservatives view civil society as an alternative to government -- ignoring that government policy, including tax policy, can be needed to increase the strength and scale of these efforts.

But nonprofit institutions -- from charities to colleges to churches -- are the primary explanation for America's democratic health. They encourage self-government, provide essential services and balance the pretensions of the state -- contributions you'd expect that any community organizer would understand.