Too Small to Lead 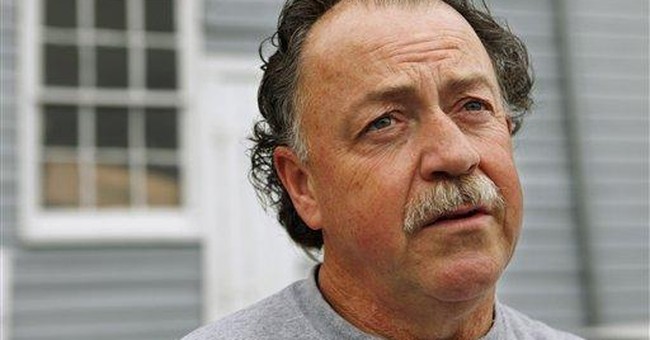 In November 2008, Obama was the first Democrat since Lyndon Johnson to win the electoral votes of the Commonwealth. Obama's victory was a case study in how he might transform American politics, building an alliance of new voters and suburban Southerners to defeat Republicans at the heart of their power.

A year later, the Virginia governor's race displays a Democratic promise gone crusty and stale. The Republican candidate, Bob McDonnell, threatens to turn a lead into a rout. Democratic leaders, getting a head start on recrimination, fault Deeds' political skills, but mainly his tirelessly negative campaign. While McDonnell has talked of jobs and roads, Deeds has spent millions on ads warning of the Talibanization of Virginia by Mullah McDonnell, who was accused of opposing birth control, women in the workplace and breast cancer screening. The charges did not stick. One unnamed White House official recently complained that Obama "had drawn a road map to victory in Virginia. Deeds chose another path."

But there is another explanation. Perhaps Deeds and Obama have declined in support for the same reason -- because they are taking the identical path.

It is difficult to remember now, but Obama was elected largely for his tonal, not ideological, appeal. His announcement speech in Springfield, Ill., denounced "the smallness of our politics." At the time, Obama adviser David Axelrod explained, "If you can inspire people and if you can give them something real to believe in, you can advance your campaign without tearing everybody else down." During the primaries, Obama ended up benefiting from the contrast to Hillary and Bill Clinton's wrecking crew.

But the tonal candidate also had a conventionally liberal policy agenda. And as that agenda has run into resistance -- on spending, health care and climate legislation -- the president's tone has utterly changed.

The Obama administration has gone after both Rush Limbaugh and the U.S. Chamber of Commerce -- showing an inability to distinguish between the burning of heretics and the burning of bridges. It has courted insurance companies, then publicly demonized them for showing independence. Obama has tended to define all opposition, particularly on health care, as resulting from fear, cowardice and selfishness -- instead of admitting genuine disagreement. At a recent fundraiser, he mocked Republicans as robots who "do what they're told." He has engaged in consistent, classless, self-excusing criticism of his predecessor. Other presidents have been known for a war on totalitarianism or a war on terror. Obama is known for a war on Fox News.

"The campaign," say Jim VandeHei and Mike Allen in Politico, "underscores how deeply political the Obama White House is in its daily operations -- with a strong focus on redrawing the electoral map and discrediting the personalities and ideas that have powered the conservative movement over the past 20 years." Republican Sen. Lamar Alexander -- a conservative, but not normally an angry one -- describes these tactics as behavior "typical of street brawls and political campaign consultants." It is also behavior typical of Senate Majority Leader Harry Reid, who called town hall protesters "evil-mongers," and House Speaker Nancy Pelosi, who labeled them as "simply un-American."

There are many reasons why Obama, according to Gallup, has suffered the largest decline in approval, at this portion in his term, of any elected president since 1953 -- and why more Americans believe in UFOs than approve of the job done by Congress. But one reason is surely the bitter, brittle tone of the new Democratic establishment -- highlighted by the promise they have raised and disappointed.

How did the tonal candidate become so tone-deaf? We have always known that there are two Obamas. One is the thoughtful, Niebuhr-quoting professor, who listens to every side and speaks inspiring words of unity. The other Obama comes from Chicago, and suffers from an excess of Chicagoans around him. Many Democrats seem to like the street-brawling side of Obama and his team. Many independents and Republicans seem less enthusiastic that Mr. Hyde has moved in his furniture and clearly plans to stay.

America in 2008 and Virginia in 2009 show that tone is an underestimated factor in American politics. Positive candidates in these races have looked like leaders and winners. Negativity has seemed trivial. Virginians seem to be deciding that Deeds is too small to be governor. Obama seems intent on proving that he is too small to be an effective president.