Off to Camp, and Beyond 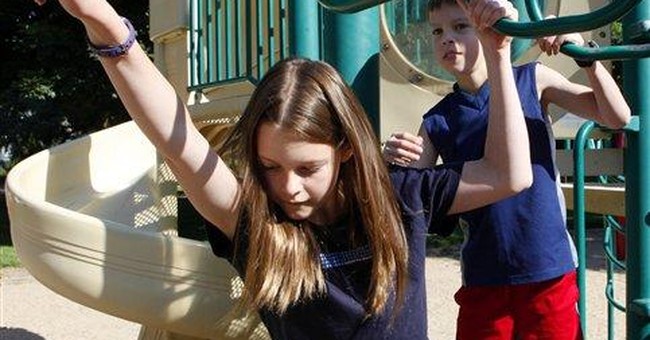 WASHINGTON -- In the venerable tradition of summer, my wife and I sent our two children -- a tween and a young teen -- off to camp last week. Both boys had butterflies, evidenced by their distracted silence in the car to the airport and the pained, nervous wave from beyond security. But this year there were no tears.

At camp, they gain many pointless, essential experiences -- of unfiltered starlight, and outdoor showers, and musty cabins, and spiders in odd corners, and the morning mist off a lake, and belligerent mosquitoes (my youngest claims to have once counted 40 bites), and sweltering evenings when sleep comes hard, and the glorious, eye-watering pleasure of watching a campfire rise and burn.

But the ultimate goal of camp is the cultivation of independence -- for a child to be away from home and face problems without the assistance of parents. Children stand on the edge of a cliff, willing themselves to jump into the water below. Or manage a canoe during a thunderstorm on an overnight trip. Or ride an impossibly high zip line into the lake. In the process, they pass from taking external direction to accepting internal challenges: I will do this, because I choose to do it -- because I want to test myself.

Many parents don't quite get this theory. Last summer in The New York Times, Tina Kelley reported how camp officials and counselors are besieged by nervous, high-maintenance parents, calling about bunk placement, private lessons and special cereals and vitamins for their children. It is not uncommon, according to the article, for parents to smuggle cell phones to their son or daughter against the rules of a camp. Clearly, some parents don't know how to let go.

Much of this has to do with the modern mania for minimizing risk. A Girl Scout leader in California recalls how, as a child, she broke her arm on two separate occasions. Now, because parents become outraged and litigious at the crunch of bones, the Girl Scout camps where she works forbid even the climbing of trees.

Parents, however, deserve some sympathy. They are making adjustments of their own. At first, the absence of children at camp seems like a reminder of married life before children arrived -- a time of dates, movies and unmonitored friskiness. But soon it dawns that the absence of children is not a reminder but a preview -- the glimpse of a time when children no longer come home. In an empty house, it quickly becomes clear how much of a couple's conversation weaves around their children -- how much of their own lives has become an investment in the lives they produced.

The yearly departure for camp measures the progress of parental irrelevance. Four years ago, the first time my wife and I left our youngest son at sleep-away camp, there was no pretense of bravery on his part. There were only piteous tears, which returned, according to a camp counselor, every night for two weeks. I wanted nothing more than to run to him, to end the trauma we had inflicted and rescue him from independence. But I didn't. Each summer this departure grows easier for him and my older son -- and more difficult for me, until my bravery finally fails and all the tears are mine.

So this is the independence we seek for our children -- to turn our closest relationships into acquaintances. Of course, I knew this getting into parenthood. But the reality remains shocking. For a time, small hands take your own -- children look upward, and you fill their entire universe. They remain, to you, the most important things in the world. To them, over time, you become one important thing among many. And then an occasional visit or phone call. And then a memory, fond or otherwise.

The memory of my own father, gone these 17 years, is fond and blurry. He shrank in my mental universe from sun to star, bright and distant. With every season of camp, I dim to my sons as well. It is the appropriate humility of the generations. It is also harder than I thought. And I don't know how to let go.