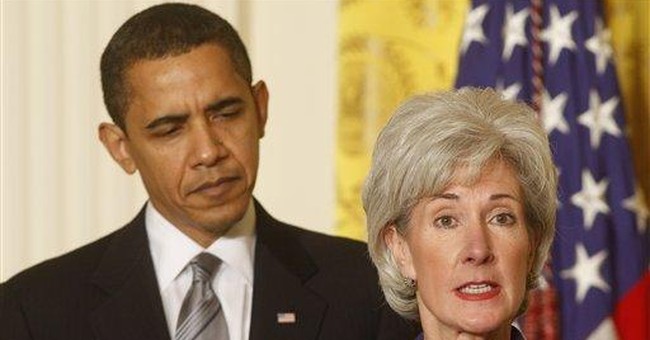 WASHINGTON -- There is a common thread running through President Obama's pro-choice agenda: the coercion of those who disagree with it.

Obama has begun providing federal funds for international groups that promote or perform abortions overseas. He has moved to weaken conscience protections for health care professionals. And he has chosen the most radical possible option on the use of embryonic stem cells -- a free license for researchers, with boundaries set only by the National Institutes of Health.

Taxpayers will now likely fund not only the use of "spare" embryos from in vitro fertilization, but also human lives produced and ended for the sole purpose of scientific exploitation. Biotechnicians have been freed from the vulgar moralism of the masses, so they can operate according to the vulgar utilitarianism of their own social clique -- the belief that some human lives can be planted, plucked and processed for the benefit of others.

It is the incurable itch of pro-choice activists to compel everyone's complicity in their agenda. Somehow getting "politics out of science" translates into taxpayer funding for embryo experimentation. "Choice" becomes a demand on doctors and nurses to violate their deepest beliefs or face discrimination.

It is probably not a coincidence that Obama has chosen a Roman Catholic -- Kansas Gov. Kathleen Sebelius -- to implement many of these policies as secretary of the Department of Health and Human Services. Obama has every right to a pro-choice Cabinet. But this appointment seems designed to provide religious cover. It also smacks of religious humiliation -- like asking a rabbi to serve the pork roast or an atheist to bless the meal.

Sebelius, though strongly pro-choice, was capable of occasional compromise. But she consistently fought against the serious enforcement of Kansas' late-term abortion restrictions. Kansas became a magnet for late-term abortions.

Still, Sebelius insists that "my Catholic faith teaches me that all life is sacred." This puts her in the same category as House Speaker Nancy Pelosi and Vice President Joe Biden -- Catholics who assert the sanctity of life while defending legal abortion. It has also earned Sebelius a firm rebuke from her archbishop.

The explanations of pro-choice Catholics are varied. Some say they will not impose their private religious views on others. But moral beliefs about human dignity are not religious dogmas such as transubstantiation or the Trinity. They are assertions about the nature of political justice. Removing the transcendent basis for human rights would also remove the central argument of the Declaration of Independence and the primary motivation for American social reform from abolition to the civil rights movement.

Others claim they are merely employing an alternative method to secure the rights of the unborn -- through social welfare programs rather than legal restrictions. In Sebelius' case, the overall abortion rate in Kansas did decline slightly more than the national reduction, though it is difficult to trace this drop to her policies. And the question arises: Couldn't a Catholic politician support women in crisis and effective protections for viable children?

Pro-choice Catholics respond that the legal remedies on abortion have been exhausted, so we might as well focus on the common-ground issue of abortion reduction -- a cause that does deserve support. But legal remedies have not been exhausted; they have been pre-empted by the courts. The exercise of democracy on abortion would probably not lead to restrictions on early abortions. But it would probably lead to broader protections for viable children. And it is difficult to imagine how anyone committed to the principle that "all life is sacred" could oppose such a democratic outcome.

Supporters of the Sebelius position also contend that there are myriad pro-life issues, including the environment and health care. Why favor some above others? It is true that nearly every political issue concerns the preservation of human life. But not every issue concerns the definition of the human community -- who we count as one among us, and who we cast beyond our protection.

If developing life is merely protoplasmic rubbish, it has the legal claims of a cyst or a toenail. But if a politician believes life is sacred, the destruction of more than a million lives a year cannot be merely one issue among many.

Sebelius and other pro-choice Catholic leaders are disagreeing with their church on a fundamental issue of justice -- which is their right. It is also the right of their church to point out their incoherence.