The Tragedy That Causes No Scandal 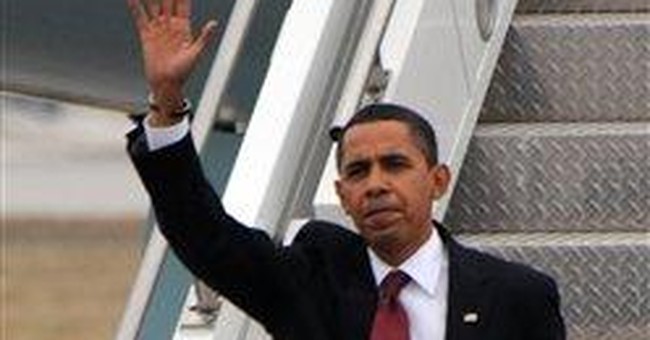 WASHINGTON -- If Barack Obama's presidential campaign was smooth and deep like the rivers, his first few weeks in Washington have been turbulent and shallow like the rapids. It began with the quick end of the Richardson nomination, revealing a vetting process with the thoroughness of a subprime loan application. Then came an inaugural address so flat that both supporters and detractors wondered if the flatness was intentional -- a subtle game of strategic mediocrity. Then the broad violation of an overbroad lobbying ban, which made no distinction between lobbying for the Iranian regime and lobbying against teenage smoking. Then a spate of IRS troubles, leaving the impression of an administration more interested in raising taxes than paying them.

These stumbles have had an almost theological effect among Republicans: The doctrine of Obama's political infallibility has been challenged. But the administration's setbacks -- particularly those on personnel -- are temporary, and easily reversed by a series of legislative victories that have already begun.

The initial period of the Obama administration, however, has provided hints of a long-term problem -- not one of incompetence, but of emptiness.

Obama partisans would doubtlessly call this "pragmatism." His inaugural address included one of the most prominent defenses of that political philosophy in American history. "What the cynics fail to understand is that the ground has shifted beneath them," he informed Americans of old-fashioned ideological belief, "that the stale political arguments that have consumed us for so long no longer apply. The question we ask today is not whether our government is too big or too small, but whether it works. ... "

This approach has earned Obama praise for his prudence, independent thinking, epistemological modesty, empiricism, curiosity, results orientation, lack of dogmatism, distaste for extremism, willingness to compromise and insistence on nuance. He has been compared to William James and John Dewey, the heroes of American pragmatism.

But that creed has now been tested in two areas. First, the new president deferred almost entirely to the Democratic congressional leadership on the initial shape of the stimulus package -- which, in turn, was shaped by pent-up Democratic spending appetites instead of an explainable economic theory. Senate modifications made the legislation marginally more responsible. But Obama's pragmatism, in this case, was a void of creativity, filled by the most aggressively ideological branch of government. And this managed to revive Republican ideological objections to federal overreach. In the new age of pragmatism, all the ideologues seem to be encouraged.

The second test of Obama's pragmatism has been education. During his campaign for president, Obama's post-partisan appeal was most credible -- to me and to others -- on education reform. He supported test-based accountability and merit pay for teachers -- significant departures from the education union agenda.

The philosophic pragmatism of John Dewey involved, in his words, "variability, initiative, innovation, departure from routine, experimentation." On education, the Obama administration has displayed none these qualities. Instead, it has returned to an older kind of pragmatism -- the political pragmatism of paying off one's political supporters. The problem with this approach is not merely its cost to the Treasury but its cost to children. Schools have proved for decades that there is little correlation between their consumption of resources and their training of children in the basics of reading and math. When these outcomes are not required and measured, they should not be expected.

The educational betrayal of disadvantaged children is the tragedy that causes no scandal. Most Democrats in Congress seem content to represent education unions. Most Republicans oppose federal standards as a matter of ideology. Governors, both Democrat and Republican, are only too happy to take federal money without accountability. If a president does not speak for struggling children in failing schools, they will be ignored. As they are being ignored.

It is still early in the Obama era. But it is already evident that pragmatism without a guiding vision or a fighting faith can become little more than the service of insistent political interests.