The Inquisition Comes to Harvard

Michael Brown
|
Posted: Jun 18, 2019 12:00 PM
Share   Tweet
The opinions expressed by columnists are their own and do not necessarily represent the views of Townhall.com. 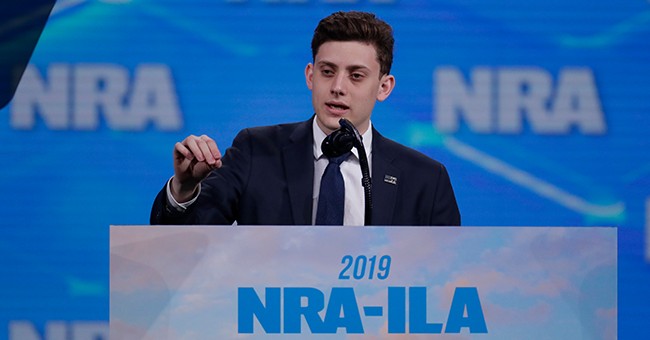 Did you say anything stupid when you were 16? Did you do anything back then that caused you embarrassment? And did you change and mature by the time you were 18?

For many of us, the answer to all these questions is yes.

In my case, I was a heavy drug user at 16, playing drums in a rock band, dropping LSD like candy, and even shooting heroin and speed.

By the time I was 18 and ready for college, I was a born-again follower of Jesus, had read the Bible cover to cover five times, memorized 4,000 verses, and preached my first sermon. The change was dramatic. I was not the teen I used to be, and I ultimately went from LSD to Ph.D.

In the case of Kyle Kashuv, though, the verbal sins he committed at the age of 16 have come back to haunt him. Yes, Harvard University has rescinded his admission based on his prior use of the “n” word, at age 16.

Kashuv came to national prominence as an outspoken conservative who was one of the survivors of the tragic Parkland shooting. And he has apologized in the clearest terms for his “idiotic” behavior as a 16-year-old, demonstrating absolutely no hint of racism since he been under public scrutiny following the school massacre.

Harvard, however, has determined that his past behavior is so egregious that it disqualifies him from entry into their elite institute. His admission has been rescinded.

Of course, Harvard is free to admit or refuse students based on its own criteria. But I’m not the only one to think that something here is just not right.

Does anyone really believe that if Kashuv had bashed conservatives in derogatory ways that Harvard would have conducted this witch hunt? That if he slurred Bible-believing Christians when he was 16 his admission would have been rescinded?

Townhall Editor Katie Pavlich tweeted, “Very curious if @Harvard will now accept and then reject all students who they convict of committing thought crimes while in high school via nonsense with friends. I already know the answer is dependent on whether those students believe in leftist gun control.”

Similarly, Townhall’s Guy Benson opined, “The use of a disgusting word, in private, by a 16-year-old, should not be an unforgivable event. And the idea of teenage idiocy being weaponized in a retaliatory fashion like oppo research — and ‘succeeding’ — is frightening. Harvard’s role in this is reactionary and craven...”

I wonder if David Hogg, another survivor of the Parkland shooting also Harvard-bound, but the polar, political opposite to Kashuv, has been subjected to the same scrutiny.

In March, 2018, Jack Crowe reported on the National Review that, “Seventeen-year-old gun control advocate David Hogg delivered a profanity-laced tirade on the evils of gun owners and Republican lawmakers in a recorded interview posted to YouTube on March 5.

“In the interview, conducted by The Outline, the Parkland shooting survivor describes the National Rifle Association and pro-Second Amendment lawmakers as ‘f***ers’ and accuses them of prioritizing campaign contributions over the lives of children.”

But rather than jeopardize his Harvard admission, this speech most likely enhanced his standing in the eyes of the leftist elites.

Are there no double standards here?

And what of the possibility of forgiveness? What of rehabilitation and restoration, especially when the transgression was a verbal one?

As Ben Shapiro wrote, “On Monday, Parkland survivor and outspoken conservative Kyle Kashuv announced that Harvard University had withdrawn his admission from the school over the revelation of racist, offensive, idiotic posts written on a private Google document with friends when he was sixteen years old. Never mind that Kashuv apologized publicly for the comments; never mind that his public behavior has evinced no racism whatsoever.

“Forgiveness must be withheld.”

If Harvard has any intellectual and moral integrity, it should apologize to Kashuv and readmit him, even on a probationary status where he can prove himself worthy.

As for the question of forgiveness, Harvard would do well to remember its origins:

The school was founded in 1636 as Harvard College with the motto “Truth” (Veritas). Its purpose was, “To train a literate clergy.”

Among the “Rules and Precepts” to be observed by the students were these: “Let every Student be plainly instructed, and earnestly pressed to consider well, the main end of his life and studies is, to know God and Jesus Christ which is eternal life”; and, “Every one shall so exercise himself in reading the Scriptures twice a day, that he shall be ready to give such an account of his proficiency therein, both in Theoretical observations of Language and Logic, and in practical and spiritual truths . . . .”

Harvard has certainly come a very long way since then.