Michael Brown
|
Posted: Jul 13, 2017 1:25 PM
Share   Tweet
The opinions expressed by columnists are their own and do not necessarily represent the views of Townhall.com. 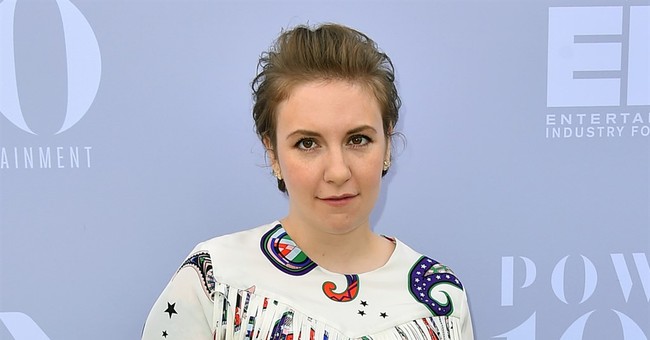 This is not a satire. I am not spoofing you. What I’m telling you is the truth. A radical feminist website is warning all of you who are pet owners not to misgender your pets. You could hurt them without knowing it! I am not making this up.

According to an article by Christie on Medusa Magazine (subtitled “Feminist Revolution Now”), “You may think it is of no importance whether you gender your pets but why would you do such a thing to such an important member of your life? Pets cannot speak for themselves. They cannot tell you that they are being misgendered. It’s important not to make assumptions about what gender your animal is based off of its sex.”

Yes, Christie tells us, “Animals can have diverse genders just like humans, and they can have diverse sexualities also. Sexuality and gender are separate issues also but as an example of how animals can be incredibly diverse, there are in fact gay animals and even animals capable of changing their sex.”

Really? Changing their sex? I take it, then, that somewhere out there, there’s a Great Dane who is the equivalent of Bruce “Caitlyn” Jenner, born a virile male but now identifying as female? Or maybe there’s a female to male chimpanzee somewhere in a jungle? Is this what Christie’s implying?

But this is not just a matter of abstract speculation. Christie has some practical recommendations.

She writes, “If you love and care for your pet it is important not to misgender them. Try to give them a gender-neutral name instead and calling them gender neutral pronouns like they and them.” After all, your pets are not just animals to you, right? Plus, this is “an important way to practice getting rid of gender norms all together.”

So, by using gender neutral names, perhaps like Doggie for your dog, you get to kill two birds with one stone. You don’t psychologically wound your pet, and you take another step towards ridding society of those oppressive “gender norms,” as in “male” and “female.”

All this, however, forces me to ask some pertinent questions. Does Christie really believe that if you call your male dog Butch when he thinks he’s really Buffy, he’ll be able to distinguish between the two names? Will he wonder, “Why did my owner give me a masculine name?”

Does she think a male canine will recognize Prince to be a male name and Prissy to be a female name? Does she believe that when you say to him, “Good boy!” he’ll be wondering to himself, “Why did my owner call me boy? I’m a girl!”? And what about if you dress him in a male-dog rain coat? Will he be saying to himself, “This is not who I am!”?

Does Christie really believe this? And does she ever wonder, “Why is it that all male dogs seem to be attracted to female dogs in heat? Why aren’t any of them gay at that time of the year?”

Continuing with my probing questions, does your female cat think to herself, “Why does my owner call me Patty when I’m actually Pablo? And why does she tell me how pretty I am all the time? I’m a man! I’m handsome!” Is that what Patty thinks?

If you think my sarcasm has gone too far, please allow me to be real. Some things deserve to be ridiculed, and this is one of them. Plus, my questions are hardly far fetched. As Christie writes, “The sex of your pet is irrelevant. The only time you need to concern yourself with the sex of your pet is when you spay or neuter it (and this begs the question of whether or not we should perform operations on our pets without their consent).”

But of course! How dare we spay or neuter our pet without their consent. What were we thinking? Perhaps we can devise a simple form, explaining to them the nature of the operation, something like, “So, Butch, what we’re going to do is to chop off something very precious to you, but you won’t feel a thing. Sound good? Just put your paw print here.”

Perhaps we can even have canine and feline legal teams, and judges and courts to appeal cases if our pets feel they were mistreated. Perhaps Medusa Magazine needs to expand on its “Feminist Revolution Now” slogan. Perhaps they should add, “And a Pet Revolution too!”

In all seriousness, this is yet another example of how our culture has lost its corporate mind. And while I continue to have compassion for those who struggle with gender identity issues, I will give articles like this the scorn they deserve.

Author's note: Some readers have expressed concern that the Medusa Magazine website is actually satirical, although other sites treat it as serious. In the event that the whole piece was a satire, the reality is not far behind since: 1) there are people who identify as cats, dogs, parrots, dragons, and more; 2) a famous professor and ethicist said that bestiality was fine as long as it was consensual; and 3) a petition was launched to give cats equal rights with dogs while a town in Spain granted pets equal rights with citizens. With madness like this in our world, the Medusa article was hardly far fetched. And satire or no, I enjoyed getting to respond to it with the scorn it deserved.