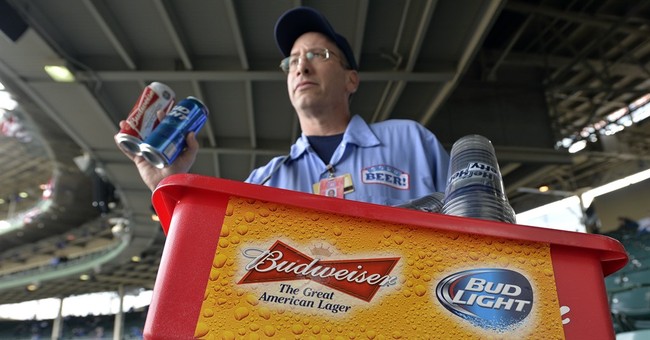 If we’ve learned anything here in America in the last few months, it is this: When your religious faith comes in conflict with your job, if you are a Muslim, your faith is protected and sacred; if you are a Christian, it is not.

We all know what happened to Christian bakers, florists, photographers, and county clerks who refused to participate in same-sex “marriages” because of their religious faith. They were found guilty by the courts and fined or punished or even imprisoned.

And we know where the Obama administration stood on these issues, to the point that last year, Attorney General Eric Holder instructed attorneys general nationwide that they were not obligated to defend state laws – meaning, specifically, bans on same-sex “marriage” – if they found them to be discriminatory.

But when it comes to freedom of religion for Muslims, the results in the courts are different, the reaction from the administration is different, and even the response from the media is different.

Back in April, some Muslim cab drivers in Cleveland refused to drive taxis carrying ads for the upcoming gay Olympic games.

Did it receive nationwide attention and condemnation? Hardly.

As one website asked, “Where is Eric Holder suing the cab companies for homophobia? Where are the courts forcing the drivers to ignore their beliefs as they do with Christians? Crickets. Muslim cabbies, for religious reasons, are refusing to drive cabs with signs promoting the Gay Games on top of airport cabs.”

That case, however, didn’t make its way to the courts, but another case involving the religious freedoms of Muslims did make it to the courts, and it was decided in favor of the Muslims.

As reported by Fox News, “A jury has awarded $240,000 in damages to two Muslim truck drivers who sued their former employer for religious discrimination after they were fired for refusing to make beer deliveries.”

Now brace yourself for the next line: “The Equal Employment Opportunity Commission [EEOC] won the case on behalf of the Obama administration.”

Not only so, but the EEOC was gushing with pride after the decision was announced, as reported on the official government website: “EEOC is proud to support the rights of workers to equal treatment in the workplace without having to sacrifice their religious beliefs or practices,” said EEOC General Counsel David Lopez. “This is fundamental to the American principles of religious freedom and tolerance.”

You’ve got to be kidding.

Honestly, I almost had to rub my eyes as I read this, asking myself if this was some parody website making a poor attempt at satire.

Yet it gets worse.

One of the EEOC attorneys who tried the case, June Calhoun, said this: “This is an awesome outcome. Star Transport [the truck company in question] failed to provide any discrimination training to its human resources personnel, which led to catastrophic results for these employees. They suffered real injustice that needed to be addressed. By this verdict, the jury remedied the injustice by sending clear messages to Star Transport and other employers that they will be held accountable for their unlawful employment practices. Moreover, they signaled to Mr. Mohamed and Mr. Bulshale that religious freedom is a right for all Americans.”

How bizarre can this get?

Said EEOC Supervisory Trial Attorney Diane Smason, “We are pleased that the jury recognized that these - and all - employees are entitled to observe and practice their faith, no matter what that might be” – unless, of course, that faith happens to be Christian and the belief in question has to do with something far more fundamental than making beer deliveries, namely the meaning of marriage.

To further highlight the inequality Christians are facing today, remember that when gay couples have asked Christian bakers to bake cakes for their ceremonies the bakers who refused have been found guilty by the courts, but when a gay baker refused to bake a cake opposing same-sex “marriage” for a Christian customer, the Christian was found guilty.