When Committed Christians Are Compared to ISIS 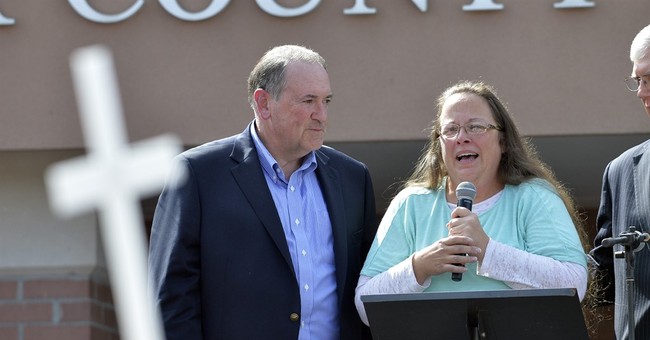 It’s scary enough when peace-loving Jesus followers are compared to ISIS. What’s even scarier is that many people believe the comparison is accurate. Have they completely lost touch with reality?

It’s one thing to have passionate and deep differences on issues like abortion and redefining marriage.

It’s another thing to use inflammatory rhetoric that it is not just dishonest but is actually dangerous. Do people not realize that their words have consequences?

A few days ago, someone named Dixie posted on my Facebook page, “You are just as ugly as Isis!”

I decided to respond, asking, “Because we want to protect innocent babies in the womb? Because we care about marriage and family? Because we feed the poor and needy around the world? Because we want the whole world to know how wonderful Jesus is? Please be kind enough to explain your views.”

Just a few days before that, Jeromeno posted this on my YouTube page: “Kim Davis is an ISIS infiltrator in America with a mission to spread. The most radical interpretation of Sharia Law. ISIS needed a hero a Jeanne d’Arc and they found one in KIM DAVIS.”

He was followed by Charlie, who commented, “Kim Davis, by Virtue of defying the Constitution and the Supreme Court is NO BETTER than those men who conceived, executed, and plotted those attacks on the World Trade Center and the pentagon on September 11. Granted, there haven't been any lives lost in the wake of Mrs. Davis' shenanigans, the ideology of using her religious beliefs as justification to defile the Supreme Court and the Constitution make her a religious terrorist along the order of Osama bin Laden and ISIS.”

This is absolutely sick – but I remind you, an increasing number of people actually believe this. Talk about being deluded.

So, ISIS is beheading Christians who refuse to convert to Islam and crucifying Muslims who are not radical enough. ISIS is burying little children alive, burning prisoners alive, drowning them in cages, raping teenage girls and selling them into slavery, and throwing gays off buildings. Yet when we say, “Gays are free to live how they please and enter into the relationships of their choosing – that’s between them and God – and if they want a minister or judge to sanction their ‘marriage,’ they can do that, just don’t force us to participate in their ceremony” – we are now like ISIS.

This is utterly irrational.

Already in May, 2005, John McCandlish Phillips, formerly a Pulitzer Prize winning New York Times reporter, pointed out how newspapers like the Washington Post and the Times told their readers that evangelicals and traditional Catholics were engaging in a “jihad” against America.

Markos Moulitsas, founder of the radically left-leaning DailyKos.com, wrote a whole book in 2010 in which he accused conservative Christians of being the “American Taliban,” which in turn reflected the sentiments of some Californians who opposed the Proposition 8, pro-marriage bill in 2008 and who carried signs reading: Prop 8 = American Taliban; and, 52% = Nazi (this referred to the 52-48% vote in favor of Prop 8); and, Don’t Silence the Christians, Feed Them 2 the Lions.

My fellow believers, don’t stick your heads in the sand and ignore this.

People don’t just hate you. They see you as downright dangerous, and that in itself is dangerous.

And it’s not just some isolated wacko making an extreme internet comment or a crowd of protesters carrying signs.

It’s people like Shepard Smith on Fox News calling us “haters” as he mocks us as hypocrites for resisting Sharia Law while we hold to our conservative Christian values.

As Maggie Gallagher pointed out earlier this year, those who express extreme hatred towards conservative Christians in America “tend to hold relatively high levels of social power,” citing a recent book on “Christianophobia” by sociologists George Yancey and David A. Williamson.

And what does that hatred sound like? Gallagher quoted some of those interviewed by Yancey and Williamson:

This, my friends, is how many in the world see us today, hating us just as Jesus was hated (John 15:18-21) and lying about us just as Jesus was lied about (Matthew 10:24-25). And so Peter’s exhortation rings true again today: Don’t be surprised by these fiery trials that come our way because of our identification with Jesus (1 Peter 4:12-19).

At the same time, we need to understand the level of animosity coming our way.

It calls for greater sobriety and deeper commitment, reminding us that our battle is not with people but with demonic forces that delude and destroy.

So I urge you before God: Make no mistake about it. We are in a real battle, and some people want us dead.

It’s time to wake up, Church of America.

We must overcome evil with good, hatred with love, lies with truth, and darkness with light, regardless of the cost or the consequence.