What We Learned From the Arrest of Kim Davis 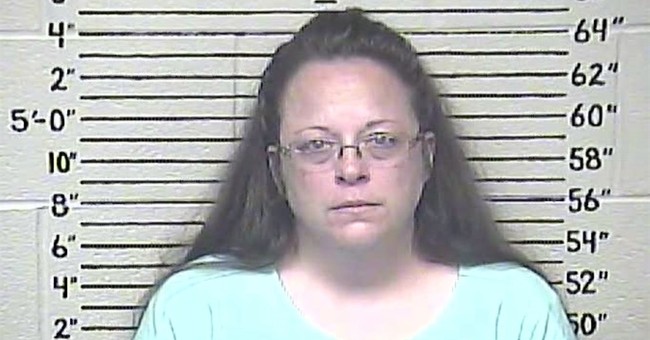 It is jarring to write the words “the arrest of Kim Davis,” speaking of the Kentucky clerk who was remanded to jail for refusing to issue marriage certificates to same-sex couples, but for years now I and others have been warning that committed Christians could soon face jail time in America for holding to our convictions.

That time is now here, and the only thing that is surprising is that anyone is surprised. How could we not see this coming?

To be sure, there is a healthy debate taking place among both believers and non-believers concerning the rightness of Kim Davis’s actions. Should she simply have resigned if, in good conscience, she could not issue those certificates? Does she have any legal, moral, or constitutional ground on which to stand?

That is a legitimate debate, and it is one that is sure to continue.

Had she found herself on the opposite end of the conflict and had she stood for “gay rights,” refusing to obey a law that she felt discriminated against them, she would be praised from coast to coast.

Instead, she is being vilified in the ugliest terms and has quickly become the target of death threats simply because, in conscience before God, she cannot comply with the judge’s order.

Hector Alvarez (@eltoritolociito) responded, “@DrMichaelLBrown how is it interesting? He was for marriage equality, she was an anti gay bigot who wasnt doing her job.”

Doesn’t that say it all?

As Andrew (@AKUContraMundum) tweeted later in the day: “Civil disobedience is only cool when it is God's Law that's being broken.” Or, as expressed by Sean Davis, writing on the Federalist.com, “Kim Davis Uproar Shows That Breaking The Law Is Only Okay When Progressives Do It.”

When Gavin Newsom refused to submit to the law in 2004, he was a hero. When Kim Davis refuses to submit to the law, she is a bigot and a monster. (And make no mistake about it: His actions were far more flamboyant and aggressive than hers, and whereas as she is a self-professed “very private person” who does not want the spotlight to the point of being overwhelmed and in tears because of the national attention, Newsom actively sought it out.)

Let’s also remember that while Newsom, who was sworn in as mayor under national and state laws that recognized marriage as the union of one man and one woman, violated his oath of office to uphold that law, the exact opposite was true of Davis. When she was sworn in, Kentucky did not recognize same-sex “marriage.”

As attorney David French pointed out, while it is true that her act was revolutionary, “she didn’t fire the first revolutionary shot. That distinction belongs to a Supreme Court that concocted out of whole cloth a constitutional right to same-sex marriage, using legal ‘reasoning’ that reads more like a religious tract than a court opinion. Justice Kennedy took the moral sensibilities of five justices and rendered those moral sensibilities the law of the land.”

Let’s recall that just last year, Jack Conway, Kentucky’s attorney general, refused to defend the state’s ban on same-sex “marriage,” despite his oath of office, explaining that, “Once I reached the conclusion that the law was discriminatory, I could no longer defend it. At that point, being true to myself became more important than the political considerations.” (Conway was planning to run for governor of Kentucky.)

Where was the national condemnation of Conway?

And where was the national condemnation of then Attorney General Eric Holder when he instructed attorneys general nationwide that they were not obligated to defend state laws – meaning, specifically, bans on same-sex “marriage” – if they found them to be discriminatory?

Ironically, liberal websites like the Huffington Post, which are leading the assault on Kim Davis, celebrated Gavin Newsom’s actions as recently as 18 months ago in the article, “Ten Years Ago Today, San Francisco Set The Stage For Marriage Equality.”

The article begins: “Ten years ago today, San Francisco issued the United States’ first same-sex marriage licenses -- a move then-mayor Gavin Newsom ordered of the city clerk after President George W. Bush declared his stance against them in his State of the Union address. The marriages were annulled by a Supreme Court ruling four months later, but the landmark event set the stage for the national fight for marriage equality that’s still blazing forward.”

And Newsom, portrayed as a champion and icon, is quoted as saying in 2004, “I took an oath of office to bear truth, faith and allegiance to the constitution of the state of California, and there is nothing in that constitution that says that I have the right to discriminate against people on any basis … And I simply won't do that. And if that means my political career ends, so be it.”

What, then, is the difference between Newsom, who did not lose his job and who spent no time in jail, and Davis, who was told by the judge that she would be jailed until she complied?

Newsom stood for redefining marriage, Davis is standing for marriage as God intended it and, more fundamentally, is refusing to violate her conscience as a Christian, and that, not the breaking the law, is the issue at hand.

Make no mistake about it. Following Jesus in America today will be increasing costly until God’s people awaken and stand.

The arrest of Kim Davis has made that clear.