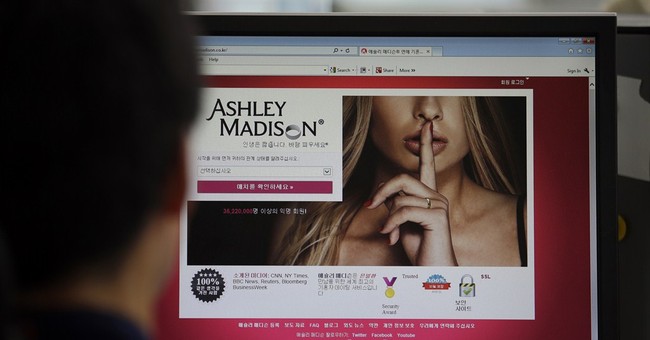 After making threats for weeks, anonymous hackers have released the private information of millions of users of the Ashley Madison website, billed as the “most successful website for finding an affair and cheating partners” and boasting that it is “the world’s leading married dating service for discreet encounters.”

So much for being discreet.

What lessons can we learn from the release of millions of names of users looking for adulterous hookups?

1) Sooner or later, your sin will find you out (Numbers 32:23). Whether in this world or the world to come, if we don’t turn from our sins and renounce them, they will catch up with us and find us out. Count on it.

As Paul wrote to Timothy, “The sins of some people are conspicuous, going before them to judgment, but the sins of others appear later” (1 Timothy 5:24).

One way or another, sooner or later, we reap what we sow, and if you want to avoid an embarrassing harvest, don’t sow embarrassing seeds.

If you knew that tomorrow, the whole world would know about something ugly you did in private today, would you do it?

One day, the whole universe will know. The Ashley Madison hacking is like child’s play compared to what’s coming.

2) Nothing is hidden from God. The real folly of “secret” sin is that it’s not secret at all, and the one whose opinion matters most is the one who sees it all.

We might hide things from our spouses and friends.

We might hide things from our pastors and employers.

Pastors might hide things from their boards and congregations.

But God sees what we do in secret, and if hackers have access to our private information, how much more does the Lord?

Live and act as if you’re in the presence of a holy God, and esteem His approval more highly than the approval of people.

3) It pays to live clean. When you have nothing to hide, you gladly come into the light (John 3:21), and when your conscience is clean, you have confidence before God and man. What price will you put on a clean conscience?

From the ages of 14-16, I was a heavy drug user, sometimes walking down the street with drugs in my pockets (and even a needle), getting on public buses or hitchhiking (the hippie thing to do, back then). And whenever a police car would drive by, my heart would pound, since I was breaking the law and I had the evidence on my person.

Once I was born again in late 1971 and drugs were totally out of my life, I remember feeling so clean when the police would drive by. I had nothing to hide.

It’s wonderful to be able to look people in the eye and not wonder, “Do they know? Are they suspicious?” It’s even more wonderful to stand before God and know that there are no skeletons in your closet.

4) Be quick to repent. It’s true that every one of us has fallen short of the mark at some point in our lives, even as believers. We have all said or done some things that are regrettable, things of which we’re ashamed, things which we wish we could take back.

But if we try to cover our sins we will not succeed; if we confess and forsake them, we will find mercy (Proverbs 28:13). If we get rid of the skeletons in our closet (by God’s grace, they can be dealt with fully), then no skeletons will ever be exposed.

The temptation, of course, is to cover one sin with another sin, to cover the adultery with lies or to cover the pornography with deception, but that only makes things worse, like fighting depression by getting drunk. When we add sin to sin, we only compound our difficulties.

That means that, as hard as it is, coming clean before God and important individuals – often meaning those whom it’s most difficult for us to come clean with – is the path to freedom.

Many a marriage has been destroyed by lack of confession.

Many a marriage has been saved by honest confession.

When we cover our sins, it’s like trying to swim across the river wearing a heavy lead coat. We only sink ourselves.

5) God’s Word is eternally relevant. Ashley Madison subscribers would be shocked to see how these words written more than 2,500 years ago speak to us today.

As it is written in Proverbs 6, “Can a man carry fire next to his chest and his clothes not be burned? Or can one walk on hot coals and his feet not be scorched? So is he who goes in to his neighbor's wife; none who touches her will go unpunished. . . . of his house. He who commits adultery lacks sense; he who does it destroys himself. He will get wounds and dishonor, and his disgrace will not be wiped away” (Proverbs 6:27-29, 32-33).

As for the owners and workers of the adultery website itself, Jesus speaks to this quite directly: “Woe to the world for temptations to sin! For it is necessary that temptations come, but woe to the one by whom the temptation comes!” (Matthew 18:7)

Both the existence of an adultery website and the hacking of that site are no laughing matters, and if the subject of adultery makes you nervous because of something you’ve got to hide, make it right today in the sight of God and man.

His abundant mercy is waiting for you, and the godly sorrow you experience today will lead to freedom and joy tomorrow.