A Gay Atheist Speaks a Timely Word to the Church 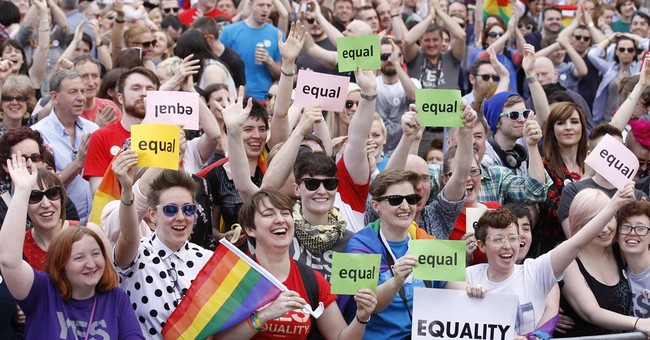 You know the hour is late when God uses a gay atheist to bring a sobering wake-up call to the Church, but that’s exactly what happened after Ireland, traditionally a bastion of Catholicism, voted to redefine the marriage.

The gay atheist was Matthew Parrish, and on May 27th, the Spectator posted his article entitled, “As a gay atheist, I want to see the church oppose same-sex marriage.”

Parrish was grieved over the Catholic Church’s response to Ireland’s vote, feeling that it was weak and almost apologetic, like someone arriving late to a major cultural revolution and saying, “Oh my. I guess times have changed. We’ll have to do better with social media in the future.”

He also stated his opinion that, for some years now, the Catholic Church has not offered a robust moral argument against redefining marriage, also making reference to the “rantings” of evangelicals.

He wrote, “Even as a (gay) atheist, I wince to see the philosophical mess that religious conservatives are making of their case. Is there nobody of any intellectual stature left in our English church, or the Roman church, to frame the argument against Christianity’s slide into just going with the flow of social and cultural change?”

With brilliant sarcasm, Parrish rewrites Exodus 32, when Moses came down from Mt. Sinai to find his people worshiping idols and engaging in immorality, prompting him to smash the tablets in anger and shaming the people with their sin.

In the new Parrish version, the events go like this:

And it came to pass, as soon as he came nigh unto the camp, that he saw the Irish referendum’s huge majority for gay marriage, and the dancing: and Moses’ alarm was palpable…

‘And he took a copy of the Pink Paper and, flourishing it, said, “We have to stop and have a reality check, not move into denial of the realities.

‘“I appreciate how these naked revellers feel on this day. That they feel this is something that is enriching the way they live. I think it is a social revolution.

‘”We need to find a new language to connect with a whole generation of young people,” the prophet concluded; then, casting off his garments, Moses said, “Hey, lead me to the coolest gay bar in the camp.”’

Parrish has hit the bull’s-eye, demonstrating more prophetic perception than many Church leaders in the West, both in Europe and America.

Since when does a popular vote determine morality?

Since when does the majority determine the will of God?

Since when do the shifting tides of culture determine what the Bible actually says?

And since when have spiritual leaders been called to follow the crowd? I thought we were called to lead the crowd.

Parrish states “the conservative Catholic’s only proper response to news such as that from Dublin . . . is that 62 per cent in a referendum does not cause a sin in the eyes of God to cease to be a sin.”

Yes, a gay atheist is calling Christians to have moral backbone, and he is doing it with a clarity sorely lacking among many ministers and leaders today. And what do human opinions have to do with the truth of God anyway?

How utterly perverse that some pastors make their decisions based on what is trending on Twitter or on what teens are doing on Instagram rather than basing everything on what God has clearly spoken in His Word, with sensitivity, compassion, and cultural wisdom.

Parrish asks, “Can’t these Christians see that the moral basis of their faith cannot be sought in the pollsters’ arithmetic?” And, “can a preponderance of public opinion reverse the polarity between virtue and vice? Would it have occurred for a moment to Moses (let alone God) that he’d better defer to Moloch-worship because that’s what most of the Israelites wanted to do?”

I would love for these sentences to be circulated to every church in America, and then after everyone has said their hearty “Amen!”, to tell them it was a gay atheist who penned these piercing words.

And Parrish is right to point out that Christians, of all people, should recognize that the majority is often wrong, stating that believers “need only consider the fate of their Messiah, and the persecution of adherents to the Early Church,” and reminding us that, “Popular revulsion [today, in Ireland] cannot make them wrong.”

Enough with our gospel of cultural accommodation.

Enough with trying to save our lives rather than losing our lives for Jesus and His cause.

Enough with catering to the crowds instead of swimming against the tide and proclaiming the cross boldly and without compromise.

It is a shameful day when a gay atheist (for whom I pray) has more spiritual insight and moral backbone than many Church leaders in the West.