When The Supreme Court Rules On Same-Sex "Marriage" 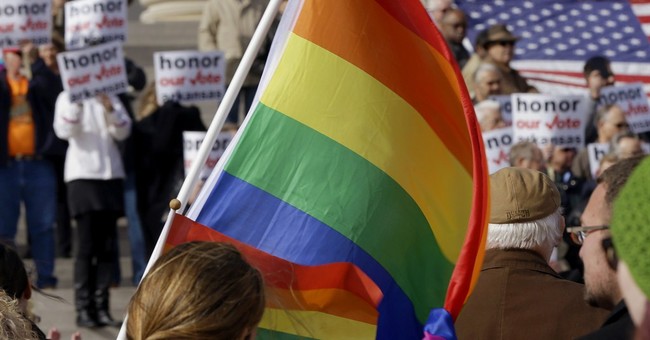 How should we respond if the Supreme Court rules to redefine marriage in June? What do we do if same-sex “marriage” becomes the law of the land?

We respond just as we did when Roe v. Wade was passed in 1973, devoting ourselves all the more to stand for what is right and to be agents of positive change.

Perhaps it would help if we asked the reverse question: What would gay activists do if, quite unexpectedly, the Supreme Court rules against same-sex “marriage,” even invalidating all same-sex ceremonies performed to date?

Do you think gay activists would throw in the towel? Do you think they would say, “Hey, we gave it our best shot, but the law is the law”?

Not a chance. A ruling like that would energize them all the more.

Why should it be any different with us?

The idea that we are swimming against the inevitable tide of history is completely ludicrous.

It is gay activists and their allies who are swimming against the tide of history -- more than five millennia of history at that -- while we who on the side of marriage and family are simply standing our ground against the newest social experiment, a recent innovation of barely 15 years currency worldwide.

More importantly, we do not abandon our convictions simply because we have a series of setbacks, however serious those setbacks may be.

We do what is right because of our sacred obligation to God and to the next generations, regardless of the opposition we encounter.

In this regard, we can learn much from the pro-life movement, which suffered a crushing blow when the Supreme Court legalized abortion on demand in 1973.

How fractured was the movement at that time? How discouraged were the leaders? How bleak was the outlook? And in the aftermath of the sexual revolution of the 1960s, how certain did the embrace of abortion seem to be?

History was apparently on the side of the pro-abortion side.

More than 40 years later, despite the agonizing loss of more than 55 million babies, the pro-life movement is more vibrant than ever, with more and more young people joining the cause. Who would have imagined?

Abortion clinics continue to close at alarming rates (that is, alarming in the eyes of the misleadingly-named “pro-choice” crowd), laws continue to be passed to protect the unborn, and the abortion practitioners continue to be unpopular in the medical field.

And while there is a tremendous amount of work that remains to be done, it is the pro-abortion camp that is concerned about how the Supreme Court might one day rule should the right case come before the court again.

Later this year, my newest book will be published, offering practical strategies for outlasting the gay revolution, designed to infuse our movement with hope and courage.

For the moment, given the court’s ruling this week on gay “marriage” in Alabama, underscored by the dissenting opinion of Clarence Thomas, which seemed to indicate that the justices are postured to make homosexual unions the law of the land in June, we should expect the worst while praying and working for the best, recognizing that this is just one big battle in a multi-generational war.

The greater the opposition, the greater our resolve.