A Simple Proposal For All Muslim Immigrants 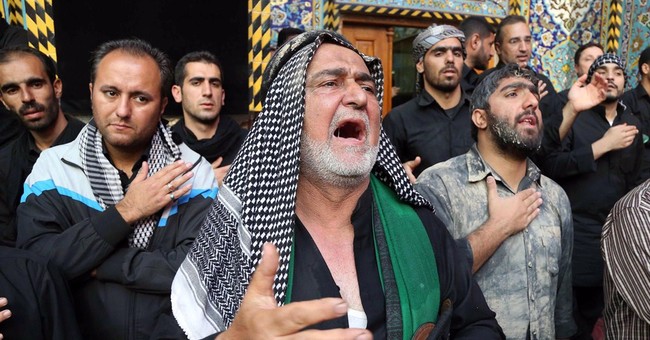 I write these words as a concerned onlooker, not as an expert on immigration and certainly not as anyone having any authority in these matters at all. It is simply time to put these things on the table, since the subject of Muslim immigration is a burning hot topic worldwide, especially in Europe.

First, the obvious backdrop to the story.

In the aftermath of the latest Islamic terror attacks, how can the citizens of countries like France and Germany and Holland and Spain feel safe living alongside their Muslim neighbors? And, since there has been a backlash against Muslims living in these countries, including attacks on places of business and worship, how can these Muslims feel safe?

The New York Times reported that French Prime Minister Manuel Valls declared in a speech on Saturday “that France was at war with radical Islam after the harrowing sieges that led to the deaths of three gunmen and four hostages the day before.”

What does this mean for Muslims living in France and in other non-Muslim countries?

Muslim groups like CAIR (the Council on American-Islamic Relations), which is looked at with suspicion by critics of radical Islam, categorically denounced the Paris terror attacks: “We strongly condemn this brutal and cowardly attack and reiterate our repudiation of any such assault on freedom of speech, even speech that mocks faiths and religious figures. The proper response to such attacks on the freedoms we hold dear is not to vilify any faith, but instead to marginalize extremists of all backgrounds who seek to stifle freedom and to create or widen societal divisions.”

Similarly, Dr Shuja Shafi, Secretary General of the Muslim Council of Britain said: “Nothing justifies the taking of life. Those who have killed in the name of our religion today claim to be avenging the insults made against Prophet Muhammad, upon whom be peace. But nothing is more immoral, offensive and insulting against our beloved Prophet than such a callous act of murder. Our thoughts, prayers and solidarity go to the families of the victims and the people of France.”

(On a side note, one would think that the Muslim radicals who supposedly “avenged” the honor of Mohammed would have realized that by slaughtering people in cold blood in his name, they did more to hurt their cause than to help it.)

But other Muslim leaders, like the radical British cleric Anjem Choudary, struck a very different tone, tweeting out his support of the massacre: “Freedom of expression does not extend to insulting the Prophets of Allah, whatever your views on the events in Paris today! #ParisShooting”

Years earlier, Choudary said that “he wanted every woman to be covered by a full-length cloak in his vision of Britain under Sharia law.” He also said “he wanted to see the ‘flag of Allah’ flying over Downing Street, adulterers stoned to death and drunks whipped.”

Unfortunately, these sentiments are shared by many Muslim immigrants to Europe, Australia and New Zealand, America, and elsewhere: They want to see our nations overturned – including our democracies and freedoms – and they want to see Sharia Law instated.

My good friend and frequent debating opponent, Rabbi Shmuley Boteach, recently called for a million Muslim march, stating, “The time has come for a coordinated world march—by Muslims—against Islamic violence. If 30,000 Muslims can march in the streets of Paris and London last summer to condemn Israel, then surely they can also march to condemn violence in Islam’s name.”

This is certainly commendable, and there’s no good reason for Muslims not to do this, if indeed, they are completely and categorically repudiate the murderous acts of the radical Muslims of Paris – not to mention those of Boko Haram and the Taliban and Al-Qaeda and many others.

But something more needs to be done, and this brings me to my simple proposal.

If Muslims want to immigrate to our countries and practice their faith while respecting the nature of our government and society, wonderful. And they can do that while differing with our moral standards and without fully embracing our way of life.

But if their faith calls for them to seek to undermine (or even) overthrow the government, or if their vision includes potential violence against those who reject or insult their faith, then they have no business living among us, and we have no business granting them citizenship. (Could you imagine Saudi Arabia or Pakistan granting citizenship to large numbers of professing Christians whose goal was the violent overthrow of their country?)

A massive, bloody clash is looming, as the radicals become more numerous (and even more radical, an example being the defection of Hamas members to ISIS to fight against Israel, since Hamas is deemed too “moderate”), and as anti-Islamic forces continue to rise in Europe.

The solution to all this is relatively simple: Don’t use the liberties you enjoy in our countries to foster a murderous agenda or the attempted implementation of Sharia Law. Instead, work together with us for the good of all citizens.

If you can’t do that, our country is not for you.