An Atheist Tells Me To Keep My Faith In the Closet 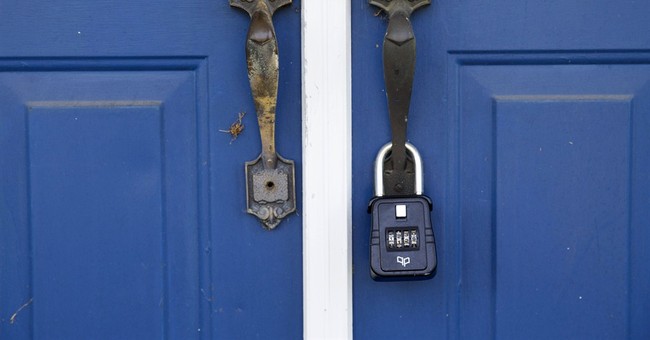 Writing in response to my article “Secularism Declares Open War On Religious Faith,” an atheist has assured his readers that there is no such war and that, more importantly, in order to avoid conflict with the larger society, I should simply keep my religion in the closet. He has thereby confirmed my article rather than refuted it, and the comments from his fellow-atheist readers only bring further confirmation.

Writing in the Friendly Atheist blog, Terry Firma mocked the idea that, “if you’re an evangelical Christian, ‘You have been marked, and you have been classified as a dangerous extremist.’”

Dismissing my statement that, “secularism has been waging war against religion for centuries,” Firma asks, “Don’t you think you might have that backwards, professor?”

Of course, a war has been raging both ways for centuries, but the point I was making was simple: Secularism in various forms has been in deep conflict with religious faith for centuries – in other words, this is not the first time such a conflict has arisen – but today, it is taking on an especially shrill form, as conservative Christians are being put in the same category as murderous terrorists (like ISIS and Boko Haram).

Yet rather than refute that point, Firma states that the criticism is not that far off target.

With reference to comments made by radio host (and atheist) David Pakman, whom I cited in my article, Firma writes, “I think Pakman’s comparison to ISIS is unhelpful, but it’s not incorrect. What would be incorrect is to say that conservative Christians go around cutting infidels’ heads off with abandon. Pakman never goes there, obviously. He says the respective ideologies are similar, not identical; nor does he claim that the outcome of religious fundamentalism is the same no matter whether it’s extremist Muslims or hardline-conservative Christians we’re dealing with.”

Actually, Pakman is far less nuanced than Firma, which is one reason I cited him, and it is clear that Firma’s readers are far less nuanced as well, with choice comments like this one, from Debby, appearing at the end of his article: “I think that many of these religious whackadoos are only saying what even many more moderate Christians also feel. The fact is that people are standing up against Christian privilege in the US. The American Taliban (ie fundamentalists) simply don't like having to consider other people have similar rights.”

In similar fashion, PsiCop branded me “an insanely paranoid religiofascist” and Seeker Lancer opined that when it comes to comparing conservative Christians to ISIS, “Maybe it's unhelpful since it's intended to incite but I say call a spade a spade.”

Again, this is what I was highlighting with the examples I cited in my article (in particular, the last three examples).

Yet Firma finds the examples to be very weak, even though I cited the UK gay activist (and atheist) Peter Tatchell, who recently released his “Manifesto for Secularism – Against the Religious Right,” in which he issued a “call on people everywhere to stand with us to establish an international front against the religious-Right and for secularism.”

So, a self-avowed atheist can call for a war against “the religious-Right,” by which he explicitly means the Taliban, ISIS, and al-Qaeda along with “the Christian-Right in the U.S. and Europe,” yet this secularist war against religion is merely a figment of my paranoid imagination. Really?

The problem for Firma, of course, is that he basically agrees with this mentality – although stating that Islam is more dangerous than Christianity – and to buttress his point about “the Christian-Right in the U.S. and Europe,” he points to Uganda, of all places. Uganda?

What does Uganda have to do with “the Christian-Right in the U.S. and Europe”?

Following the standard gay activist narrative, Firma blames Uganda’s harsh anti-gay bill on American evangelicals, although the truth is that: 1) The Ugandan leaders categorically deny that Americans were behind this bill, finding this accusation to be racist (since the American leaders in question are white), as if they didn’t have convictions of their own. 2) The main leader accused of inciting the bill, Scott Lively, publicly criticized the most controversial (and even draconian) measures of the bill, especially in its original form. 3) The other leader in question, Lou Engle, led a previously scheduled prayer meeting in Uganda (that had nothing to do with the homosexuality bill) and at that prayer meeting, simply encouraged the moral stand that Christian leaders were taking (without for a moment demonizing anyone or calling for harsh penalties against anyone).

Yet based on this slender thread (it’s not even that), Firma not only dismisses the evidence of the Tatchell manifesto, but he actually justifies lumping murderous terrorists together with godly, caring, conservative Christians in Europe and America.

Yet there’s more. Firma writes, “I’m not aware of any atheists who are interested in waging war on religious faith. Most of us, I’ll bet, are quite happy, if not adamant, to preserve the right to believe and speak as one sees fit for everyone, believer or agnostic.”

Surely, Firma has read the literature of the so-called new atheists like Richard Dawkins and his ilk, and he knows that Dawkins actually decries parents raising their children with religious beliefs, among other things, yet he is “not aware of any atheists who are interested in waging war on religious faith.” Really? (Ironically, Firma’s article was reposted on Dawkins’ website.)

Some of Firma’s readers were not convinced either, as C. Peterson stated that he was quite aware of such atheists, using himself as a case in point: “I am an unapologetic antireligionist who considers faith to be the primary root of all humanity's problems, manifested partly by the inability to use reason consistently, and partly by the religions that faith spawns. All my ‘activism’ as an atheist is fundamentally a war on religion and on religious faith.”

Others added their “Amen” to his comments. Is anyone surprised?

Firma, however, had a proposal by which we people of faith could live in peaceful coexistence with the secularists: “As long as the faithful keep their religion out of the public square — that is, out of our public schools, and away from the business of a neutral government – we should all get along relatively well. If Mr. Brown seeks a truce between the religious and the non-religious, all he and his fellow believers need to do is (a) tone down the hateful rhetoric, all Jesus-like [in other words, do not express any moral viewpoints based on Scripture, even though that’s what Jesus did all the time]; and (b) keep their worship and their rule books confined to places where they are constitutionally appropriate. Problem solved.”

There you have it. There is no secular, atheistic war on religion, and whatever conflicts do exist can be resolved if we basically keep our religion in the closet.