Pastors of Houston: Shout It From the Rooftops This Sunday 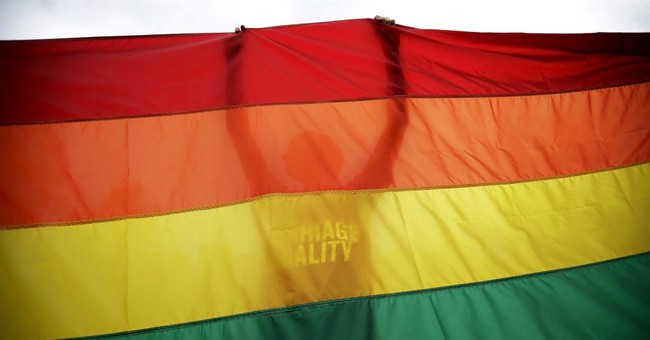 In an outrageous act of overreach that the Alliance Defending Freedom (ADF) rightly branded “an inquisition” and “witch-hunt,” the city of Houston has demanded that hundreds of pastors preaching on themes relating to homosexuality and gender identity turn their sermons over to the government for inspection.

So much for the idea that electing a lesbian activist for mayor would have no negative consequences on the religious freedoms of the people of Houston. So much for gay activist “tolerance.”

It was bad enough when Mayor Annise Parker undermined the will of the state by campaigning nationally for the redefinition of marriage when the people of Texas had declared in overwhelming fashion that they did not want marriage redefined.

And it was bad enough when she began to refer to her partner as the “first lady.” (What does that make Mayor Parker?)

But it went beyond bad when Mayor Parker made clear that getting an LGBT ordinance passed in Houston was an “intensely personal” thing to her. Yes, she said, “The debate is about me. . . . It's not academic. It is my life that is being discussed.”

What happened to her being an elected official who was put in office to serve the people? What of the massive outpouring of calls to other elected officials protesting the bill?

As Rev. Max Miller of the Baptist Ministers Association of Houston and Vicinity stated in response to Parker’s public comments, “One thing we did hear: It's personal. You cannot represent the people of this city on a personal matter.”

Or, as expressed by conservative City Councilman Michael Kubosh, also responding directly to Parker in the same public meeting, “I know you say it's about you, but, mayor, this is really about all of us. It's not really about you; it's about everybody here.”

At the heart of the opposition to the bill was concern expressed over the transgender bathroom ordinance. This would allow anyone who identified as transgender to use the bathroom of their choice, regardless of their biological sex, thereby ignoring the rights of a multitude of women and men who would find this a real intrusion.

As noted by Steve Riggle, senior pastor of Grace Community Church and an Executive Committee member of the Houston Area Pastor Council (HAPC), “Forcing women in particular using city facilities to be subjected to cross-dressing men invading their privacy is beyond the pale and offensive to every standard of decency.”

The bill would also open the door to potential sexual predators who would use this ordinance as a guise for their perversion.

Unfortunately, Mayor Parker was able to push the bill through, despite the opposition, also succeeding in having a petition thrown out that challenged the bill. (It appears that the petition was wrongly rejected as well.)

Now, in a ridiculous attempt to retaliate against those pastors and bully them, Parker’s office is demanding that these Christian leaders turn over their sermons relating to homosexuality and transgender issues. Pastor Riggle was even “ordered to hand over ‘all communications with members of your congregation’ regarding the non-discrimination law.”

For good reason, the ADF stated that the mayor’s actions were “overbroad, unduly burdensome, harassing, and vexatious,” and they should be flatly rejected for those very reasons. As the ADF explained, “the city is illegitimately demanding that the pastors . . . turn over their constitutionally protected sermons and other communications simply so the city can see if the pastors have ever opposed or criticized the city.”

In light of this egregious example of gay activist bullying – the very kind that I and others have documented for years now – I urge every pastor in the city of Houston to address the issues of homosexuality and transgenderism this Sunday, October 19th, announcing this for the entire world to hear but at the same time, refusing to obey the unrighteous decree of Mayor Parker’s office to turn your sermons over for government scrutiny. (This should be done respectfully, in the spirit of Acts 4:19-20; 5:28-29.)

I also urge every congregational member in Houston to tell your pastors that you are standing with them, encouraging them to stand up for what is right in the face of bullying and intimidation.

To my fellow-leaders in Houston and around America, let’s seize this moment and use it for the glory of God, preaching His love for all people and His real interest in those who identify as LGBT while at the same time proclaiming that His ways are best, that marriage is the union of one man and one woman, and that gender distinctives are not to be discarded or despised.

You have been given a unique opportunity in American history. Now is your time to shine boldly, publicly, and without shame.

We are all standing with you.

(The city of Houston is now claiming that it is only requiring 5 pastors to submit their sermons – as is there was any justification for this action – and that, remarkably, the mayor knew nothing of this.)