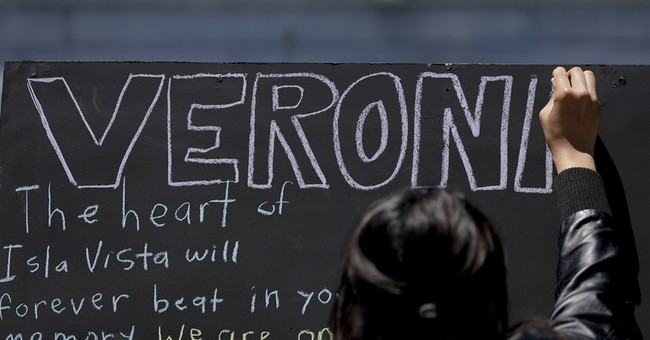 The few times I have written an article about the possible connection between violent acts and violent video games, I immediately receive responses from readers who say, “I’ve played violent video games for years, and they have not affected me negatively. I’m perfectly capable of distinguishing between fantasy and reality.”

Perhaps that is so, but not everyone is able to distinguish fantasy from reality, and studies indicate that it is the unstable who are most likely to be affected negatively. Tragically, this might have been the case with mass murderer Elliot Rodger.

Of course, Rodger alone is responsible for his actions and none of us have the authority to play armchair psychologists (especially those of who are not psychologists). But we can (and should) look at the larger issues involved and ask if, perhaps, there is a connection between violent video games and murder.

In December, 2012, in the wake of the Newtown Massacre, I noted how video game manufacturers were in denial, despite studies pointing to “a rather clear consensus” that, similar to continual watching of TV and movie violence, “playing violent video games increases aggression.”

Last September, I noted that the latest edition of the mega-popular Grand Theft Auto V was “a reflection on the state of nation.” Even a positive reviewer of the game (named James Delingpole) wrote, “As a middle-aged parent, I like to think I’m mature enough to be able to appreciate the game’s cartoonish, ugly, misogynistic, ultraviolent, pornographic worldview with a certain wry detachment.

“But whether the game’s teenage target market is so readily capable of making such distinctions, I’m not nearly so sure.”

Already in 2008, Reuters reported that, “One of the largest video game distributors in Asia has halted sales of the Grand Theft Auto IV in Thailand after a teenager confessed to robbing and murdering a taxi driver while trying to recreate a scene from the game.”

Last November, safety expert Sedgrid Lewis wrote that, “The knockout game aka The One Hitter Quitter is the deadly game that African American teenagers are playing across the nation. It is the true life version of the popular video game Grand Theft Auto (GTA).”

And these are just a few examples of many.

Can we continue to deny the connection between violent, sometimes murderous acts, and immersion in extraordinarily graphic, incredibly realistic, utterly sadistic video games?

Do we simply ignore the fact that mass murderer Anders Behring Breivik told the court that “he ‘trained’ for the attacks he carried out in Norway [in 2011] using the computer game Call of Duty: Modern Warfare”?

It is true that researchers continue to debate the evidence – although it seems clear that playing the games leads to an increase in aggression, at least for the short term – and it is true that some psychologists respond rather blithely with observations like, “Television and even violence in the news have been found to have a similar impact,” as if that would somehow minimize rather than highlight the potentially negative effects of these games.

But it seems undeniable that those immersed in such games, especially if they are emotionally unstable, will become increasingly desensitized, explaining how some young mass murderers have carried out their deadly rampages with complete scorn, even laughing as they slaughtered their schoolmates. They had lived this out a thousand times before.

A youth pastor in Seattle, Washington told me with shock that young people he spoke with at a local high school the fateful day of 9-11 were hardly moved by the tragedy. They explained to him that they had seen much better graphics than what they had witnessed on TV that morning as the planes flew into the Twin Towers. The real life stuff hardly competed.

Is this not the ultimate hardness of heart?

Aaron Klein has now suggested that, “From his eerie laugh to specific quotes in his chilling YouTube diatribe, mass [murderer] Elliot Rodger seems to be channeling, perhaps even mimicking a specific character from the violent Warcraft video game.”

He wrote, “It has been widely reported Rodger was an avid Warcraft player. His online manifesto states he would retreat deep into the game for hours per day and would dream of Warcraft when he went on family vacations and could not play.

“What has been missed until now is that quotes from his final YouTube video announcing his murderous intentions seem to come from the Warcraft character known as Garrosh Hellscream, whose pursuit of dominance and power lead him to hate the Warcraft races, including his own.”

Again, Rodger alone is responsible for his actions, and only he and God know exactly what prompted him to do what he did.

But it is fair to ask how his life might have turned out had he immersed himself in wholesome entertainment as opposed to World of Warcraft. Perhaps this was a key factor that helped push him over the edge? And perhaps it is we who are blurring the differences between fantasy and reality when we deny any connection between the two?