I Hate to Say I Told You So 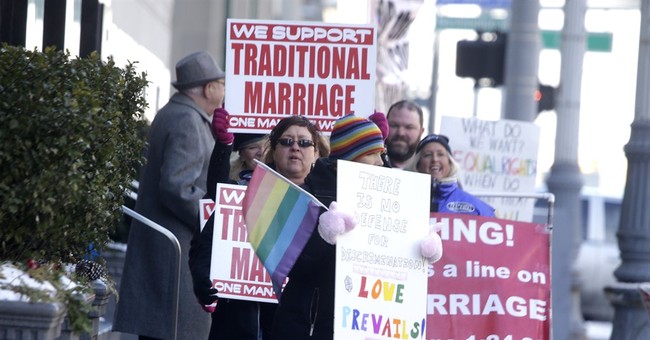 For years I’ve been sounding the alarm about an impending social, cultural, and spiritual crisis, and for years critics have compared me to Chicken Little, discounting my warnings as the ravings of a hysterical, religious fundamentalist. Well, it’s a little late for that now.

Ten years ago, I charted this progression and made this prediction:

· First, gay activists came out of the closet

· Second, they demanded their “rights”

· Third, they demanded that everyone recognize those “rights”

· Fourth, they want to strip away the rights of those who oppose them

· Fifth, they want to put those who oppose their “rights” into the closet

Initially, I was met with scorn and derision: “No one wants to put you in the closet!”

The last few years, the tone has changed to: “Bigots like you belong in the closet!”

After the forced resignation of Mozilla CEO Brendan Eich, the influential gay blogger Andrew Sullivan wrote, “The whole episode disgusts me – as it should disgust anyone interested in a tolerant and diverse society. If this is the gay rights movement today – hounding our opponents with a fanaticism more like the religious right than anyone else – then count me out.”

Not long after, the ultra-liberal Bill Maher said on Real Time, “I think there is a gay mafia. I think if you cross them, you do get whacked.”

This echoes comments made years earlier by lesbian journalist and author Camille Paglia in her book Vamps and Tramps: “One reason I so dislike recent gay activism,” she wrote, “is that my self-identification as a lesbian preceded Stonewall: I was the only openly gay person at the Yale Graduate School (1968-72), a candor that was professionally costly. That anyone with my aggressive and scandalous history could be called ‘homophobic,’ as has repeatedly been done, shows just how insanely Stalinist gay activism has become.”

Stalinist? Was she overstating her case?

In my 2011 book A Queer Thing Happened to America, I noted that, “It would appear, then, that ‘civil rights’ for some means ‘limited rights’ for others, and that by specific design. As stated explicitly in a teacher’s lesson aid published by the Gay and Lesbian Educators [GALE] of British Columbia: ‘We must dishonour the prevailing belief that heterosexuality is the only acceptable orientation even though that would mean dishonouring the religious beliefs of Christians, Jews, Muslims, etc.’”

In that same book, I explained what was already here and what was on the immediate horizon, including this:

· From here on, embracing diversity refers to embracing all kinds of sexual orientation, (homo)sexual expression, and gender identification but rejects every kind of religious or moral conviction that does not embrace these orientations, expressions, and identifications.

· From here on, hate refers to any attitude, thought, or word that differs with the gay agenda, while gays are virtually exempt from the charge of hate speech – no matter how vile and incendiary the rhetoric – since they are always the (perceived) victims and never the victimizers.

What exactly would this look like? Again, here is what I wrote in 2011:

· Children in elementary schools will be exposed to the rightness and complete normality of homosexuality, bisexuality, and transgender expression . . . and opposing views will be branded as dangerous and homophobic, to be silenced and excluded from the classroom.

· Middle schools, high schools, and colleges will go out of their way to encourage both the celebration of homosexuality and deep solidarity with gay activism . . . .

· The federal and state governments will legalize same-sex marriages . . . meaning that all heterosexuals must accept the legality of these marriages and that anyone refusing to do so could be prosecuted for discriminatory behavior.

·Corporate America will embrace every aspect of non-heterosexuality (including bisexuality, transgender, and beyond) – calling for the dismissal of those who refuse to follow suit – and religious groups will no longer be allowed to view homosexual practice as immoral, branding such opposition as “hate speech.”

Yes, all this was written before the Mozilla debacle (which was justified, absurdly, in the name of being “inclusive, safe, and welcoming to all”), before the Walt Disney Corporation gave the Boy Scouts of America an ultimatum that they had to accept openly homosexual scout leaders or lose Disney’s financial support, before the Girl Scouts announced that boys who identify and present themselves as girls can join their scouting clubs, before Pastor Louie Giglio was disinvited from praying at President Obama’s second inauguration because he preached a biblical message on homosexuality more than 15 years ago, before the Supreme Court overturned DOMA and the military overturned Don’t Ask Don’t Tell, before the passing of ridiculous bills like California’s SB 777 (mandating the celebration of LGBT American history for all classes, K-12) and AB 1266 (allowing students to choose the bathroom of their personal gender identification as well as play on the sports team of their choice, using that locker room as well, resulting already in a 17 year-old boy playing on the girls’ softball team), before Facebook created the customized gender option with 50 gender choices, before different states banned professional counseling requested by minors with unwanted same-sex attractions, before companies like Sweet Cakes by Melissa were put out of business because they would not participate in same-sex “weddings,” and before Attorney General Eric Holder told state attorneys general that they were not required to uphold and defend laws against same-sex “marriage” if they didn’t want to – just to mention a few.

Stay tuned for more. I’m glad I have your ear.