My Problem With the Republican Party 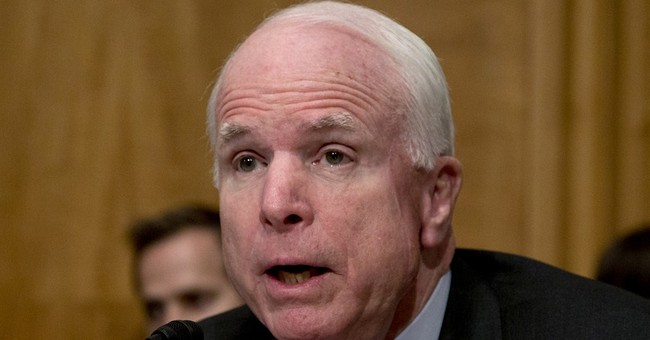 What do you do when you have no confidence that the party that holds to many of your core values will actually stand up for those values if put back in power?

In the aftermath of CPAC, that’s the predicament I find myself in when it comes to the Republican Party, and I’m sure I don’t speak for myself alone.

Had I been a supporter of Barack Obama and had I been in agreement with the most recent Democratic Party Platform, I would have cause for jubilation.

After all, Mr. Obama held true to his historic, radical, pro-abortion position, one that was celebrated in shocking fashion at the DNC last year and one that was reinforced with the president’s infamous “Thank you, Planned Parenthood, and God bless you.” Not even the Kermit Gosnell trial could take the wind out of this administration’s devotion to the slaughter of the unborn.

And, true to form, Mr. Obama claimed to change his view on gay “marriage” in 2012 and then sent out victorious tweets after the Supreme Court overturned DOMA last year.

With good reason he and his attorney general have keynoted several fundraising dinners for the gay activist, Human Rights Campaign – if my memory serves me right, this misleadingly named organization seems to care about the rights of only one particular group of humans – and just two weeks ago, Mr. Holder made the unprecedented move of telling his colleagues in each state that they should only defend the laws that they personally found to be non-discriminatory.

And it’s no surprise that the Israelis are very distrustful of President Obama and his intentions for their nation, not to mention quite disdainful of Secretary of State John Kerry.

In all these ways, the Obama administration has fulfilled the expectations of its conservative critics, if not exceeded those expectations in terms of the economy, class warfare, Obamacare, and the weakening of the military, among other important issues.

But what about the Republicans? If they recapture the Senate in 2014 and regain the White House in 2016, will they live up to their promises? Will they even put forward a strong conservative candidate to run for president?

I am not a registered Republican and I have a certain distrust for the political system as a whole, knowing quite well that politics can be politics – in the worst sense of the word, with all its corruption and cronyism – and that there is a firmly entrenched establishment in each party that often seems to have its own interests in mind more than the interests of its constituents.

That being said, when I took an online political survey the other day, the result was that the Republican Party represented 100% of my core values (speaking of those that I ticked off on the survey) while the Democratic Party represented none of them. But can the Republicans be trusted to stand for those values if empowered again with the presidency (and even the Senate and House)?

But we are just in March, 2014, and there is plenty of time for another McCain or Romney to rise to the top – in which case, we have already compromised as conservatives – while we have no way of knowing how a Paul or Cruz would lead the nation.

So how do we move forward, recognizing that abdicating from the political system makes us complicit on some level with the evil we allow while voting yet again for “the lesser of two evils” simply doesn’t cut it anymore?

In my view, we have to adopt a no-compromise attitude right now, holding to it throughout the 2016 elections (at the least).

In other words, rather than voting for candidates who gravitate towards the center in order to gain the maximum number of votes, thereby diluting the right-of-center values we are urging them to uphold, we who hold to these values need to make clear that we won’t be fooled again, that we stand for principles first and party second (or third, or whatever), that empty promises won’t cut it this time around, and that we refuse to be pawns in support of someone’s political aspirations.

Of course, we’ve been down this road quite a few times in recent years, but perhaps this time (thanks to President Obama?) we’ve reached the point of “Enough is enough.”