Justice Scalia and the Devil Spook the Liberal Media 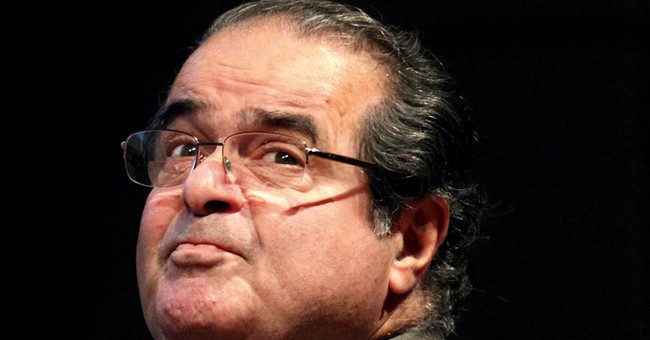 According to Cenk Uygur, co-host of the Young Turks and a self-described fervent agnostic, “We have a lunatic on the court.” He is speaking of Justice Antonin Scalia who stated in an interview with New York magazine that he believes in the existence of the devil. In the words of Uygur, that is “cuckoo for cocoa puffs.”

Uygur admits that “a lot of Americans believe in the devil,” but, he continues, “I hope that it’s a symbolic thing they are talking about and not an actual creature with the horn and a tail. I mean that would be ridiculous right?”

Apparently, Uygur didn’t consider the possibility that Satan could be a real person without horn and tail, even unknowingly borrowing a page out of C. S. Lewis’s classic book Screwtape Letters, in which a senior demon counsels his younger demon to be sure that human beings have an exaggerated picture of Satan, one that sounds a lot like Uygur’s Satan: “an actual creature with the horn and a tail. . . . He’s got a pitch fork . . . .”

But it’s not enough for Uygur to mock Scalia for believing in the Young Turk’s fictional image of Satan. He asks a complete non sequitur: “How do you make rational decisions when you are a person who is proud of basing your decisions on sheer irrationality?”

Yes, Uygur claims that Scalia is “basically saying here the Gospels are what help me decide. The United States Constitution is supposed to help you decide in cases! Not what your insane Gospels say about Lucifer.”

Of course, Scalia said no such thing and, for the record, the Gospels will be here many millennia after the Young Turks are long forgotten. But Uygur’s remarks are completely off base and irrational because the last thing on Scalia’s mind was any connection between the existence of the devil and how he makes his Supreme Court decisions.

To the contrary, in his wide-ranging interview with Jennifer Senior, Scalia described himself as an “honest originalist” (with an exclamation point at that), explaining: “Words have meaning. And their meaning doesn’t change. I mean, the notion that the Constitution should simply, by decree of the Court, mean something that it didn’t mean when the people voted for it—frankly, you should ask the other side the question! How did they ever get there?”

Obviously, Scalia seeks to base his decisions on the intent of the Constitution rather than on what the Gospels say about Satan, but why should that stop Uygur from maligning Scalia for his religious beliefs? Or is Uygur alleging that only atheists or Bible-mockers can make decisions based on the Constitution? I imagine the framers of the Constitution would have something to say to him about that.

What then of Scalia’s personal beliefs?

When Senior replied, “No,” it drew an “Oh, my” from Scalia, which led to further dialog about who goes to heaven and to hell (a dialog in which Scalia the judge was decidedly non-judgmental).

He then admitted (leaning in, in a stage-whisper), “I even believe in the Devil.” This led to a fascinating exchange:

Every Catholic believes this? There’s a wide variety of Catholics out there …

If you are faithful to Catholic dogma, that is certainly a large part of it.

Have you seen evidence of the Devil lately?

You know, it is curious. In the Gospels, the Devil is doing all sorts of things. He’s making pigs run off cliffs, he’s possessing people and whatnot. And that doesn’t happen very much anymore.

So what’s he doing now?

What he’s doing now is getting people not to believe in him or in God. He’s much more successful that way.

That has really painful implications for atheists. Are you sure that’s the ­Devil’s work?

I didn’t say atheists are the Devil’s work.

What happened to him?

He just got wilier.

Isn’t it terribly frightening to believe in the Devil?

I hope you weren’t sensing contempt from me. It wasn’t your belief that surprised me so much as how boldly you expressed it.

I was offended by that. I really was.

Interestingly, when Rick Santorum made some controversial remarks about the devil last year, MSNBC.com reported that, “Rick Santorum is far from alone in professing a belief in Satan. In fact, most Americans believe in the devil too.” The story noted that, “According to a 2007 Gallup poll, seven in 10 Americans said they believe in ‘the Devil,’ while 8 percent were not sure. Twenty-one percent said they don’t believe in the devil.”

As for the 21% (including Uygur) who are sure that Satan doesn’t exist, Scalia has given us the reason why: “He got wilier.”