Returning to Normalcy on School Masks

Michael Barone
|
Posted: Feb 04, 2022 12:01 AM
Share   Tweet
The opinions expressed by columnists are their own and do not necessarily represent the views of Townhall.com. 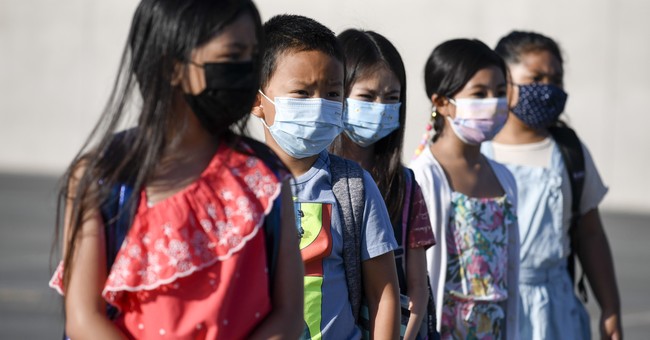 Are we returning to normalcy?

The word "normalcy," as history buffs know, was used (but not invented) by our only journalist president, Warren G. Harding, to sum up his 1920 campaign. Normalcy was political shorthand for returning to normal times after a European war, prosecutions of peaceful protesters, sharp inflation and depression, terrorist bombings at home, totalitarian revolutions abroad and a pandemic influenza that killed, proportionately, more than twice as many Americans as COVID-19.

Normalcy was popular, too. Harding won the popular vote 60% to 34%, the largest percentage margin in history. The fighting ended; the economy grew; political protesters were pardoned; revolutionaries slumbered. Harding ushered in a decade of widespread prosperity, technological progress and Republican victories. The appeal of normalcy transcended even the most rigid of party lines.

Normalcy's appeal is apparent now on the issue of masks in schools. Last week, the Washington Post ran an opinion article by three Massachusetts academic physicians arguing that masks in schools are no longer needed because the few adults at risk can protect themselves.

All seven of these writers are women with school-age children. They know from personal experience, as well as statistical evidence, that masking harms young children. Like almost everyone, they have known for nearly two years that children are at very low risk of serious harm from COVID. Recent evidence indicates that unvaccinated grade schoolers are at lower risk than vaccinated adults and at lower risk from COVID than from influenza.

Mandatory masking of schoolchildren, as California special education teacher Alex Gutentag argues in the Tablet, is a policy "with catastrophic second-order effects but little epidemiological value" imposed by "a coordinated attempt by public health officials and reporters to limit open discussion and skew coverage of COVID."

Blame goes to elected officials who have ratified the recommendations of purported experts while ignoring or underestimating the human costs of the recommended restrictions. Even more blame, in my view, goes to teachers union members and leaders, who have been screaming that any relaxation of mask mandates, any return to normalcy, amounts to mass murder.

Teachers might be excused because they've suffered through flu viruses circulating widely in schools every winter. And credentialed public health officials are perhaps institutionally inclined to over-recommend caution; for a man with only a hammer, everything looks like a nail. But something that looks more like corruption may be involved.

Longtime New York Times science reporter Nicholas Wade, writing in the Manhattan Institute's City Journal, notes that emails uncovered by House Republicans indicate that in late January 2020, Kristian Andersen and three other virologists reported to National Institute of Allergy and Infective Diseases head Dr. Anthony Fauci that the COVID-19 virus "was inconsistent with expectations from evolutionary theory," or, in Wade's words, "didn't come from nature and may instead have escaped from a lab."

But three days later, Andersen characterized the lab leak explanation as "crackpot theories." What happened in between? Dr. Francis Collins, then head of the National Institutes of Health and thus Fauci's boss, sent an email lamenting that the lab leak theory would do "great potential harm to science and international harmony."

In the days that followed, as Fox News' Bret Baier reported, Andersen and others received millions in NIH grants, even as Andersen and his colleagues wrote an article in the March 2020 Nature Medicine asserting that COVID-19 was "not a laboratory construct." That effectively squelched the lab leak theory for a year.

"It is a shiny object that will go away in times," as Fauci emailed Collins in April 2020. Not until May 2021, when Wade's blockbuster article in the Bulletin of the Atomic Scientists revived the lab leak article, did President Joe Biden order it be investigated.

Fauci and Collins had something to cover up. In 2014, NIH and NIAID started financing the manipulation of SARS-related viruses in Shi Zhengli's Wuhan laboratory. That sounds like the "gain of function" experiments that make viruses more transmissible, which they supported on flu viruses in 2011. It also undermines Fauci's angry denials last November that he supported gain-of-function experiments in Wuhan.

Rules such as mandatory masking in schools have been imposed, despite weak arguments, by powerful interests -- federal public health agencies and teacher unions -- with quasi-religious support from partisan, upscale liberals. But in a democracy, strong arguments have a chance to prevail against powerful interests and to pierce partisan solidarity. On school masks, it looks like we're returning to normalcy.