Michael Barone
|
Posted: Dec 27, 2016 12:01 AM
Share   Tweet
The opinions expressed by columnists are their own and do not necessarily represent the views of Townhall.com. 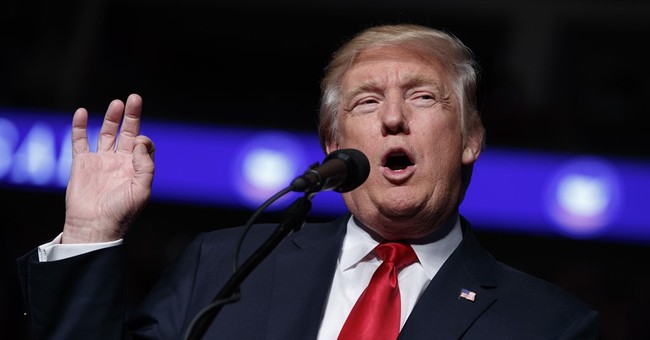 Not all the consequences are clear. But one thing seems true: The election of Donald Trump has put the kibosh on two projects long pursued by American elites, the entitlement reform sought by conservative elites and the measures to address climate change sought by liberal elites.

Neither problem is pressing right now. But elites believe that America is headed to disaster -- fiscal ruin, flooded plains -- if current policies remain in place. These elites believe they have a responsibility to look far ahead and prevent disasters that they, unlike most ordinary people, foresee.

Trump disagrees with them. He didn't have much elite support in his campaign for president, and he has made plain that he's opposed to significant changes in entitlements and doesn't see future global warming as justifying measures that kill jobs and choke off economic growth.

As president, he will have command of the executive branch and a veto to check Congress. It's hard to see how Republicans in Congress will go to the trouble of addressing entitlements if their efforts can't succeed. And it will be hard for liberal elites to frustrate his policies.

He's on particularly strong ground on climate change. Global warming alarmists proclaim that their dire scenarios are certain to occur, and they would be clearly right if the only thing affecting temperatures were carbon dioxide emissions. But many other things (e.g., the sun) affect climate, as well, and the interactions among them and their differing effects are not fully understood, as the failure of climate scientists' models to explain past observations shows.

Liberal elites tell us that "the science is settled" and that people must have faith in their predictions. But science is never settled. Scientists produce theories and test them against observations. When Albert Einstein announced his relativity theory in 1905, he didn't ask people to have faith. He claimed that his theory would do a better job than Isaac Newton's of predicting observations in a solar eclipse in 1919.

It is religion, not science, that demands that people have faith in things that otherwise seem unlikely, brands those who do not as "heretics" and "deniers," requires participation in repeated rituals (recycling, anyone?), and permits sinners to purchase indulgences (carbon offsets for Al Gore's private jet).

The sensible thing to do about possible climate change is to learn more, to fund research (and not just by believers in the alarmist faith), to think seriously about how to mitigate possible bad effects -- and to take advantage of possible good ones. (I grew up in Michigan, where I would have been happy to experience a little warming.)

Conservative elites' concern about entitlements is based on solider numbers than liberal elites' concern about climate. We know just about how many Americans will turn 67 in 2082 (they were born last year), and we can make reasonably good estimates of how many immigrants will. We also have a pretty good idea of how much Social Security beneficiaries will be entitled to then -- though we have a somewhat less firm idea of how many people will be in the workforce paying taxes and less firm estimates of Medicare costs.

There's a strong case for making adjustments now because Social Security benefits already exceed payroll tax revenue and threaten to crowd out other federal spending. The longer we wait the more expensive and painful adjustments will be. But those arguments didn't carry much weight with Democrats or Republicans when George W. Bush made them after being re-elected with 51 percent of the vote.

Conservative and liberal elites may have superior long-range vision. But they're not going to get the policies they want for the next four years.