Michael Barone
|
Posted: Oct 04, 2016 12:01 AM
Share   Tweet
The opinions expressed by columnists are their own and do not necessarily represent the views of Townhall.com. 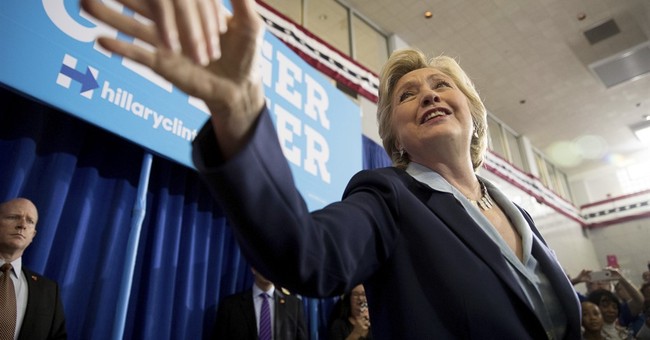 Trending
"The president believes the world will be a better place if all borders are eliminated -- from a trade perspective, from the viewpoint of economic development and in welcoming people from other cultures and countries."

That's a paraphrase of a speech former President Bill Clinton made only months after leaving office, on Sept. 10, 2001, in Melbourne, Australia. There's apparently no transcript; the quotation is from the businessman who hosted the forum, appearing in an article in the next day's Melbourne newspaper, which, thanks to time zone differences, was about 12 hours before the airliners hit the twin towers.

The words are an interesting indicator of a general attitude, a prevailing sentiment taken largely for granted not just by Democrats and Americans like Clinton but also by elite leaders of many parties in the advanced democracies around the world.

Call it Lennonism, after John Lennon's lyrics in "Imagine." "Imagine there's no countries," Lennon sang. "Nothing to kill or die for. ... Imagine all the people living life in peace. ... And the world will be as one." It's an appealing vision but perhaps an odd one for someone born, as Lennon was, when and where the Battle of Britain was raging in the skies overhead.

Today, 15 years after Clinton's talk in Melbourne, Lennonism remains the credo of many elite leaders but is in grave trouble with voters.

Examples A and B are the so-called comprehensive immigration reform legislation, backed by both George W. Bush and Barack Obama, and the campaign to keep Britain in the European Union, led by Prime Minister David Cameron. Both failed.

The key provision of the immigration bills was to legalize the presence of many or most of the estimated (by the Pew Research Center) 11 million to 12 million undocumented immigrants in the United States before border and workforce enforcement provisions could take effect. Both parties had political motives for this.

What both ignored is that many voters think that borders and laws should mean what they say. American citizenship should be reserved, they think, for those inclined to obey American laws. Legalizing undocumented immigrants' status without assurance of future enforcement, they argue plausibly, would incentivize further waves of illegal immigration.

The Lennonist actions of Barack Obama's and the campaign rhetoric of Hillary Clinton provide support for this view. Obama, in an executive order now blocked by federal courts, moved to legalize the presence of 5 million undocumented immigrants.

Clinton has indicated she would legalize the presence of millions of undocumented immigrants and would deport no immigrants who have not broken any laws other than immigration laws. Apparently, she has not repudiated her Ohio campaign's tweet, in response to Donald Trump's statement that "no one has a right to immigrate to this country": "We disagree." That's pure Lennonism -- no borders.

Britain's Cameron -- a product, like the Clintons and the Bushes, of elite universities -- staked his prime ministership on persuading British voters to go along with a status quo in which unelected European Union commissions and courts could overturn British laws and compel Parliament to pass unwanted legislation.

Cameron and financial elites made dire predictions that Brexit -- leaving the EU -- would damage Britain's economy. They acknowledged that EU diktats could be irritating but implicitly accepted that the EU leaders' goal of an "ever closer union" was inevitable.

Fifty-two percent of a record turnout of British voters thought otherwise. Almost everywhere outside inner London and Scotland, majorities voted to take the economic risk -- which currently looks to have been greatly overstated -- and to give control of Britain's borders back to its voters' elected representatives. Cameron resigned and was replaced by Theresa May, who opposed leaving the EU but now says that "Brexit means Brexit."

The British vote came against the urging of Obama and his threat that Britain would go "to the back of the queue" if it ignored his advice.

Obama believes that "the arc of history" bends in the Lennonist direction. It might be nice if it did. But continued terrorist attacks since the day after Bill Clinton spoke in Melbourne, like the bombs raining down on Britain as John Lennon was born, leave plenty of reason to doubt that the world is ready to "live as one."