Does Either Party Have a Winning Strategy? Not Clear

Michael Barone
|
Posted: Aug 02, 2016 12:01 AM
Share   Tweet
The opinions expressed by columnists are their own and do not necessarily represent the views of Townhall.com. 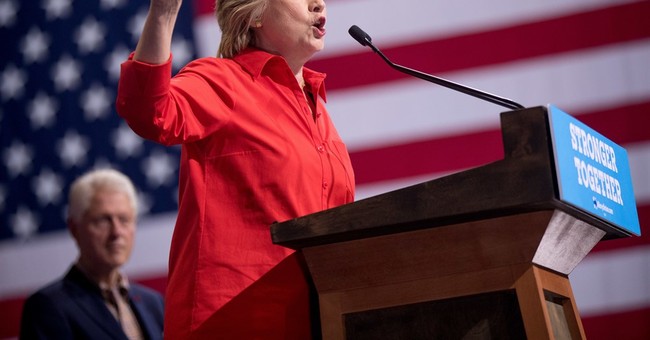 Trending
What is the campaign strategy for the two political parties? Clues can be had from the responses to a question I asked about a dozen dignitaries of each party at their conventions in Cleveland and Philadelphia. What's your best guess, I asked, emphasizing guess, of your nominee's percentage of the popular vote in November 2016?

I understood the responses, being on the record, were not entirely frank. Only two Republicans guessed Donald Trump would lose; only one Democrat said he was uncertain about the result. It would be churlish to hurl the responses of those who turned out to be less than prescient back at them in scorn.

One thing the responses had in common is that they reflected pre-convention polling, which showed Clinton 3 to 5 points ahead. Democrats did not seem to be taking into account post-Republican Convention polling that showed the race essentially even.

But otherwise the differed. Only two Republicans guessed that Trump would get more than 50 percent of the vote. Several made a point of saying that minor party candidates -- Libertarian Gary Johnson, Green Jill Stein -- would get a significant number of votes.

Most Democrats did not take this prospect very seriously. Only two guessed that Clinton's percentage would be under 49 percent. Most thought it would be 52 percent or higher -- more than Barack Obama's 51 percent in 2012. Acting national chairman Donna Brazile guessed that Clinton would win 303 electoral votes, which she would if she carried every Obama 2012 state except Florida.

It may be natural for Republicans to consider more permutations and combinations than Democrats. Republicans have just been through a primary cycle in which conventional wisdom has been disrupted over and over. Democrats' result was the one they expected all along.

As is the result they seem to expect in November. They've internalized the analyses that claim that demographic change -- increasing percentages of nonwhites, millennials, single women in the electorate -- have propelled them to something like permanent majority status.

They understand that Donald Trump is running stronger than previous Republican nominees among non-college-educated white men and their speakers made ritual obeisance to the meme that Democrats are better for the little guy.

But the more prevalent appeal, delivered especially by Michael Bloomberg, is to whites with higher education who are already repelled by Trump. This amounts to augmenting their initial strategy of re-assembling the 2012 Obama 51 percent majority with what FiveThirtyEight proprietor Nate Silver calls a "1964 strategy," arguing that the Republican nominee is unacceptable.

The numbers look like they might add up -- or not. But there are some imponderables. One is that the incumbent party is at a disadvantage when two-thirds of voters believe things are moving in the wrong direction.

The Clinton Convention was forced to claim that things are better than you think and even to take on the trappings of optimistic nationalism and, at some risk of boos from Bernie bros, add flags and generals in its third and fourth days. That risks being at odds with the middle of the electorate and its own left wing at the same time.

The second is that the candidate promises economic growth with policies that have over the last seven years produced only sluggish growth -- more sluggish than economists thought, it turns out, from GDP statistics released July 29.

The 16 references to "growth" in the Bernie-Sanders-influenced party platform refer mostly to policies helping one or more of the party's favored splinter groups. There's also a claim that higher taxes will stimulate growth and a promise of more infrastructure spending.

But as Barack Obama grinningly observed, there are no shovel-ready projects. And if you want someone who will sweep aside environmental barriers and regulatory delays, you might well prefer Donald Trump.

The third imponderable is something pollsters can't reliably gauge: turnout. Even with Barack Obama's endorsement, Clinton is unlikely to equal the black turnout and Democratic percentages of 2008 and 2012. Hispanics have shown less enthusiasm for repudiating Trump than Democrats expected.

Young voters, who dislike Trump but voted heavily for Bernie Sanders in the Democratic primaries, may be hard to rally. Polling shows many under-35s who choose Clinton in a two-way race prefer Libertarian Gary Johnson or the Green party's Jill Stein when given the option. That could swell the minor party vote above the 1.0 to 1.8 percent they received in the last three elections.

So which party has a winning strategy? Not clear.