Will the National Conventions Change the Delegate Selection Rules -- Again?

Michael Barone
|
Posted: Jul 12, 2016 12:01 AM
Share   Tweet
The opinions expressed by columnists are their own and do not necessarily represent the views of Townhall.com. 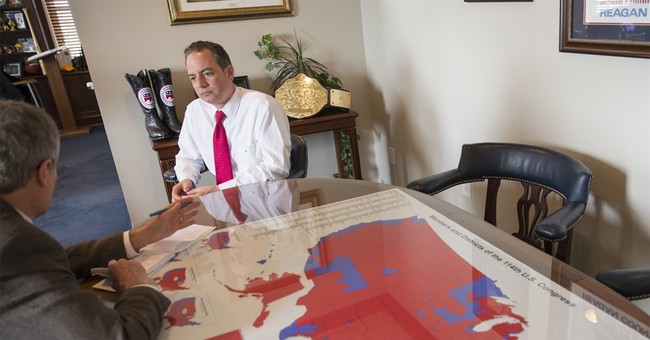 Trending
When the Republican and Democratic national conventions gather in successive weeks in Cleveland and Philadelphia, respectively, one item on their plates will be reconsideration of their parties' nominating rules. Just about everyone agrees that they are unsatisfactory in some way or another, and many itch to do something about it.

But what? Perhaps I can give some advice as one who was present at the creation. I was in Chicago's International Amphitheatre at the 1968 Democratic National Convention on the one roll call when the delegates voted down the convention managers. It was a resolution, sponsored by Geoffrey Cowan, now head of the Annenberg Foundation Trust, requiring creation of a commission to recommend changes in the delegate selection process.

This was the McGovern-Fraser Commission, which effectively changed the system from having most delegates selected by party officials and caucuses to one in which most are chosen in primary elections, as they were in 1972 and have been ever since.

Some people argue for going back to the pre-1972 system, but, as the Chicago convention and the ensuing campaign showed, it was already dysfunctional -- at least for the Democratic Party, which in those days controlled most state legislatures and therefore tended to set the rules.

The three main forces dominating Democratic conventions, as described by Theodore White in his "The Making of the President, 1960," were the big city bosses, the leaders of big labor unions and conservative Southern governors.

But as people moved to the suburbs, the bosses lost clout; the industrial labor union membership rolls started falling and the number of conservative Democratic Southern governors declined. These leaders represented dwindling constituencies and weren't able to deliver votes on Election Day. Something new -- multiple primaries -- filled the vacuum they left.

Since 1972 both parties have been tinkering with their rules and their primary and caucus schedules, with not entirely satisfying results. A Democratic commission led by four-term North Carolina Gov. Jim Hunt gave superdelegates -- elected and party officials -- automatic convention votes. Republicans give each state's party chairmen and national committeemen votes as well.

The purpose is to give knowledgeable professionals some voice, to balance delegates usually chosen by candidates' campaign managers. There's a serious argument for that, though not one accepted by Bernie Sanders backers this year.

Party rules also guarantee that Iowa and New Hampshire hold the first caucuses and primaries, as if it were required by the Constitution. This is untouchable, since no politician with any dream of running for president dares to alienate voters there.

The scramble of other states to vote early lengthened the schedule, to the point that in 2008 Iowa voted on Jan. 3, the ninth day of Christmas, after a two-week period in which few voters are paying attention. Republicans, controlling most legislatures now, kicked back with rule changes that set the first contests in February and blocked winner-take-all primaries before March 15.

The parties differ on delegate allocation rules, based on their differing historic character. Republicans, with a large core constituency, have had more winner-take-all contests. Democrats, a coalition of disparate minority groups, tend to favor proportional representation.

This year those rules worked against candidates favored by party leaders. Winner-take-all allocation helped Donald Trump clinch the nomination May 3 with 42 percent of popular votes, while proportional representation might have stopped him. Bernie Sanders, with 42 percent of votes, is still in the race thanks to proportional representation; winner-take-all contests would have given Hillary Clinton a 2-1 delegate lead months ago.

Inevitably there are proposals for change. But there's no prospect for a single national primary, nor will 50 states ever agree on whether to hold primaries or caucuses, or to have party registration or open primaries. A proposal to have four primary dates, with the smallest states voting first, died aborning.

Michigan Republican Saul Anuzis wants voters to indicate second, third and fourth choices, to penalize a candidate who, like Donald Trump, is beloved of some but unacceptable to most or very many others.

One lesson of earlier reforms is that solving one year's perceived problems creates new, unanticipated problems in the future. Reasonable arguments can be made both for and against every procedure mentioned above and others as well.

This year's reformed and re-reformed process produced the two most unpopular nominees in recent history. But unfortunately, there simply is no single satisfactory way to choose nominees for the world's most important elective office -- the only part of our electoral system not referenced by the framers of the Constitution.