Why We Have -- and Probably Will Keep Having -- Sluggish Job Growth

Michael Barone
|
Posted: Jun 21, 2016 12:01 AM
Share   Tweet
The opinions expressed by columnists are their own and do not necessarily represent the views of Townhall.com. 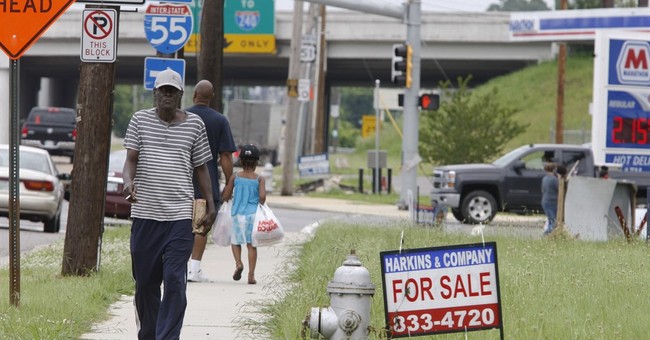 Why has the American economy had such sluggish job creation and economic growth? That's a pretty fundamental question, and one for which most conventional economists have had unsatisfying answers.

Clues can be found, I think, in the new book by the unconventional economist and blogger Arnold Kling. "Specialization and Trade: A Re-Introduction to Economics" is, among other things, a polemic against macroeconomists who treat the economy as what Kling calls a "GDP factory" and who think policymakers can get it producing more by just stepping a little harder on the gas pedal, with federal stimulus spending or low interest rates.

As you may have noticed, that hasn't been working very well.

Kling sees the economy as the constantly changing sum total of firms, entrepreneurs and individuals specializing in certain work and trading with each other. In the process of that, in a typical month it destroys and creates about 4 million jobs.

Reasons are not hard to see. Higher federal tax rates have hurt, and high-tax states have seen businesses flee to low-tax places like Texas. Taking money away from existing enterprises and potential entrepreneurs to pay for skyrocketing pensions for retired public employee union members is not a recipe for job growth.

The Obama administration's record-setting pile-on of regulation after regulation surely hurts as well. Obamacare regulations deter many a business from creating job No. 50. Higher minimum wages destroy jobs in which entry workers can develop skills and good work habits. Mandates for increased benefits and leave time crowd out job creation.

The aging of the population plays some role, but doesn't explain slow job creation, which apparently motivates many baby boomers to cling to jobs they have after age 65.

Another factor, less often stressed, is reduced mobility: Fewer Americans are up and moving. American Enterprise Institute President Arthur Brooks points out that 50 years ago about 20 percent of Americans moved every year and 25 years ago about 15 percent did. Now it's down to about 10 percent.

In an economy in which patterns of specialization and trade are always changing, Kling argues, it's impossible to maintain stable local employment patterns. Some places shed jobs; in others jobs are created. Many people need to move to maximize opportunity. These days fewer do.

Why? One reason is the explosion of the number of people receiving Social Security Disability Insurance: It's tripled since 1980, doubled since 1995. West Virginia, despite low job creation, has seen little domestic out-migration. Not coincidentally, it has the highest rate of disability payments. People once left the mountains -- for Michigan in the 1940s, Texas in the 1990s. Now they stay put and wait for $13,000 in annual SSDI.

Another reason is that young people increasingly are living with their parents -- 32 percent age 18-34, according to the Pew Research Center, the highest since the 1930s and the Great Depression. Attending local colleges and junior colleges with cheap in-state tuition also tends to reduce mobility, but it often doesn't provide job-worthy skills.

Or an urge to entrepreneurship. Federal Reserve data indicate that the percentage of under-30s owning all or part of a business is one-third the rate it was in 1989. And a plethora of state occupational licensing laws, as the Obama White House has argued, close off opportunities to protect incumbents.

Hillary Clinton would increase regulatory burdens and increase the cost of employing people. Her goal, like that of Bernie Sanders, is to make us more like Continental Europe, which has had virtually zero job growth for years.

Kling says he's voting for Gary Johnson. You can see why.