Republicans Should Have Adopted Democrats' Rules -- and Vice Versa

Michael Barone
|
Posted: May 03, 2016 12:01 AM
Share   Tweet
The opinions expressed by columnists are their own and do not necessarily represent the views of Townhall.com. 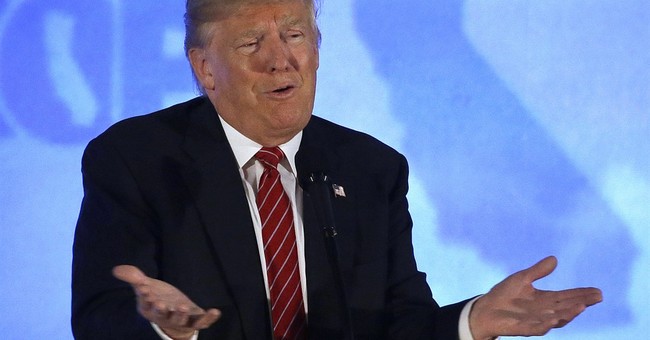 The unexpected successes, forecast by almost no one 12 months ago, of Donald Trump and Bernie Sanders in winning 40 percent and 42 percent in Republican and Democratic primaries and caucuses is widely taken as evidence of raging discontent among American voters.

There's something to that. But Trump's better-than-even chance of winning the Republican nomination and Sanders' success in pushing Hillary Clinton to the left owe something to another factor: Each party's nominating process has proven better suited this year to the other party.

Over the 44 years since primaries started dominating the nominating process, both parties have adopted rules that suited their separate and different historical characters. They have often served their intended purposes. But not this year.

The Republican Party, since its foundation in 1854, has been dominated by a core of people who are considered typical Americans -- white Northern Protestants in the 19th century, white married people today -- but who are never by themselves a majority of the nation. Republicans have to build on that minority to win and often have.

The Democratic Party, since its first national convention in 1832, has been a coalition of disparate groups -- white Southerners and Catholic immigrants in the 19th century, gentry liberals and black churchgoers today -- with often conflicting goals. But when the Democratic coalition holds together it produces impressive majorities.

The parties' nominating rules reflect these differences. Republicans have tended to favor winner-take-all delegate allocation, in the belief that candidates who win a plurality will be acceptable to, if not the first choice of, the party's core.

Thus after the Super Tuesday primaries in 2008, John McCain led Mitt Romney in popular votes by only 39 to 32 percent. But winner-take-all rules, especially in California, where McCain carried 48 of 53 congressional districts, gave McCain such a big delegate lead that Romney withdrew two days later.

Democrats, needing to unite disparate constituencies, actually required a two-thirds supermajority for the nomination from 1836 to 1932. Since 1972 they have tended to allocate delegates by proportional representation, to give each large constituency something like a veto on the nomination.

This has blocked the nomination of disruptive candidates who had large blocs of support but were unacceptable to the majority, such as George Wallace and Jesse Jackson. Democrats' granting votes to superdelegates operates similarly. But proportional representation hasn't served Democrats well in 2012. As Daniel Nichanian at FiveThirtyEight points out, under Republican Party rules Hillary Clinton would now have nearly a 1,000-delegate lead over Bernie Sanders.

Exit polls indicate that Clinton is widely acceptable to Democratic voters. But Sanders' persistent challenge has led her to take leftist stands that may be difficult to defend in the fall or to sustain in governing.

As for Republicans, Donald Trump is the kind of disruptive candidate more common among Democrats -- deeply unacceptable to many party voters and officeholders.

But Republican rules have enabled him to amass a big delegate lead by winning pluralities of the vote in multi-candidate fields. Under Democratic proportional representation rules, according to the estimate of FiveThirtyEight founder Nate Silver, under Democratic proportional representation rules, Trump would have won nearly 100 fewer delegates in contests up to March 6.

And that was before the first winner-take-all primaries March 15. By my back-of-the-envelope estimate, proportional representation rules (allocating delegates only to candidates meeting a 20 percent threshold) would have cost Trump a little more than 100 delegates net in post-March 6 contests.

So under Democratic rules, instead of being about 240 delegates short of the 1,237 needed for the nomination as he is now, Trump would be about 440 delegates short. In that scenario he would have to win more than 60 percent of remaining delegates, almost surely impossible for a candidate who has won just 40 percent so far. It's the same position Bernie Sanders finds himself in.

Now the Republican Party faces the possibility of defections from Trump supporters if he isn't nominated and from Trump opponents and general election voters if he is.

Either way the losing side will claim the rules are unfair. Rational arguments can be made for the fairness of both parties' rules, or for changing them. The parties' past tinkering has been aimed at repairing damage in previous contests. The unintended result is that both parties are saddled with rules ill-suited to their contests this year, with the potential to damage their nominees in November.