Michael Barone
|
Posted: Feb 09, 2016 12:01 AM
Share   Tweet
The opinions expressed by columnists are their own and do not necessarily represent the views of Townhall.com. 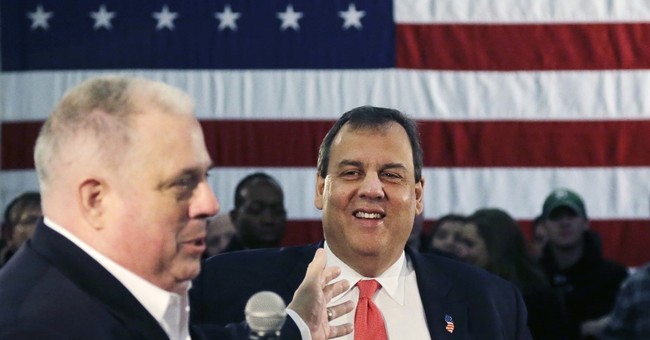 Trending
Benning Wentworth is not a name you'll run across in New Hampshire primary coverage. But he arguably did as much as anyone else to establish the political culture -- or cultures -- of America's first-in-the-nation primary state.

Wentworth was governor of New Hampshire from 1741 to 1766, the longest-serving colonial governor, and with his father he successfully lobbied to make New Hampshire, surrounded by Massachusetts and its Maine territory, a separate colony.

This insulated New Hampshire's religiously diverse seacoast and backwoods from Massachusetts' Puritan busybodies -- and from its customs and tax collectors.

Wentworth himself was not much at obeying rules. At Harvard he "set a new high record for fines and broken windows," one historian noted. As merchants, the Wentworths sold to Britain's enemy Spain "what they said was ordinary lumber and what their enemies alleged to be mast timber from the king's woods."

Since then, New Hampshire has been involved in worldwide commerce and has been resistant to rules and restrictions, with a libertarian streak and an aversion to orthodoxies. "Live free or die," the state motto, comes from Revolutionary War hero John Stark, but it could have come from Benning Wentworth.

More recently, as other Northeastern states raised sales and income taxes, New Hampshire refused to pass either. Outflow from "Taxachusetts" gave New Hampshire above-national-average population growth from 1970 to 1990. Since Massachusetts voters and governors lowered taxes in the 1990s, New Hampshire hasn't grown more than average. But it's still politically distinctive -- a target state in a heavily Democratic region.

New Hampshire's longtime tax-averseness helped propel Ronald Reagan and George H.W. Bush into the presidency in the 1980s, with worldwide reverberations. It helps explain why Bush opened his election night statement in November 1988 by saying, "Thank you, New Hampshire."

Since then, tax cuts have become Republican orthodoxy and religious beliefs have become determinants of political behavior. New Hampshire, never pious in Wentworth's day, has a relatively secular Republican electorate -- only 22 percent were evangelicals in 2012, compared to 64 percent in Iowa last week. This is tough ground for candidates identified with the religious right, and New Hampshire Republicans have rejected every Iowa winner since 1996.

That isn't good news for Ted Cruz and may help Donald Trump hold onto his big poll numbers there. It helps explain why Chris Christie is attacking Marco Rubio on abortion, why John Kasich is foreswearing religious talk and why Jeb Bush is emphasizing his experience, not his faith.

Democratic politics in New Hampshire has been shaped, more than two centuries later, by Benning Wentworth's creation of dozens of new townships on both sides of the Connecticut River. New York claimed those west of the river and ultimately they became part of the independent republic and state of Vermont.

Once the nation's most Republican state, Vermont is now the second-most Democratic. The flinty Yankee farmers of yore have died out, replaced in the 1970s and 1980s by a flood of alternative-lifestyle newcomers, typified by Brooklyn-native Bernie Sanders.

Such migrants have spread out over the beautiful landscape, creating a sort of Greater Vermont including the Berkshires and Connecticut Valley of Massachusetts, Litchfield County in Connecticut and -- yes -- the western counties of New Hampshire. Benning Wentworth's towns are the heart of the most left-wing part of America east of the San Francisco Bay.

New Hampshire's Democratic primaries used to be dominated by textile mill workers of Irish and French Canadian descent. Now the mills are high-tech offices and the state's Democratic electorate has been increasingly Vermontized, with fewer (as some analysts call them) beer Democrats and more wine Democrats.

With beer Democrat support, Al Gore beat Bill Bradley 50 percent to 46 percent in the 2000 primary. Hillary Clinton won with beer Democrat support in 2008, but got only 39 percent, as wine Democrats split between Barack Obama and John Edwards. This year's polls show Clinton with about the same percentage, while losing in this one-on-one race against wine-Democrat-supported Vermonter Bernie Sanders.