Americans Tired of Elites Considering Them Stupid and Vicious

Michael Barone
|
Posted: Jan 26, 2016 12:01 AM
Share   Tweet
The opinions expressed by columnists are their own and do not necessarily represent the views of Townhall.com. 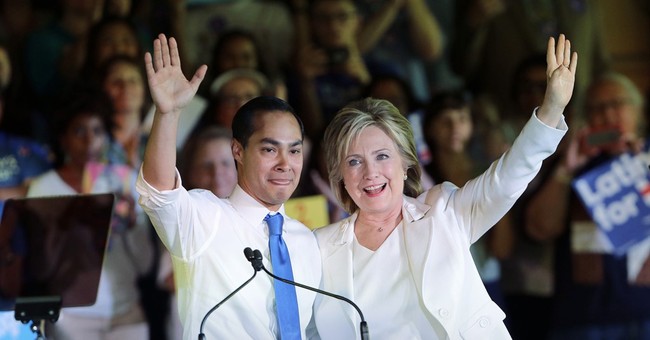 Trending
How stupid and vicious do they think we are? That's a question that I think explains a lot of things about politics and society today -- and about this year's unpredicted presidential race.

The "us" in that question are ordinary citizens and the "they" are political and media elites who hold them in contempt -- which they do over and over again by trying to obfuscate and cover up the source and motives of terrorist attacks.

Barack Obama, who refuses to use phrases akin to "Islamist terrorism" is a prime, but far from the only, offender. His predecessor, George W. Bush, after the attacks of Sept. 11 made a point of visiting mosques and calling Islam a religion of peace.

Undoubtedly, he then feared that many Americans would attack and assault Muslims, actual or perceived, and a very few such attacks occurred. But government statistics count far fewer "hate crimes" against Muslims than against Jews.

Nonetheless Obama still behaves as if any suggestion that terrorists shouting "Allahu akbar!" has something to do with Islam will spark massacres and persecution across the country. The American people are seen as a great beast, incapable of reason or cool judgment. Stupid and vicious.

So they must be reminded that they are not morally superior to terrorists. At a national prayer breakfast Obama felt obliged to remind Americans that Christians attacked Muslims -- in the Crusades 800 years ago.

Others have followed his example. In a press conference earlier this month Philadelphia police officials described how a Muslim dressed in a white religious robe fired multiple rounds at a police officer, "in the name of Islam," as he said after his arrest. You could see it on videotape.

At which point Philadelphia Mayor James Kenney proclaimed, "In no way, shape or form does anyone in this room believe that Islam or the teaching of Islam has anything to do with what you've seen on the screen."

How stupid and vicious does he think we are?

Still, dangerous drivers are dangerous. Americans are tired of hearing "Islam is a religion of peace" when for an uncomfortably large minority of Muslims these days it's the opposite. So they have been flocking to Donald Trump when he calls for banning all Muslims from entering the U.S. And conservatives who in another year would upbraid Trump for flunking multiple litmus tests are defending him because he dares to utter forbidden truths.

Americans may be noticing, as well, how far political correctness has gone in Europe, especially Germany. European and American elites praised Chancellor Angela Merkel for promising to take in 1 million mostly Muslim, mostly male refugees. Why can't America be so generous?

But ordinary people, there and here, have seen how police, municipal and national officials have covered up migrants' New Year's Eve mass assaults on women in Cologne and other cities, and how print and broadcast media eagerly cooperated. Cellphone cameras told the story that elite media wanted to ignore.

It's a story, as even some Americans notice, that shows the underside of a European multiculturalism that insists that all cultures are morally equal, except ours, which is worse. The result is that authorities don't demand that Muslims respect the rights of women and gays, as in Rotherham, England, where they allowed immigrants to degrade 1,400 women and children for a decade, lest they be called racist.

Ordinary people can see, when elites allow them to see, that this gets things upside down. Human rights, toleration of those who are different, safety for those who exercise freedom of expression -- these are products of the West, not the rest.

Ordinary Americans, I think, have a better sense of how to get these questions right than the elites who look down on them as stupid and vicious.