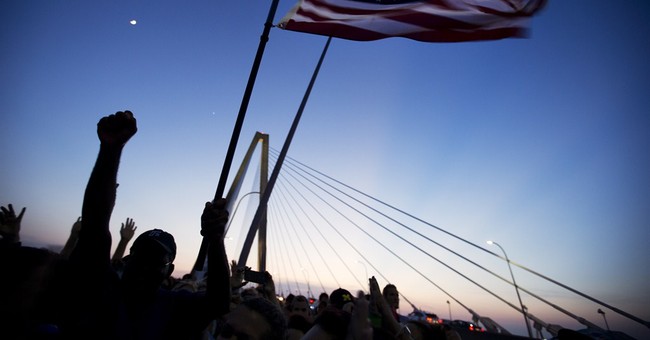 Trending
The Fourth of July is a time to remember Americans who have contributed much to their country, and this Fourth weekend is a good time to remember two such Americans who died in recent weeks -- and whom I'd had the good fortune to know and joust with intellectually since the 1970s -- Allen Weinstein and Ben Wattenberg.

Both were sons of Jewish immigrants, born in the 1930s and raised in the Bronx, which then had the highest Jewish percentage of any American county and also large Irish, Italian and black communities.

The Bronx was one of the heartlands of American liberalism -- the big argument in 1948 was whether to support Harry Truman or the anti-anti-Soviet, Henry Wallace -- and Weinstein and Wattenberg as young adults were proud liberal Democrats. But while both remained liberals in many respects, they were willing to challenge leftist orthodoxy.

As a history professor at Smith College, Weinstein authored two books in the 1970s and came to public attention with his 1978 book "Perjury: The Hiss-Chambers Case." He had begun his work believing, like many on the left, that Hiss was unjustly convicted of perjury in 1950 for denying he was a Soviet spy.

But his research -- including 30,000 pages of Justice Department records, interviews with Soviet spies and with Hiss himself -- convinced him that Hiss was guilty. And the meticulous narrative and argumentation in "Perjury" convinced readers ranging ideologically from George Will to Arthur Schlesinger, Jr.

Though affirming Hiss' guilt was apostasy in academia, Weinstein continued to teach at Georgetown and Boston University. In 1985 he founded the Center for Democracy, and worked with Democrats and Republicans to advance democratic institutions in the Philippines, Central America and Russia.

Weinstein was a conduit of information between the White House and Boris Yeltsin during the 1991 coup, and, with former KGB agent Alexander Vassiliev, he gained access to Soviet secret police files, the basis for their 1999 book "The Haunted Wood: Soviet Espionage in American -- the Stalin Era." Those documents and the until-then-secret Venona transcripts of KGB communications sealed the case against Hiss and other spies whom some considered unjustly accused.

From 2005 to 2008 Weinstein served as archivist of the United States, developing digitized records and arranging federal status for the Nixon presidential library. As a careful scholar, he was not given to broad generalization. But the thrust of his life's work was a reaffirmation of the value of American democracy and the worthiness of the struggle against totalitarian rule.

Ben Wattenberg started not as an academic but as a journalist and first gained attention with his 1965 book, "This U.S.A.," co-authored with former Census Director Richard Scammon, using census data to show how "we have achieved a better America."

That led to a speechwriting job in Lyndon Johnson's White House, where Wattenberg's inveterate optimism about America and Americans never wavered despite multiple urban riots and numerous antiwar demonstrations. Wattenberg worked on Hubert Humphrey's unsuccessful 1968 campaign and in 1970, again with Scammon, wrote "The Real Majority," arguing that the Democratic (or Republican) party could win only with the support of the median voter, personified by an archetypical housewife from Dayton.

Wattenberg's arguments did not convince his fellow Democrats, who nominated George McGovern and Jimmy Carter in 1972 and 1976 while Wattenberg worked for the campaign of the hawkish liberal Henry "Scoop" Jackson. But he never lost faith in his fellow Americans.

When many writers depicted overpopulation as a looming problem, Wattenberg took the opposite view: the world needed more Americans. His immersion in statistics enabled him to appreciate before others the sharp decline in national and world birth rates. His responses included his books "The Good News Is the Bad News Is Wrong" (1984) and "The Birth Dearth" (1987).

For three decades Wattenberg was a scholar at the American Enterprise Institute (where I am a resident fellow) and for even longer he produced and appeared in television series, including "In Search of the Real America" and "Think Tank."

For Wattenberg the United States was, in the title of his 1991 book, "The First Universal Nation," and he proclaimed himself, echoing the 1840s phrase, a "neo-manifest destinarian."

American liberalism has moved in different directions from these two sons of the Bronx, but Allen Weinstein and Ben Wattenberg embodied some of its historic virtues: patriotism, optimism, openness to dialogue and friendly but zestful argument. Legacies we all can learn from.