Obama Will Leave the Democrats in Shambles 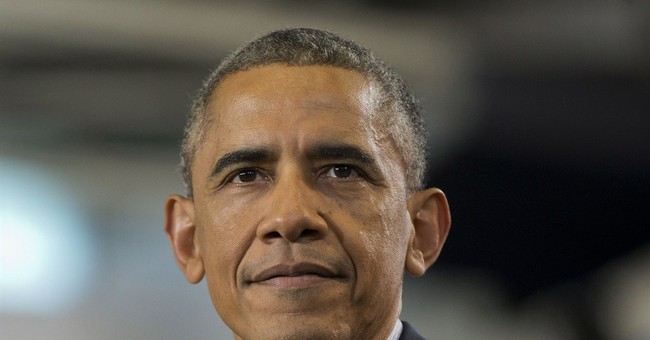 Before the election results are in, and keeping in mind that there may be some unpleasant surprises for one party or the other -- or both -- it's possible to assess how the Democratic Party has fared under the leadership of President Obama. To summarize the verdict: not so well.

By one metric it has done very badly indeed. When Obama took the oath of office in January 2009, there were 257 Democrats in the House of Representatives. Going into this election there are 201 (including two vacant Democratic seats).

Psephologists universally agree Democrats will suffer a net loss of House seats, for reasons explained in an earlier column in this space. That will leave them with a number probably somewhere in the 190s.

That means a loss of something like 60 seats -- far more than the parties of George W. Bush after six years (19 seats), and slightly more than Bill Clinton at this stage (47 seats).

House race results are particularly meaningful because in the past two decades, much more than in the 1970s and 1980s, Americans are voting straight tickets. Party performance in House elections is a pretty good indicator of support of a party and (when it has one) its president.

It's true that Bill Clinton's party lost 12 Senate seats in his first six years, as opposed to only four for President Obama's -- so far. But Democrats will come near to these losses if, as forecasters think likely, they lose their Senate majority, and even more if Republicans win almost all the close races.

Senate numbers in any case are a less reliable indicator of party strength, since there are fewer than three dozen races every cycle, compared to hundreds of House races.

Why has the Democratic Party fared so poorly under Obama's leadership? I can see two reasons: one ideological, one demographic.

Start with demographics. The Obama coalition, even more than Bill Clinton's, is based on overwhelming support from constituencies with some conflicting interests. It's a top-and-bottom coalition: he carried the very lowest and highest income and education groups, while his support sagged among those in the middle.

His strongest groups are blacks and gentry liberals -- the same two groups he gathered together when he got to design his own state Senate district in 2002. Majorities of both groups still support him, but perhaps with diminished enthusiasm. Black crowds unexpectedly started walking out before he finished talking at recent events in Prince George's County, Maryland, and Milwaukee.

Moreover, the geographic clustering of blacks and gentry liberals in central cities, sympathetic suburbs and university towns puts the Obama Democrats at a disadvantage in equal-population districts where Republican voters are spread more evenly around.

Meanwhile, the thrill is clearly gone among two groups that backed him heavily in 2008 and 2012, and which will inevitably be larger parts of the electorate in the future: Hispanics and Millennials.

The latest Harvard Institute of Politics poll shows Obama approval among Millennials at 43 percent, not significantly higher than the national average. Those who said they were definitely voting favored Republicans over Democrats 51 to 47 percent. This among a group that voted 66 percent and 60 percent for Obama in 2008 and 2012.

The latest Pew Research Center poll showed Obama's approval among Hispanics a bit higher, at 49 percent. But that's far short of the 71 percent of Hispanic votes that Obama received in 2012.

Obama's majorities depended on his party winning Hispanics and Millennials by something like 2-to-1 margins. Democrats don't seem to be doing that this year.

That gets us to ideology. Bill Clinton was credited with competence and acceptable ideology, which made his party competitive in the early 2000s and well-positioned to take advantage of George W. Bush's perceived incompetence (Iraq, Katrina) in 2006 and 2008.

President Obama's ideology -- expanded government, Obamacare -- has been less widely acceptable, and his reputation for competence is currently in tatters. He was able to eke out re-election with a reduced percentage by good organization. But he leaves his party in trouble.

Yes, Hillary Clinton leads in polls for 2016. But her numbers have been sagging. And other Democrats poll worse against not-very-well-known Republican alternatives than I can remember any party's potential candidates polling in the last half-century.

Predicting 2016 when 2014 isn't over is risky. But it looks like President Obama has left his party in worse shape than any president since Woodrow Wilson nearly a century ago.