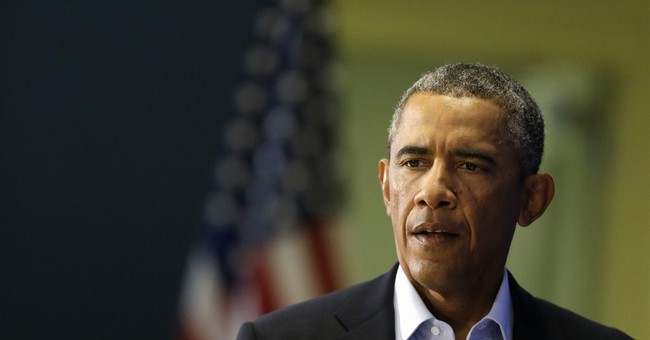 Trending
"About half the practice of a decent lawyer consists in telling would-be clients that they are damned fools and should stop." So supposedly said Elihu Root, New York lawyer and secretary of war and of state, and U.S. senator from 1909 to 1915.

Today it seems that many liberal "would-be clients" are in desperate need of what Root called "a decent lawyer."

Take Texans for Public Justice, the so-called public interest group that has been pushing for the indictment of Gov. Rick Perry by a grand jury at the urging of special prosecutor Michael McCrum.

The basis for the indictment is, in the words of liberal New York Magazine writer Jonathan Chait, "unbelievably ridiculous." The first count says that Perry violated a vaguely worded statute by threatening to veto an appropriation. That, even though the Texas Constitution gives governors the veto power and the U.S. Constitution's First Amendment protects their right to free speech.

The second count states that it was illegal "coercion" to demand the resignation of Rosemary Lehmberg, head of the public integrity prosecution unit whose funding Perry vetoed, after she was arrested for drunk driving with a blood alcohol content three times the legal limit.

"To describe the indictment as 'frivolous' gives it far more credence than it deserves," Chait said. Liberal Harvard law professor Alan Dershowitz agreed. Perry's actions, he said, are "not anything for a criminal indictment," adding that the indictment is reminiscent of "what happens in totalitarian societies."

The editorial writers of the Washington Post and the New York Times agreed. A "tendentious prosecution," the Post wrote, noting that it was not the first one launched in Austin. The Texas town also produced the 2006 campaign finance indictment of former House Majority Leader Tom DeLay that was finally ruled invalid last year.

The Times, after making clear its distaste for Perry ("one of the least thoughtful and most damaging state leaders in America"), wrote that "the indictment appears to be the product of an overzealous prosecution."

Many Texas liberals, perhaps shell shocked after losing every statewide race since 1994, are still chortling over Perry's predicament. But the obvious injustice of the indictment may help more than hurt Perry. A decent lawyer would have told them to stop.

And a decent lawyer would also have told President Obama to stop before letting it be known that he was considering a proclamation that his administration would not prosecute some 5 million illegal immigrants. That's apparently what he told Hispanic group leaders in a closed meeting earlier this year.

Obama's June 2012 statement that he wouldn't prosecute "dreamers" -- those brought over illegally as children who have met certain conditions -- was widely popular. Americans understand that children lack mens rea -- the legal term for intention to break the law. But that doesn't apply to those who broke the law as adults.

Obama defenders have claimed, preposterously, that he's entitled to do this as an exercise of prosecutorial discretion and since Congress hasn't passed such a law. But a prosecutor can't void a law completely, and the Democratic Congress could have passed an amnesty in 2009-10, when House Speaker Nancy Pelosi, favoring affluent environmentalists over poor Hispanics, chose to push cap-and-trade rather than immigration reform.

As Danny Vinik pointed out in the liberal New Republic, if Obama can suspend one law, a Republican president could suspend, say, the capital gains tax. Ross Douthat, the normally mild-mannered conservative New York Times columnist, said granting amnesty to 5 million illegals would be "presidential caesarism." As Elihu Root might put it, you're a damned fool and should stop.

Which may be what Obama is doing. There was speculation when he returned to Washington from Martha's Vineyard, Massachusetts, last week that he would announce an amnesty. He didn't.

My guess is that someone is telling Obama there will be a firestorm if he singlehandedly legalizes 5 million illegals. You're a damned fool and should stop.

Someone might have said that as well when Obama ordered the IRS to authorize Obamacare subsidies in states without state health care exchanges, contrary to the words of the statute.

The Supreme Court is likely to take up the issue and, if it follows the D.C. Circuit's Halbig v. Burwell decision, would end subsidies in the 36 states that chose not to set up exchanges -- a deathblow to Obamacare. A decent lawyer yelling "stop" would have prevented such a debacle.