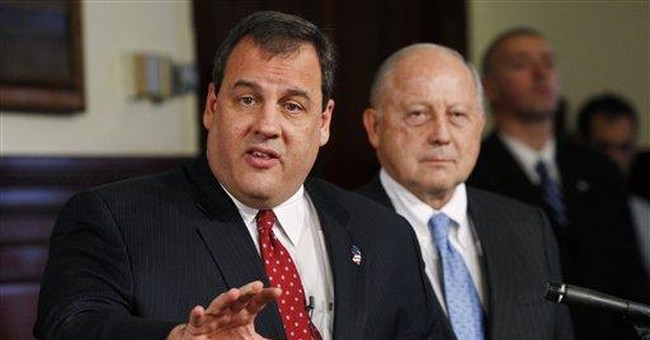 The Obama Democrats' stealth strategy for increasing the size and scope of the federal government is well underway, despite huge voter backlash. Federal spending has been increased from a 30-year average of 21 percent of gross domestic product to 25 percent, and a bipartisan commission tasked with reducing the deficit may recommend tax increases.

Presidential economic adviser Paul Volcker has already called for a value-added tax, a form of national sales tax, and presidential press secretary Robert Gibbs has declined to rule it out.

The assumption in some quarters is that a tax increase is inevitable and that the public won't allow any significant decrease in public spending. But there's reason to question that assumption.

Spending cuts have proved politically sustainable in other advanced countries. Economist Tyler Cowen, writing in The New York Times, notes that in the last two decades Canada, Sweden and Finland all cut government spending 20 percent within a few years when faced with structural budget deficits. It may have been painful, but no one saw starving people in the streets of Ottawa, Stockholm or Helsinki.

We may also be seeing some examples in American states. The focus in Washington has been on the federal budget deficit, but state and local government spending amounts to more than 10 percent of gross domestic product and grew faster than the economy over the last decade.

When revenues crashed, congressional Democrats sent one-third of the money in their $862 billion February 2009 stimulus package to state and local governments. The stated reason was to prevent interruption of services.

The political motive was to maintain existing state and local payrolls -- while the private sector has shed 8 million jobs, the public sector has shed zero -- and to keep the dues money flowing to the public employee unions that were so generous to Democrats in the 2008 election cycle.

But that was onetime relief. As New York's Democratic Lt. Gov. Richard Ravitch notes, "The stimulus package just raised higher the cliff from which we all will have to jump off." Revenues continue to lag beneath the trajectory of spending. Improvident pension promises are coming due. Crunch time is arriving sooner in the states than in Washington.

Some states and localities have responded by raising taxes. But the two governors elected in November 2009 have not.

In the process, Christie has taken on the teacher unions. That required some guts. In 2005, California Gov. Arnold Schwarzenegger backed ballot propositions to reduce the power of public employee unions. The unions spent something like $100 million -- every dollar ultimately provided by taxpayers -- to drive Schwarzenegger's numbers down and beat the propositions, sending California state government toward insolvency.

That came at a time when surging prosperity seemed likely to continue forever. After losing on the ballot propositions, Schwarzenegger -- like his predecessor Gray Davis -- was unable or unwilling to stop the public employee unions and obedient legislators and local officials from spending every dollar available and many more. Lenders in California and the three other "sand states" -- Nevada, Arizona and Florida -- were busy pumping out the subprime mortgages to uncreditworthy homebuyers that produced the financial crash in 2008. Revenues crashed, and California state government faces something like insolvency.

In today's dire economic climate, Christie seems to be marshalling more voter support than Schwarzenegger was able to in prosperous 2005. He points out that teachers are getting pay raises when most people are not and that they pay zero percent of health insurance premiums. And that the head of the state teachers union makes $550,000 -- all it of derived from taxpayers -- and refused to fire a county union head who wrote a poem calling for Christie's death. Last week, New Jersey voters turned out in large numbers and defeated 260 of 479 local school budgets -- usually 70 percent are approved.

Barack Obama's project of turning the United States into something more like Western Europe has stirred strong opposition and generated much less enthusiasm. What's happening in states like Virginia and New Jersey -- and what happened not so long ago in Canada, Sweden and Finland -- suggests that voters may support spending cuts more than most American politicians and pundits have assumed. And much more than a value-added tax.