Voters Spurn the 'Boob Bait' of the Educated Class 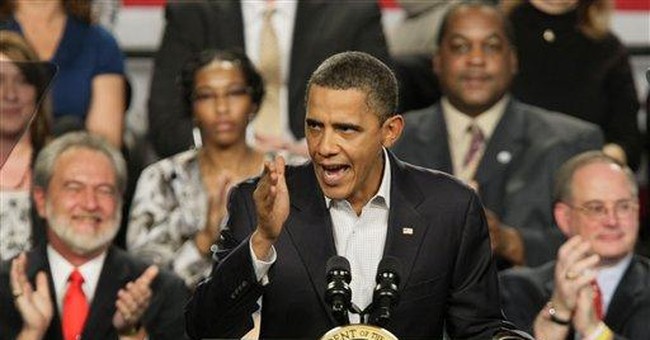 When the New York Times columnist David Brooks first sat down with Barack Obama, they talked a lot about Burke. That's Edmund Burke, the 18th century conservative British politician and philosopher. Not Jimmy Burke, the 20th century Massachusetts pol, who said that all you had to know to serve in Congress was "Social Security and shoes."

The cold hard numbers in the Massachusetts special Senate election this week tell you something important about the appeal of Barack Obama and his policies on his 365th day in office. Democrat Martha Coakley did fine among the voters that would be impressed by your knowledge of Edmund Burke. But she got a thumbs-down and Republican Scott Brown got a thumbs-up from the children and grandchildren of the people Jimmy Burke represented 40 or 50 years ago.

What Brooks has described as "the educated class" -- shorthand for the elite, university-educated, often secular professionals who probably make up a larger share of the electorate in Massachusetts than in any other state -- turned out in standard numbers and cast unenthusiastic votes for the Democrat.

You can see them on the map: the gentrified wards of Boston through Cambridge and Newton and northwest out Route 2 to Lexington and Concord all voted Democratic. You can also find them in the mountains of western Massachusetts, where trust-funders and the college dropouts who wait on them in kicky restaurants form an even more left-wing constituency than neighboring Vermont.

Members of "the educated class" are pleased by Obama's decision to close Guantanamo and congressional Democrats' bills addressing supposed global warming. They are puzzled by his reticence to advance gay rights but assume that in his heart he is on their side.

They support more tepidly the Democrats' big government spending, higher taxes and health care bills as necessary to attract the votes of the less enlightened and well-off. For "the educated class," such programs are, in the words of the late Sen. Pat Moynihan, "boob bait for the bubbas."

But the Massachusetts equivalent of the bubbas weren't biting. South Boston, the home of legendary Irish pols Billy Bulger and Joe Moakley, voted for Scott Brown. Brown only narrowly lost blue-collar Worcester and Brockton, Jimmy Burke's old shoe town. He carried Lowell, with its large Cambodian and Puerto Rican communities. He got more than one-third of the vote in heavily Hispanic Lawrence and Chelsea. And turnout was sharply down in black areas that surged to the polls for Obama in 2008.

The conclusion is obvious. In a race where the Republican promised to be the decisive vote to kill the Democrats' health care bills, working class and minority voters did not rally to save them.

At the same time, voters farther up the income scale surged to the polls in larger-than-usual numbers to defeat Obamacare. Members of "the educated class" may trust government bureaucrats to allocate health care resources -- that's the way they talk -- and to utilize comparative effectiveness research to control physicians' decisions. Many of them are employed by governments or nonprofits and are used to navigating bureaucratic waters. After all, their prime asset in life is their ability to manipulate words.

But voters in middle-income suburbs -- some with many college graduates, some with only a few -- who mostly work in the private sector took a different view. They surged to the polls in far larger numbers than in off-year elections and cast most of their votes, often more than two-thirds, for Scott Brown.

Members of "the educated class" may have heard of Edmund Burke, but they take the very un-Burkean view that those with elite educations can readily rearrange society to comport with their pet abstract theories. These often secular Americans have a quasi-religious faith in government's ability to, in Barack Obama's words to Joe the Plumber, "spread the wealth around" and to recalibrate the energy sector to protect against climate dangers they are absolutely sure are impending.

Ordinary Americans, even in Massachusetts, may not have heard of Edmund Burke, but they share his skepticism that self-appointed experts can reengineer institutions in accordance with abstract theories.

Two generations ago they voted for the likes of Jimmy Burke to make occasional adjustments. Last week, they voted against the Democratic policies that would have appalled Edmund Burke. Barack Obama, of Morningside Heights, Cambridge and Hyde Park, still has the support of "the educated class" -- but not anybody else.