It's a Wonderful Life Working for the Government 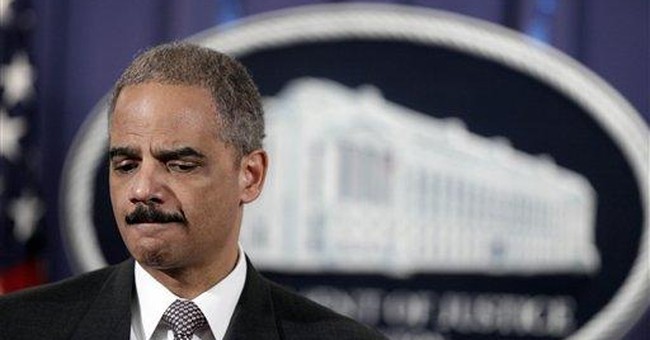 It looks like a happy new year for you -- if you're a public employee.

Nearly half, 44 percent, of government employees rate their personal finances as good or excellent. Only 33 percent of private-sector employees do.

It sounds like public- and private-sector employees are looking at different Americas. And they are.

Private-sector employment peaked at 115.8 million in December 2007, when the recession officially began. It was down to 108.5 million last November. That's a 6 percent decline.

This is not an accident -- it is the result of deliberate public policy. About one-third of the $787 million stimulus package passed in February 2009 was directed at state and local governments, which have been facing declining revenues and are, mostly, required to balance their budgets.

Those unions in turn have contributed generously to Democrats. Service Employees International Union head Andy Stern, the most frequent non-government visitor to the Obama White House, has boasted that his union steered $60 million to Democrats in the 2008 cycle. The total union contribution to Democrats has been estimated at $400 million.

In effect, some significant portion of the stimulus package can be regarded as taxpayer funding of the Democratic Party. Needless to say, no Republicans need apply.

One must concede that there is something to the argument that maintaining government spending levels helps people in need and provides essential public services. Something, but not everything.

For it's more difficult to cut waste and unnecessary spending from government agencies than from private-sector businesses.

As Charles Peters, founder of the neoliberal Washington Monthly, noted years ago, when government is ordered to cut spending, it does things like closing the Washington Monument to visitors. Tourists from the 50 states and 435 congressional districts quickly squawk to their members of Congress, and the spending cuts are rescinded.

When businesses must cut, they do so with an eye to profits -- which is to say with an eye to providing consumers with goods and services they need enough to be willing to pay for. They tend to lay off unproductive employees while striving to retain productive ones.

Governments, restrained by civil service rules and often by union contracts, do not have similar incentives.

The question now is whether they will become commonplace in the United States in the decade ahead. The decision by the Barack Obama administration and the Democratic Congress to hold public-sector employees in place while the private sector is gravely weakened has the potential to put us on that trajectory.

This seems not to have gone unnoticed. Democrats have been surprised that so many downscale voters oppose their big-spending programs. Maybe many of those voters have noticed how much of that spending has gone to public-sector union members, leaving the rest of America with a less-than-happy new year.