The Netroots Put Winning Ahead of Convictions 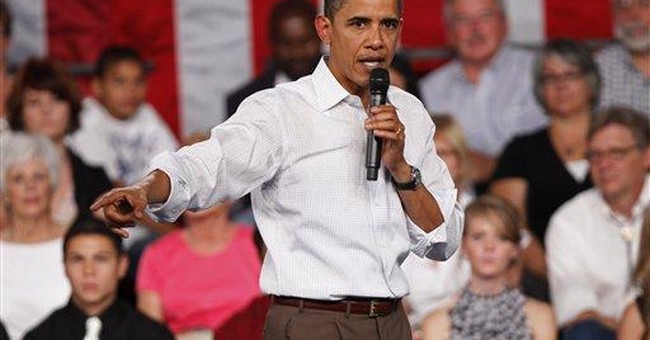 "I am a pessimist by nature, which is why I have spent my life as a journalist instead of trying to be a leader, which requires optimism."

So wrote Robert Novak, who died Tuesday, in his 2007 autobiography, "The Prince of Darkness." Novak's voice was mostly stilled after he was diagnosed with brain cancer in July 2008 -- he seemed to adhere to his longstanding practice of never writing a column in which he did not break news -- but he surely anticipated the problems now facing Barack Obama and Democratic congressional leaders, optimists all.

Not that Obama, Nancy Pelosi and Harry Reid are the only optimists who have been flummoxed by the obviously spontaneous outpouring of opposition to Democratic health care bills -- and to the whole package of Democratic programs, starting with the $787 billion economic stimulus, which threatens to increase the national debt from 40 percent of gross domestic product to a World War II level of 70 percent.

Among those optimists are almost all of the Washington press corps and a large proportion of the 53 percent of voters who cast their ballots for Barack Obama last November, as well as some nontrivial proportion of the 46 percent who voted for John McCain.

Foremost among their number are the netroots -- the young enthusiasts who flock to the Daily Kos blog and are ready to take direction from MoveOn.org. As my Washington Examiner colleague Byron York reported on Tuesday, the netroots, once almost totally preoccupied with the war in Iraq and suffused with hatred of George W. Bush, have now moved on.

They show little interest in Iraq, now that Obama is seeking (though carefully refraining from using the word) victory there, and little more interest in Afghanistan, where Obama has sent more troops and installed a new commander to pursue a new and, the president hopes, more successful strategy.

Instead, the netroots say their chief goal is "comprehensive health care reform." No. 2 is "working to elect progressive candidates" in 2010.

To me this looks less like conviction politics and more like team ball. I can't help doubting that these activists have given long and deep thought to "government option" health insurance or negotiating, as the Obama White House has, nonaggression pacts with pharmaceutical lobbyists and the like.

They sound much more like a crowd at a stadium, eager for a touchdown and not caring much whether it's accomplished by a quarterback sneak or a runback of a punt. There's always an element of team ball in politics, and in the past decade polls have shown that those identifying with both parties tend to support with suspicious regularity just about every jot and tittle of their side's platform.

But the netroots seem to have cared more about Iraq than they do about health care. It's plain that the netroots and those millions on the Obama campaign's e-mail lists have not been motivated enough about health care legislation to show up at town hall meetings in any significant numbers -- unless they're transported by union or Association of Community Organizations for Reform Now buses. They may be optimists -- their team has put a lot of points on the scoreboard in recent electoral contests -- but they seem puzzled by how hard it suddenly seems to move the ball.

In contrast, those who are opposed are motivated to show up and express their anger, and in far greater numbers than the hapless Republican Party or the various health insurance companies could ever muster. Many denounce Republicans as well as Democrats -- they're not playing team ball. Rather, they seem focused on the ways that public policy will affect their lives and those dear to them. They seem to be pessimists, but pessimists who are determined to resist what looks like a nightmare.

So the fight is between those who care about the specifics of health care policy and those who care more than anything else -- as many Americans on all political sides do -- about the image and aura of the man who is inevitably the symbol, here and abroad, of the kind of nation we are.