The Adolescent Angst of Barack Obama 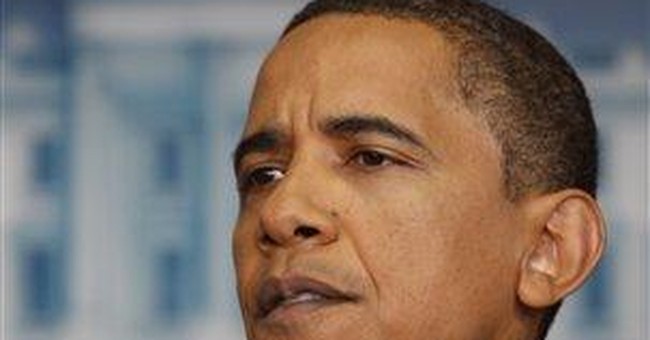 There is a tendency for newly installed presidents, like adolescents suddenly liberated from adult supervision, to do the exact opposite of what their predecessors did. Presidents of both parties indulge in this behavior, though Democrats who campaign as candidates of hope and change are more likely to do so.

Some of this is a legitimate response to the political process: Voters tend to elect presidents who seem to possess qualities and views they thought lacking in their predecessors. But some of it, and especially in the case of Barack Obama, seems to come from an adolescent-like confidence that everything done by those who came before is (insert your own generation's expletive here).

We have seen this spectacularly in the dozen days since the June 12 Iranian election. Back in July 2007, Obama said that he would meet with Iranian President Mahmoud Ahmadinejad and other tyrants without preconditions. Grownup squares like George W. Bush wouldn't talk to these guys, so as the avatar of the generation of hope and change, Obama would. Obama figured he was cool enough to get the mullahs to agree to renounce nuclear weapons and all that hate stuff.

Obama has held to this ever since. Before June 12, he said he would give the Iranian leaders till the end of the year to be enchanted. When millions of Iranians started demonstrating in the streets, denouncing the obvious election fraud and in some cases calling for an end to the regime, his initial responses verged on stony indifference.

He expressed "deep concern" but said he didn't want to "meddle." He issued a statement on June 20 calling on the Iranian government "to stop all violent and unjust actions." Finally, in a hastily called news conference Tuesday, he for the first time uttered the verb "condemn" and said he was moved by the video of YouTube martyr Neda Soltan being shot down by the mullahs' gunmen.

But he clearly hasn't abandoned his policy of seeking the good opinion of tyrants. He didn't even rescind the State Department's invitations of Iranian diplomats to attend U.S. embassy Fourth of July celebrations (halal hot dogs, anyone?). If Bush refused to entertain the emissaries of the Iranian theocrats, it must be right to do the opposite. But even anonymous State Department officials are saying that the chances are dismal for fruitful negotiations with Ahmadinejad or the tyrant Obama insists on calling "the Supreme Leader" by Obama's deadline -- something that seemed obvious to me and many others well before June 12.

A regime of tyrants dedicated to hatred of America, Britain and Israel is not going to be persuaded to abandon a central goal by even the most dazzling display of adolescent charm.

The other example of adolescent rejection of a policy has come on missile defense. Back in the 1970s and 1980s, Democratic politicians opposed missile defense on the grounds -- mistaken in my view, but arguable at the time -- that it would destabilize the balance of nuclear terror between the United States and the Soviet Union. Democrats have clung to that position even after the fall of the Soviet Union, and Obama, as a senator and presidential candidate, joined them, routinely expressing doubts that missile defense could ever work.

As president, he has singled out missile defense for cuts, even in the face of missile launches by North Korea and evidence of continuing missile development by Iran. Bush abrogated the Anti-Ballistic Missile Treaty and pushed ahead on missile defense, so it must be bad even if there's no U.S.-Soviet balance of terror to destabilize anymore.

Fortunately, there has been some adult supervision: Defense Secretary Robert Gates, in anticipation of a North Korean launch, has activated missile defense operations in Hawaii.

Obama has not taken an adolescent approach across the board. Despite the yearning of many Democrats for American defeat in Iraq and withdrawal from Afghanistan, he has pushed for something like victory in those theaters.

But he is persistent in seeking negotiations with the mullahs and obviously disinclined to increase the small chance of the far more promising outcome of regime change. Plus, Obama shows a continued distaste for missile defense when tyrants are aiming missiles at us and our friends.

These moves show an adolescent determination to renounce the policies of those who came before, no matter what. As parents know, it takes time for an adolescent to grow up.