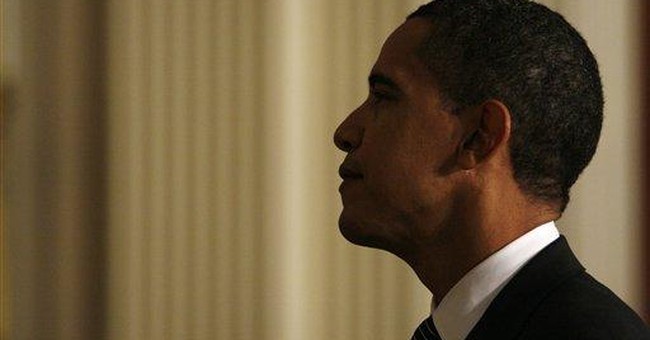 "Animal spirits," said John Maynard Keynes, are the essential spring of capitalism. We depend on the animal spirits of investors, high earners and entrepreneurs for a growing economy.

Keynes, a subtler analyst of market economies than the single-minded booster of high government spending that so-called Keynesian economists depict, knew whereof he spoke. People don't just respond in linear quantum jumps to the incentives and disincentives they perceive around them. They perk up when their animal spirits are aroused, and they slump down into inertia when they are not.

Barack Obama's tax plans, announced in his budget message last week, threaten to depress the animal spirits that we depend on for economic recovery. I reach this conclusion on the basis of my past errors. In 1993, I -- like many economic conservatives -- predicted that the Clinton tax increase, to a 39.6 percent marginal tax rate on high earners, would squelch economic growth. It didn't, or at least not so much as to prevent what became, later in the decade, robust growth.

Why was I wrong? Because, I came to think, the Clintonites managed to hit a sweet spot with the 39.6 percent rate. It was a number that started with a three. To high earners, not bothering to calculate exact returns to the last decimal point but just concentrating on the big picture, it seemed that the government was taking just about one third -- hey, maybe a bit more -- of their incomes. They would get to keep the other two thirds, pretty much. So they proceeded to try to make intelligent investments and to earn large amounts of money without being preoccupied with how much the government would snatch from their hands.

Quite a contrast with the 1970s, when the high income tax rate was 50 percent, and 70 percent on "unearned" (i.e., investment) income. In that environment, the animal spirits of the productive class were directed away from making productive investments and toward sheltering their income from seizure by the government.

I remember rich men in locker rooms engaging in discussions along the lines of, "My tax shelter is bigger than your tax shelter." To heck with figuring out whether your investment was going to be productive in the long term. The only question was how much money you could shelter from the tax collector in the short term.

I think there is a serious risk that the Obama tax proposals are going to bring back those days. Yes, they call for returning the high income tax rate only to the sweet spot of 39.6 percent. But they also want to reduce the amount of the mortgage interest and charitable deductions for high earners, which would channel less money to charities and more to the government (and thus to public employee unions and, through them, to the Democratic Party) and would raise the effective rate on high earners to above 40 percent -- a number with a four in front of it.

Add on to that the state income tax rates of 10 percent or so in place or in contemplation in New York, New Jersey, Connecticut and California -- states with more than a quarter of the nation's high earners -- and you are looking at income tax rates above 50 percent.

When you get a number with a five in front of it, you are in grave danger, I submit, of directing the animal spirits of our most productive citizens away from productive investments and toward tax shelters: "Those bastards want to take half my money, and I'm not going to let them get it." You are at risk of directing our economy back into the unproductive slog of the 1970s and away from the robust growth of the 1980s, 1990s and most of this decade.

My economist colleagues at the American Enterprise Institute tell me they know of no studies that buttress my thesis. Economists tend to believe that opinion moves in linear fashion. But that's not always true. Case in point: gas prices. When gas prices earlier last year were at $2, $2.50, $3 and $3.50, most Americans opposed oil drilling offshore and in Alaska's Arctic National Wildlife Refuge. When they hit $4, opinion shifted. The Santa Barbara County Board of Supervisors and the governor of Florida suddenly favored offshore oil drilling. As for Alaska, nuke the caribou!

Obama in his chosen city of Chicago always assumed that the private sector would be eternally bounteous. As a community organizer following the formulas of Saul Alinsky, he assumed that the political establishment would always be there and that if you organized smartly enough, you could get a chunk out of it.

When he decided that community organizing was small change and went into the politics business, he, like all Chicago politicians, assumed that the private-sector economy would always be bounteous and that if you shook its members down and taxed them, you could always get a bigger chunk out of them. And it has mostly worked that way in Chicago.

But America is not just Chicago writ large. The Obama tax plan, combined with major state tax plans, puts not a three in front of the high earners' tax rate as the Clinton plan did, it puts a four or a five in front of it. And at that point, I fear, the animal spirits of high earners are going to be directed away from productive investment and toward tax avoidance and tax shelters. Away from creating new enterprises that can provide avenues upward for any and all, and toward gaming the system for the well-connected and shrewd insiders. Away from an economy that grows more than anyone imagined and toward an economy where system-gamers take shares of a static pie away from the rest of us. Is that where we really want to go?