Merv Riepe
|
Posted: Jan 16, 2020 12:01 AM
Share   Tweet
The opinions expressed by columnists are their own and do not necessarily represent the views of Townhall.com. 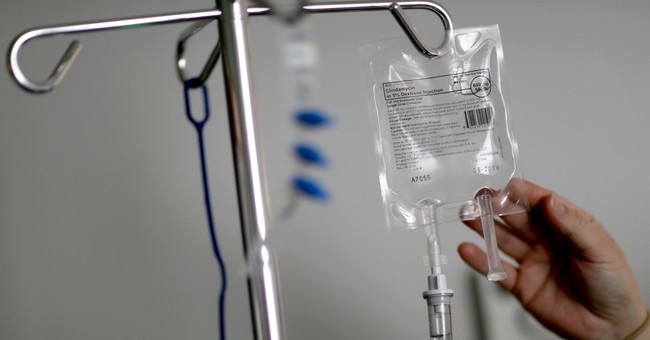 After months of gridlock, the House and Senate have reached a deal on surprise medical bills. The latest agreement between the Senate’s Committee on Health, Education, Labor and Pensions and the House’s Committee on Energy and Commerce is a concoction of failed policies and insurance lobbyist talking points that call for the government to set fixed prices on medical services. Insurance companies would, of course, have a hand in deciding those prices. That’s why they have spent $50 million on mobilizing their army of special-interest influencers to pressure lawmakers into accepting a bad deal. Like Obamacare, it’ll enrich the insurance industry. But it won’t end surprise medical bills.

For one, the lawmakers who crafted the deal violated a cardinal sin in policymaking: they looked to California for guidance. Nowadays, good legislation doesn’t come out of California. “As California goes, so goes the country,” the once political golden rule, now has a different meaning: follow California at your own peril! But lawmakers have yet to heed this warning.

The Senate-House deal parrots a 2017 California State Assembly bill intended to end surprise medical bills by having the government set benchmark, or mandated, prices on medical services. The effects of this law, like many government price-fixing schemes, haven’t been good for patients.

The state is now facing a serious doctor shortage, which has shrunk access to medical care for a wide swath of the local population. CalMatters, a public policy website, reports that “the federal government recommends 60 to 80 primary care doctors per 100,000 people. Statewide in California, the number already is down to just 50 per 100,000 — and in some places it’s even lower.” And California’s doctors have said that nearly 70 percent of their patients don’t have access to timely care. Soon, those numbers will be worse. By 2030, the state will be down 10,000 nurses and doctors.

Government price-fixing has been bad for California. It’ll be worse for rural America. In Nebraska, for example, government-set Medicare rates are behind the closures of a record number of senior medical care facilities. The payment rates are so low that rural senior care centers, which operate on narrow margins, are going out of business. “We’ve just reached a point now where those operators can’t sustain it anymore,” said Jenifer Acierno, who represents nonprofit senior care facilities.

Now, apply those low government rates to hospitals. Insurance companies want the government to set extremely low rates, so that they can nickel-and-dime patients, doctors, and hospitals. Twenty-nine hospitals in critical rural areas in Nebraska are in the red. Lower government-set rates would bankrupt them, leaving many rural patients without access to any nearby hospitals. This would be devastating.

Republicans, if they accept the deal, would be ceding ground to Democrats, who have been pushing for government price-fixing since the beginning. It paves the path to socialized healthcare. But I am confident that key, influential senators, such as Cory Gardner and Ben Sasse, will oppose government price-fixing, and will support alternative solutions, such as independent dispute resolution, which would let an arbitrator decide in individual cases on a fair out-of-network bill after hearing from both the insurer and the doctor. Patients would no longer have to worry about high out-of-network charges.